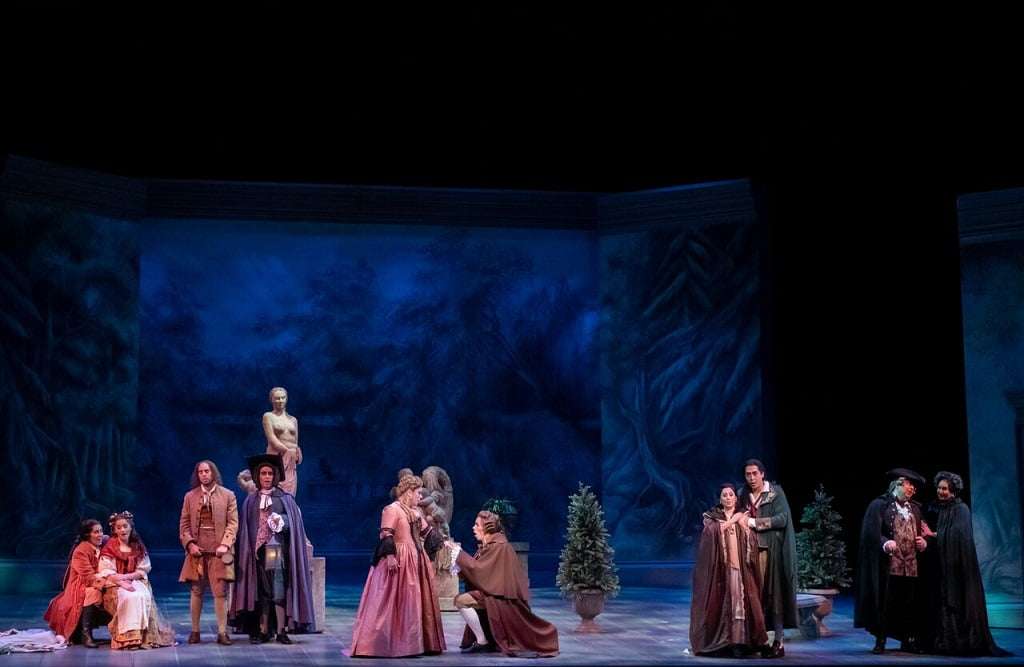 An excellent cast imbues this Florida Grand Opera production of The Marriage of Figaro with beauty and humor. Andrew Bisantz conducts a lively performance that brings out geniality and the vocal ensembles come through in dynamic balance.

Calvin Griffin and Elena Galván are marvelous as Figaro and Susanna, around whom the plot revolves, bringing chemistry and fine comedic timing. Figaro’s determination to outwit his master, Count Almaviva, was politically shocking in Mozart’s day. Griffin’s character is no servant but self-assured and convinced of his noble birth, with a voice penetrating and powerful as Figaro mockingly sends Cherubino off to join the Count’s regiment in ‘Non più andrai’; and he later bemoans how badly men are treated by women. Galván makes a wise and sparkling bride-to-be, excelling vocally as she schemes with the Countess and Cherubino as well as with Figaro; ‘Deh vieni, non tardar’ was beautifully rendered.

The Count and Countess are more-troubled, she hoping to regain her husband’s affections while he is bent on philandering. Lyubov Petrova’s voice is gorgeous in the melancholic renditions of ‘Porgi, amor’ and ‘Dove sono’, and her husband’s plea for pardon is accepted with touching sincerity. Jonathan Michie plays him as bewildered and resentful that his entitlement is constantly thwarted by everyone around him, yet he is ultimately generous to his staff. His frustration at never getting the better of Cherubino is hilarious, as is Mariya Kaganskaya’s portrayal in the pants-role of the sex-crazed page, her breathless ‘Non so più’ and the lyrical ‘Voi che sapete’ both excellent. 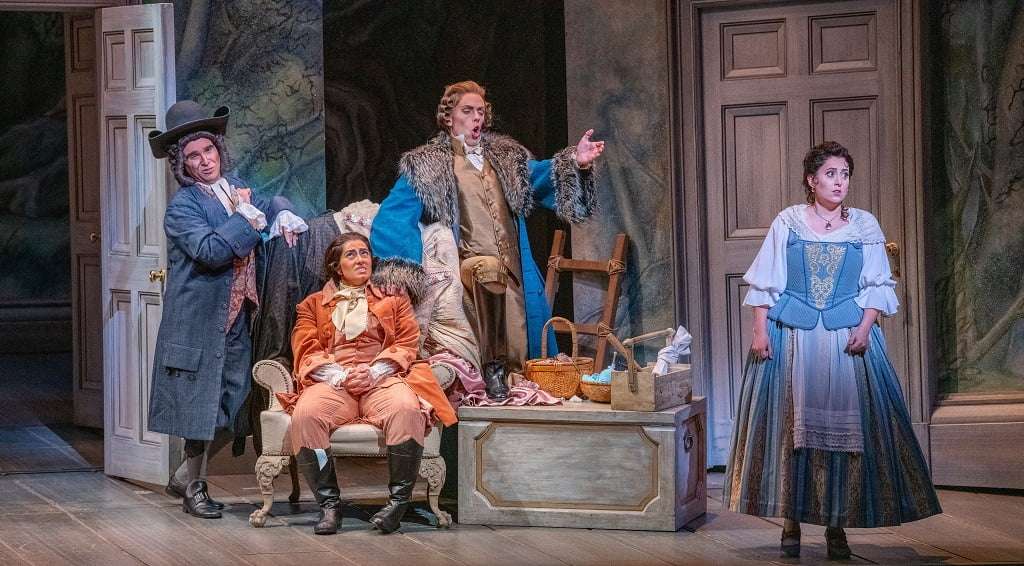 As Bartolo and Marcellina, Figaro’s antagonists who turn out to be his parents, Rafael Porto and Zaray Rodriguez are strong vocally and dramatically. Porto’s powerfully rendered ‘La vendetta’ recalls how Figaro prevented him from marrying Rosina – now the Countess. Rodriguez is terrific as Marcellina trades insults with Susanna in Act One, and becomes cloyingly sentimental once she learns that Figaro is her long-lost son. Dylan Morrongiello is amusing in the dual roles of the music master, Don Basilio, and the stuttering lawyer, Don Curzio. Simon Dyer as Antonio and Evan Kardon as Barbarina also give first-rate performances.

The production, from Michigan Opera Theatre, uses a fairly simple set with doors at either side of the stage remaining fixed as the rear wall is replaced and furniture moved on. The costumes are attractive and appropriate to the story’s period. Helena Kuukka’s lighting is particularly effective in Act Four, at night in the garden.