From the Ancient World to the New World 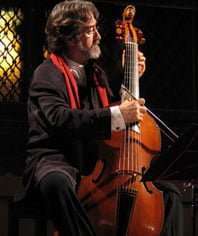 For over five decades through their concerts and huge discography, Jordi Savall, his now-late wife Montserrat Figueras and the Hesperion XXI ensemble have been illuminating the connections between music of different cultures and periods.

Among the most revealing areas of Savall’s tireless research and scholarship has been his work on the links between east and west (as in his Armenian and Jerusalem projects), along with his potent exploration of the effects of Middle-Eastern music on Western liturgical plainsong. The directness with which he applies and shares his knowledge has the time-bending effect of the ancient or merely old rushing up to embrace the present. In general, music-lovers are now pretty blasé about period-performance practices, but Savall’s range and the vitality of his realisations put him in a league of his own.

This Wigmore Hall recital, coming at the end of the year in which Hesperion has been celebrating its 40th-anniversary and with its-Latin America flavour enhanced by two members of the Mexican group Tembembe Ensamble Continuo, used the popular Hispanic dance the ‘Folia’ (madness) in its well-known Baroque form to show off the cross-fertilisation between its Iberian origins and its American and Italian re-brandings. Savall also reminded us that via the spread of the Spanish viol throughout Europe, Celtic music crossed the Atlantic to North America. Then there are the Moorish influences and Cuban reinterpretations to spice things up – with so many cross-references at work, musically we are not alone, and the variety Savall has discovered puts modern cultural homogeneity into perspective.

Many of the pieces played were sets of variations gathering in momentum and density to a point of lift-off, a glimpse of transformation that brings each one to a close. And, despite the fact that most of the composers were church musicians, there was a marked raunchiness to much of the music – a guaracha by the Creole composer Zespedes would soon sound more at home in a Havana brothel than in a cathedral.

There was a similar process going on in Medieval and Renaissance northern Europe, but it was taken to extremes by their southern contemporaries. The three guitarists dominating the six-strong group clinched the music’s ageless modernity in their playing and singing, to spectacular and sexy effect in a ‘Fandango’ by Santiago de Murcia in the Mexican jarocho style. Their virtuoso strumming and plucking made an instant connection with the freedom and fantasy that saturates Gaspar Sanz’s ‘La Petenera’, a Mexican dance that made its way back to Spain via the slave ships for an Andalusian refit. Pedro Estevan’s drum, tambourine and castanets provided rhythmic liberation to the complex overlay of time-signatures with breathtaking ease; and Andrew Lawrence-King provided much in the way of swagger and attitude.

Tightening even further the music’s focus was Savall’s intense, patrician viol-playing. He expands his instruments’ expressive range through the incredible mobility of his bowing technique, and draws us into its intimacy with an almost conversational immediacy.