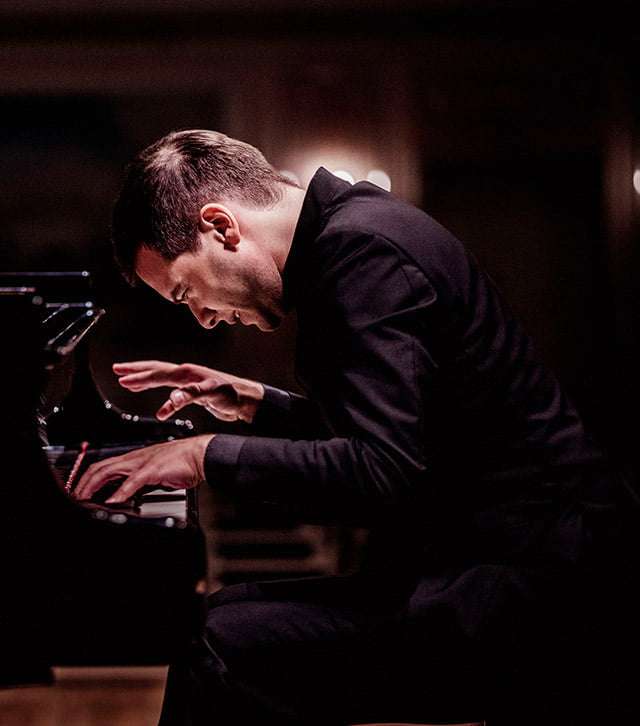 Francesco Piemontesi’s most recent solo visits to London have been as an exceptional Mozart player, so it came as a surprise to hear this fastidious artist in a programme dominated by muscular, virtuosic, turn-of-century repertoire – and if this recital was a statement of reinvention, it succeeded impressively. Ferruccio Busoni’s re-imaginings of Bach’s say more about him and his period’s development of the concert grand piano than they do about Bach, and there is the added bonus of listening to them as you try to get inside their hubristic self-confidence. Some of Busoni’s arrangements make Liszt seem positively minimalist.

Piemontesi, in his second International Piano Series recital, topped and tailed his Bach medley with the ‘St Anne’ organ Prelude and Fugue, in which he matched Busoni’s rodomontade of swaggering tempos, luxurious pedalling and steroid-driven octave doublings to the manner born, in the process sometimes leaving us scratching our heads as to whether Bach was being honoured or lampooned. There were moments when his noble counterpoint vanished into a welter of piano roar, and by the end of ‘Wachet auf’ no sleeper could have been anything but awake. Most importantly, though, Piemontesi took charge of Busoni’s massive demands of weight and technique – only in his mid-thirties, the cool, elegant Piemontesi doesn’t exactly radiate keyboard tyro – and he really got into the spirit of lofty romantic deference to and annexation of the high Baroque. The romanticism, toned down, was there in the Italian Concerto, with some beautifully controlled terracing of dynamics and a subtle reminder that Bach basically dances.

The music in the second half was written specifically for piano, and Piemontesi’s formidable flair for nuance and colour flooded out of Debussy second set of Images. In ‘Cloches à travers les feuilles’ his illusion of overtones glinting above ambiguous harmonies revealed an ear of rare finesse, confirmed even more seductively in his expression of shaded mood and otherworldliness in ‘Et la lune descend sur le temple qui fut’, in which orchestral impressions were there for the hearing. Then his generous powers of imagination went stratospheric in a brilliantly visualised account of ‘Poissons d’or’, which recreated the fishes’ gorgeous, aimless display and living for the evanescent moment in a style verging on synaesthetic. He then returned to one of the big beasts of the piano world, the original (that is, uncut) version of Rachmaninov’s Second Piano Sonata, the relentless demands of which say as much for Piemontesi’s stamina as for his technical security and, in a piece bristling with notes, remarkable clarity. He got closest to the core of the music’s skimming over a surface of melancholy in the Non allegro middle movement, more a suggestion as to state of mind than to tempo, and he steered the big tune of the Finale with immense grandeur. Frankly, I was not expecting this degree of danger, savagery and dark romance, and the effect was visceral. There was a safe place to recuperate in his encore, Schubert’s A-flat Impromptu, D935/2.