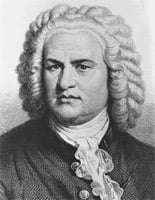 Deprived of baritone Thomas Quasthoff, who pulled out due to illness, the Freiburg Baroque Orchestra’s evening of Bach still turned out to be highly enjoyable. The well-planned programme featured a variety of soloists from the orchestra, and provided a platform for Bernarda Fink in a couple of cantatas. The intimacy of the ensemble (just 18 players at full strength) and the quality of the musicianship ensured that a conductor was unnecessary.

Beginning with ‘Geist und Seele wird verwirret’, the first soloist to be spot-lit was not Fink, but the orchestra’s keyboard player Wolfgang Zerer, who tackled the fiendish solo organ part in the opening Sinfonia (essentially a lively concerto movement) with gusto. Understandably nervous, there were a number of slips; but by the second Sinfonia, half-way through, Zerer appeared to have relaxed, confidently dispatching the virtuosic writing with aplomb.

The atmospheric, heavy-treading poise of the first aria (with the solemn orchestral texture of two oboes, oboe d’amore and bassoon in addition to strings and organ) was followed by the sunny ‘Gott hat alles wohlgemacht’, featuring the characterful solo cello obbligato of Guido Larisch.

Fink’s rich, velvety voice is well suited to this music. She sang with sensitivity and feeling, although her over-reliance on the score (held in her hands) meant there was a constant barrier between her and the audience which prevented full communication.

The next soloist was flautist Karl Kaiser in the well-known B minor Suite. Although not as consistently starry a role as in a concerto proper, the flute is frequently required to shine out from its orchestral colleagues (strings and harpsichord). Kaiser fulfilled this role admirably with poised and fluent playing, making nimble work of Bach’s written ornaments and adding stylish embellishments of his own. There was a murmur of appreciative recognition from the audience at the start of the ‘Badinerie’ (or possibly some thought that their mobile phone was ringing!), rollicked through with terrific verve.

The most impressive soloists were violinist (and leader) Katharina Schreiber and oboist Katharina Arfken in a concerto reconstructed from Bach’s own transcription for two harpsichords. The two Katharinas made the most of the interplay between solo parts, especially evident in the central Adagio, a movement with a poignancy approaching that of the celebrated Largo from the Concerto for Two Violins. Schreiber and Arfken effortlessly dovetailed the melody, outstandingly fluid oboe-playing matched by the sensitive violin. Neither soloist put a foot wrong, making the mesmerising virtuosity of the concluding Allegro seem deceptively easy. Supported by outstanding orchestral playing, this performance was an absolute joy. 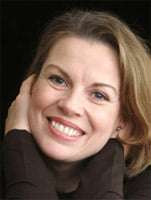 Bernada Fink returned for ‘Vergnügte Ruh, beliebte Seelenlust’. An exceptionally mawkish text by Georg Christian Lehm (with lines such as “I am sick of living any longer / So, Jesus, take me hence!”) nevertheless inspired Bach to produce some of his most uplifting music. The richly scored, flowing opening aria beautifully evokes heavenly rest; while the contrasting second aria lamenting “wayward hearts” which are “so offensive” to God is bleakly scored for violins and flute only, with no bass line.

Fink again proved well-tuned to the nuances of the music, but stopped short of total captivation. In the curiously upbeat final aria (given the suicidal text), her continued reluctance to lift her head out of the score meant that she was upstaged by Wolfgang Zerer, delighting in the flamboyancy of the chirpy writing for organ.

There was no need for an encore; the sombre ‘Stirb in mir, Welt’ from BWV169, though well-sung, was something of a tailing-off to what was otherwise a thoroughly satisfying evening.