After a tremendous performance of Vaughan Williams’s Fourth Symphony earlier in the month by this orchestra and conductor, it was gratifying to find both again on top form. This time joined by the WASO chorus, the West Australian Symphony Orchestra under Yan Pascal Tortelier presented an aural equivalent of a French four-panelled oil painting – hence the concert being named “French Colours”.

Four master orchestrators were represented, conducted by a master colourist. The concert opened with a spirited performance of Berlioz’s Roman Carnival Overture before violins, violas and clarinets disappeared, their places being taken by two pianos and a harp in readiness for Stravinsky’s “Symphony of Psalms”, written in Paris by a Russian for the Boston Symphony Orchestra.

This was a beautiful, controlled account, with Tortelier highlighting the balance between the cool, formal qualities of Stravinsky’s writing and its often-striking exuberance. The WASO Chorus did a tremendous job in emphasising the stark, fragmented qualities found in much of the vocal writing without totally reliquishing the sensuality of line evinced in the more chant-like sections, while the orchestra, particularly in the second-movement double fugue, savoured the other-worldly objectivity of Stravinsky’s musical conception. 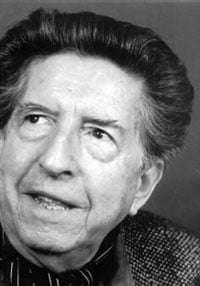 The second half began with Dutilleux’s Métaboles, written for the Cleveland Orchestra and George Szell, its shifting palette of subtle orchestral colours proving an ideal transition from the Stravinsky to the Debussy. If the first section highlighted the suppleness of the wind playing, with delicate figurations dancing over a bed of strings, the second showed just how good the string section can sound under a fine conductor. The extremes of register and full-bodied texture consequently achieved the effect Dutilleux was probably striving for – something rich and strange. The following two movements showcased the talents of the brass and percussion sections, before the final section brought the entire orchestra together for a blindingly (figuratively speaking of course!) intense climax.

Debussy’s La mer was no less impressive, Tortelier conducting from memory (as he had the Berlioz) and exercising his supreme control of tempo and balance (the latter not least on the podium, considering his fondness for leaping in the air!). The big climax in ‘De l’Aube à midi sur la mer’ was made all the more effective by the gradual build-up of tension beforehand, to be echoed in the closing moments of the finale, ‘Dialogue du vent et de la mer’, with the entry of the trombones and tuba sounding particularly glorious. The tapering-off of sound in ‘Jeux de vagues’ was managed with equally felicity.

Tortelier really is a fine conductor, and both orchestra and audiences seem to love him. I hope it’s not too long before he again visits these shores.