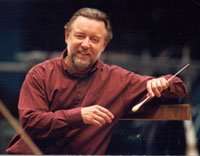 This finely prepared and attractively programmed concert graced the second evening of this year’s Chelsea Festival and suggested that the Royal Philharmonic and Sir Andrew Davis as a potent partnership (I can’t immediately think when he last conducted this orchestra, in London anyway, but he has two RPO dates next season, in April and June 2008).

For all the immediacy and lucidity that is the hallmark of Cadogan’s Hall acoustic, there are times when it is too revealing and somewhat harsh. As it proved in the opening Delius item – edgy and bright in the main climax; hats off, then, to orchestra and conductor for at least suggesting atmosphere and conjuring veiled sotto voce expression in this operatic interlude with some beautiful and sensitive playing that didn’t wallow and also clarified Delius’s notation as more than a mush of sound.

It was good to hear Mother Goose played complete (Ravel adding a ‘Prélude’, an additional movement and several interludes to the five sections familiar from the piano duet and orchestral ‘suite’ versions) and in a performance that was scrupulous and without false sentiment. Indeed, Andrew Davis’s flowing speeds introduced a waspish quality to the few overtly dramatic parts of the score and retained an innocent magic throughout a performance that was absolutely at-one with the composer’s sensibilities. With no lack of vividness, Ravel’s wondrous palette of sounds was glowingly revealed and pristinely detailed – with many excellent solos along the way – and with no lack of heart and tenderness when required. All was gloriously preserved within Ravelian boundaries so that his very particular refinement and extended unruffled sense of phrase seemed part of a concise whole. 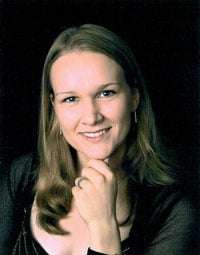 No doubt aided by a well-sounding organ (for an electronic instrument), but with only four double basses (down from the six for the concert’s first half), a sense of depth and expanse was created in Cadogan Hall for Fauré’s “Requiem” that was altogether appropriate. The 34 members of the Joyful Company of Singers (21 ladies, 13 gentlemen) were ideal in size and in equilibrium (despite the seeming discrepancy of gender imbalance!); if, sometimes, the choir-members’ enunciation seemed too clinical, the singers’ unanimity of phrase, tone and pitch was gratifying. Davis’s tempos were judged with certainty – each of the seven movements given with integrity and without excess – and with a certain reserve and formality that reminded of the work’s religious basis while presenting this most beautiful, often-serene work with unforced yet all-enveloping ecstasy. 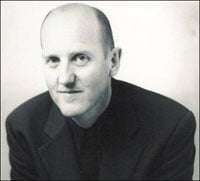 As heard in this ‘usual’ version, the upper strings have little to do, no doubt the orchestrator (probably not Fauré but, rather, one of his pupils) keeping in-line with the Original Version’s requirement for a sparingly used solo violin; otherwise violas and lower strings have the lion’s share – and these musicians played with admirable beauty of sound and dedication. In Fauré’s exquisite, perfectly judged and positioned setting of ‘Pie Jesu’, Joanne Lunn, ideally placed aloft and distant, was wonderfully radiant and ‘pure’; in the baritone solos the always-dependable Alastair Miles was focussed and richly communicative. In the fifth movement ‘Agnus Dei’ it was no surprise, given his strong Elgarian associations, that Davis found a kinship with “The Dream of Gerontius” (the build-up to when Gerontius is about to meet his maker and when Fauré brings back his opening material – Fauré completed his Requiem setting more than a decade before ‘Gerontius’ was first heard). And in the succeeding movement of Fauré’s work, Davis also stirred-in enough drama to associate the work with Verdi.

In short this was a superb concert that was compelling, satisfying and revealing.