An opportunity to reappraise a potential lost gem is always an enticing prospect and here Garsington mounts the first fully-staged production in the UK of Offenbach’s appealingly and intriguingly named Fantasio. 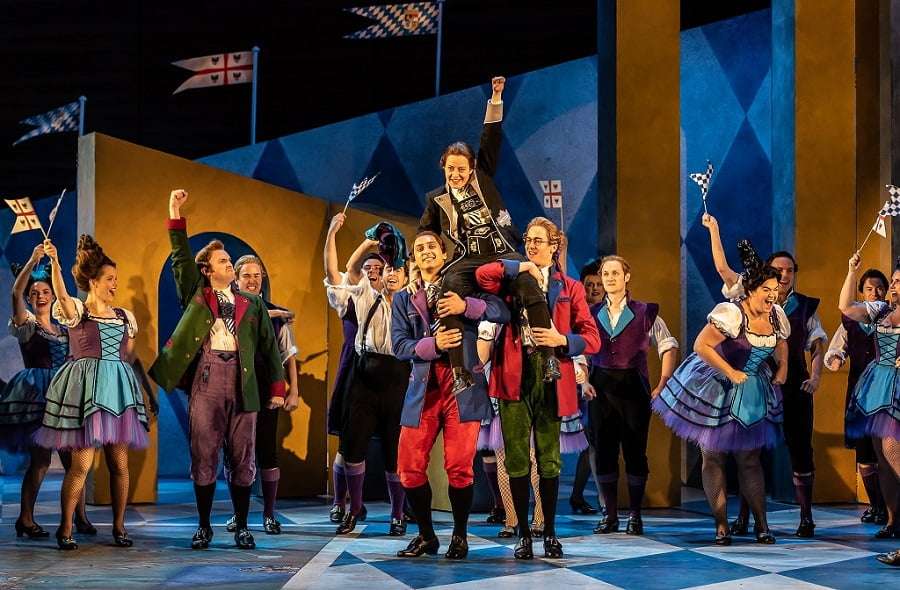 This opera largely disappeared without trace after its initial, somewhat unsuccessful, run in Paris in 1872, owing to Offenbach’s moving away from the successful format of his classic operettas as well as to the subject matter which eschewed skits on classical mythology or Parisian gaieté.

Instead, the plot hinges on a politically expedient royal marriage between Mantua and Bavaria, between which states there is evident tension – not perhaps areas of great interest to the Parisian audiences of the time. The Bavarian princess wishes to follow her heart, her intended is depicted as a hapless suitor with inept diplomatic skills, and the classic love triangle is completed by an impecunious young male poet Fantasio who ingratiates himself into the courtly struggles by re-incarnating himself as the recently deceased Bavarian court jester.

Those expecting ‘classic’ Offenbach composition may be surprised to discover that despite all his melodic invention and customarily brilliant orchestration that the work is infused by a significant touch of the wistful and melancholic. Though there are few showcase toe-tapping numbers there are some great arias and duets. The orchestral score is an engaging listen, and those moments when a simple tune or even an elongated phrase on the strings becomes beautifully decorated by introduction of predominantly woodwind decoration are myriad. 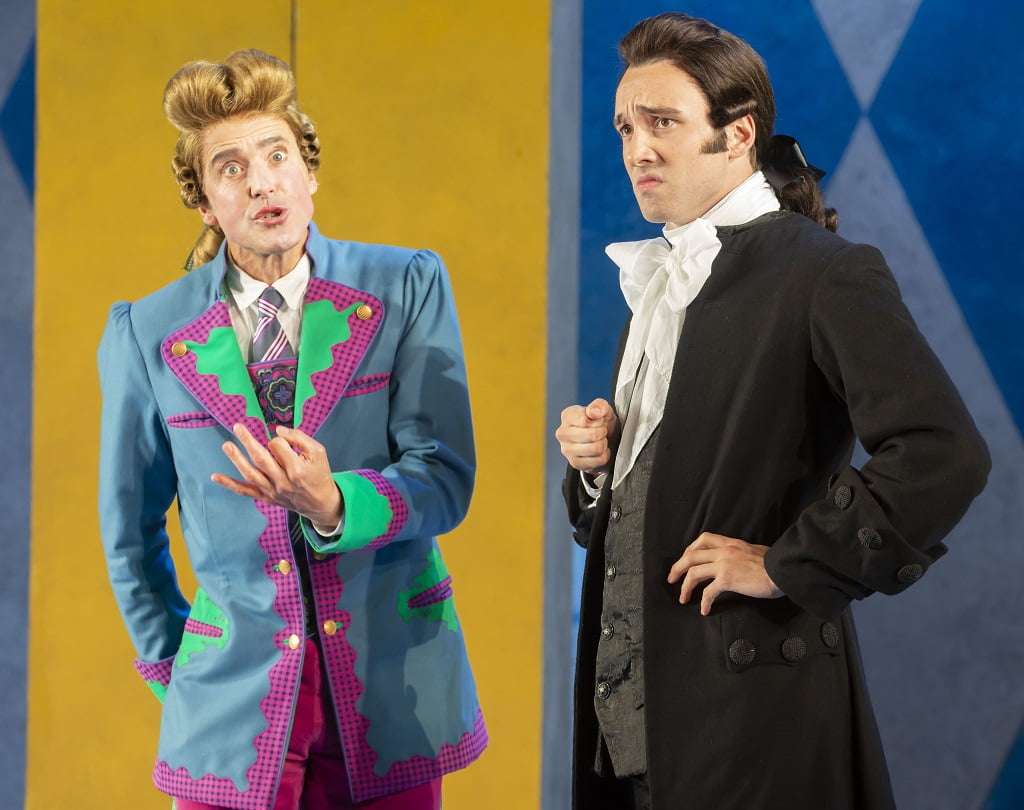 The singing is excellent. Jennifer France dazzles with the high, decorative coloratura of Princess Elsbeth whilst bringing in a necessary sense of latent fieriness, and in contrast enchants with her beautifully poised introspective numbers as well. That this voice blends so harmoniously with Hanna Hipp’s sappy, velvety mezzo is a great advantage. Hipp’s part is the trickier as she has to engage with the audience much more than the others and she does so with engagement and charm. Huw Montague Rendall sings the Prince of Mantua with a generously rounded baritone and is expertly contrasted and offset by Timothy Robinson’s pointed Marinoni. The trio of students is strong, Benjamin Lewis taking the lion’s share.

The Chorus is on great form, singing with generosity and gusto and engaging in the complex choreography.

But there is a ‘but’. The plot is creaky to say the least, and its weaknesses cannot be overcome by either Jeremy Sams’s expert translation/edition or Martin Duncan’s energetic production in Francis O’Connor’s bright eye-catching designs. The issue is surely with de Musset’s libretto which does not allow one to empathise with any of the characters, nor exploit the comic opportunities to the full. The device of the Prince and his servant changing roles and costumes seems a tad forced, and elsewhere the action is propelled more in the dialogue than the musical numbers, but at the expense of muting the comedy. The element of the seriousness in the music somehow has little relation to the drama. It is a bit akin to Sullivan writing a comic opera without the theatricality of Gilbert to focus the satire.

The French equivalence to the role of Fantasio is Lazuli in Chabrier’s L’Étoile (composed five years later) – a far more rounded and sympathetic creation. On this evidence Fantasio is no rediscovered masterpiece, but it is great to have seen it from Garsington’s lively team.