Handel
Semele – Opera in three Acts to a libretto by William Congreve [sung in English, with English surtitles] 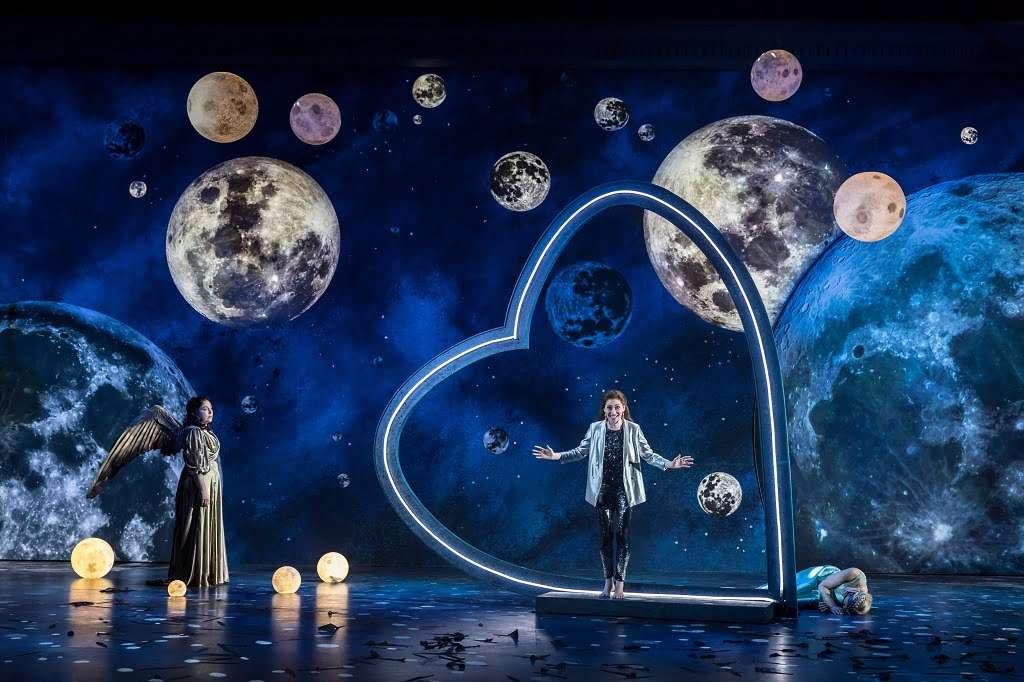 Charles Jennens, the librettist for Messiah and several of Handel’s other Biblical epics, described Semele, setting William Congreve’s re-telling of a Greek myth, as “no oratorio but a bawdy opera”; had he lived today he might have called this production simply a ‘soap opera’ and we would know what he meant.

Annilese Miskimmon places Act One in the context of the wedding to take place between Semele and Athamas, but as the former is enamoured with Jupiter there are predictable disruptions aplenty to the festivities. Not only does she twice refuse to be led to the altar by her father, Cadmus, but a conflict in romantic loyalties emerges with the revelation that her sister Ino is in love with Athamas. Although Semele’s fateful confrontation with the ineffable, divine nature of her lover is imaginatively presaged with the volatile crackling of the electric chandeliers in the temple, it is clear from the start that the mortal characters are caught between larger forces which can only propel matters to a bad end when a pregnant and jealous Juno appears with her brood of seven daughters before any of the wedding guests arrive.

It is not clear why the goddess Juno should appear in an emptied, human state there and throughout Act Two when the production otherwise carefully delineates the world of the mortals in the first Act (before the interval) and that of the gods in the subsequent two Acts for a second half of two hours. It struggles to hold our attention for that duration, despite some individual moments of visual beauty. The empyrean realm of the gods to which Semele is whisked off in nothing other than an aeroplane (with an attendant chorus of cabin crew, looking like Ryanair employees) is suggested by a series of moon-like planets on the stage set, out of one Jupiter appears from time to time. His presence, however, is oddly uncharismatic (even in the form of a mortal) which is surely attributable to directorial fiat rather than any failure on Robert Murray’s part, who at least turned in a musically commendable performance combining lyrical beauty with vocal strength. 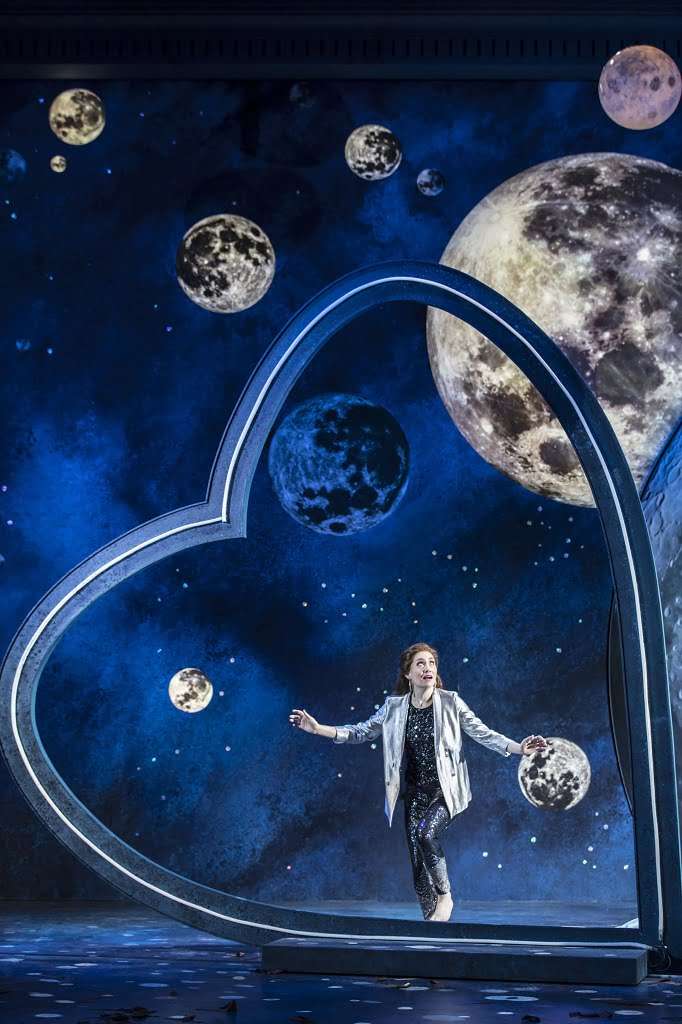 The flutter of glittering leaves over Semele during Jupiter’s celebrated ‘Where’er you walk’ is something of a cliché, whilst having Juno undergo labour pains in Act Two makes little sense of her status as one of the gods. However Christine Rice rose above such an incongruity and contortions to give a portrayal of commanding conviction. There is, presumably, a deliberate and suggestive irony in the fact that much of the backdrop for the production features the shade of blue that is associated with the Virgin Mary in religious art, for Semele shows none of the same forbearance in her encounter with the divine as she demands more and more.

Despite having recently sustained a foot injury, Heidi Stober gave a lively account of the title part, initially singing with fresh-voiced charm, but despatching the vocal pyrotechnics effortlessly as she becomes more outrageously confident in pursuing her aspirations to “endless pleasure” and immortality. It is a striking idea that Patricia Loveland stands in as a charred, wizened Semele when Jupiter acquiesces with her request that he appear to her in his fully divine, fiery nature which must lead to the death of a mortal. There is consolation in that Bacchus, the god of wine, arises from her ashes, and it seems that his appearance in the world as a baby is the tenuous warrant for counterpointing that with Juno’s own pregnancy.

Jurgita Adamonytė as Ino is more humanly affecting in expressing her feelings for Athamas in Act One with yearning ardour. Christopher Ainslie in the latter part sings with fluent, graceful ease but cool emotion, and so the duet with Ino ‘You’ve undone me’ was fairly passionless. David Soar straddled the worlds of the human and the divine: first as a firm-voiced Cadmus, who anxiously urges Semele towards marriage with Athamas; and then as the more sonorous and idiosyncratic figure of Somnus whom Juno enlists to exact her revenge upon the mortal, providing some of the more subtle wit which this production tends to lack, as it lunges between the absurd and the surreal on the one hand, and the tragic on the other.

Jonathan Cohen’s direction of the Garsington Opera Orchestra provided a gloriously consistent point of focus. A reasonably-sized ensemble of modern instruments offers gravitas and nuance in the Baroque variety of Handel’s sumptuous score. Cohen secured grandeur in the choruses by conducting with vigour and precision exactly met by the superb singers, and also more intimate detail when leading from the harpsichord in less extensively scored numbers. It is testament to the contribution of the musicians and the fertility of Handel’s score that they filled in and underlined the emotional and dramatic gaps missing in this production.