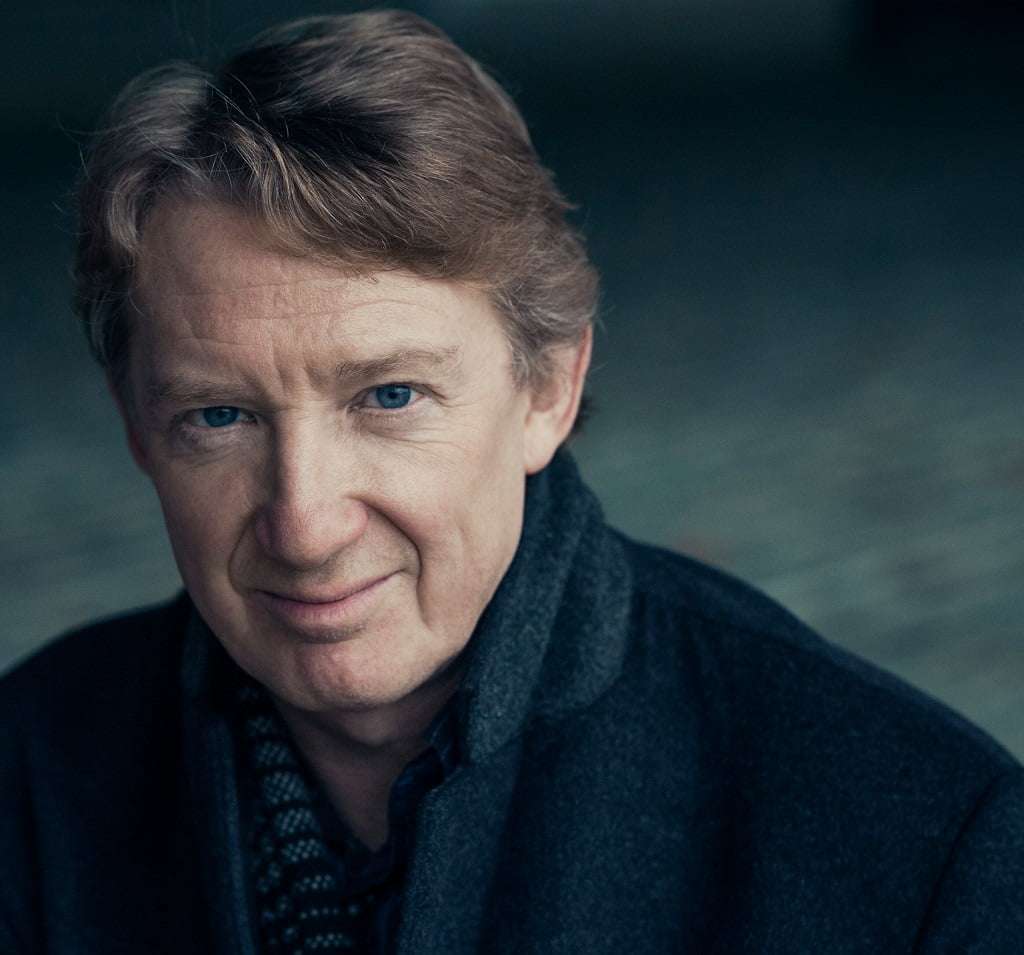 Following the run at Garsington (we reviewed first-night), this Shakespeare/Mendelssohn A Midsummer Night’s Dream stopped off in London for three evenings (this was the second) before heading to Stratford-upon-Avon. It proved very enjoyable, lively certainly, and the two hours of performance passed quickly.

This “tale of love and chaos is set in a magical forest…”. You had to imagine that last bit, for there was not even some green, let alone a grassy knoll, although there was a sprig of leaves in Act Two. Yet it says much for the invention and the acting that for all the sparseness of the set (the Queen Elizabeth Hall stage as normal, with two raised acting areas left and right, and the orchestra placed behind) that there was so much that was involving and suggestive. A lot of the success goes to the QEH itself, its immediate, focussed and faithful acoustic carrying effortlessly every nuance of speech and music. And what a joy to not have the actors amplified: it’s good to know there are still performers who can project and not rely on artificial stimulus, so we were able to appreciate natural (varied) dynamics and perspectives.

The marriage of Shakespeare’s script and Mendelssohn’s music worked splendidly, made for each other if created a couple of centuries-plus apart. Mendelssohn wrote the miraculous Overture as a teenager, and intended it as a concert work, later adding the other numbers for an in-German production. Here Douglas Boyd conducted a smallish ensemble (but in no way ‘reducing’ Mendelssohn’s scoring) and, indeed, including the today-rare ophicleide (usually it’s the thicker-sounding tuba that gets used) and its lighter timbre was appreciated. Overall, the music was well-served. One might have liked some quieter playing in the Overture, more precise chording elsewhere (for all Boyd’s business-like approach) and, conversely, a little more phrasal flexibility, but personality was evident from the instrumentalists and what we heard from them was ‘made to measure’ and was an exact fit. Best of all was a mellifluous outing for the ‘Nocturne’, with easeful horn-playing, that magically rounded us into the interval, and the ‘Wedding March’ was stirring. The ladies of the chorus, two of them taking the solos, were excellent.

The cast was marvellous, so much energy, precise interaction, and clear enunciation. Each actor brought his or her character(s) to life and there was no flaw in word or accident in the athletic display (lots of running around!). It is therefore invidious to pick out a fabulous foursome from this select troupe: David Rintoul as Oberon and Theseus, Forbes Masson as Bottom, Hedydd Dylan as Helena and Oliver Johnstone as Puck, the latter mercurial and ideally weightless of voice; he girdled the World very convincingly.

Some cute choreography occasionally graced a musical piece, a little noisy in relation to what was being listened to, but it was also evident that respect was being shown for the score, and some dainty footsteps were pleasing. The passing of flowers from and back-to Puck was an ingenious deceit, and if one was at first incredulous of the need for cast and chorus to don head-lights (to evoke being active in the dark), this and other possibly-risible actions soon came to convince.

Oh, I shouldn’t forget the full moon (which looked a bit ‘bathroom’ at first but again became what it was meant to be). Maybe some alchemy was at work here because initial dismay – on both the musical and scenic fronts – turned to admiration and joy, and the Mechanicals’ ‘play within a play’ (mention a “prologue” and Frankie Howerd comes to mind!) was a laugh-out-loud hoot, a “wall” of words, and even phallic! Minimal lighting was well-judged, it was enough, and ultimately the show fitted the adage ‘less is more’ even down to that unseen if easy to imagine grassy knoll. More tangible were a couple of blankets, a picnic-basket and an umbrella. Costumes were between formal and casual, and seen as timeless, just like to the sentiments expressed.

This animated, vivid and enlightening MND turned out to be a treat, and graced the QEH that is soon to be out of commission (along with the Purcell Room and Hayward Gallery) while architectural changes are made. Whatever the resulting aesthetic, a word to the good folk at Southbank Centre: please don’t tamper one iota with the QEH’s acoustic, for here it acted (as it were) as near-perfect for this enterprising and well-made production.