Handel
Saul – Oratorio in three Acts to a libretto by Charles Jennens, based on the two Books of Samuel [sung in English, with English surtitles] 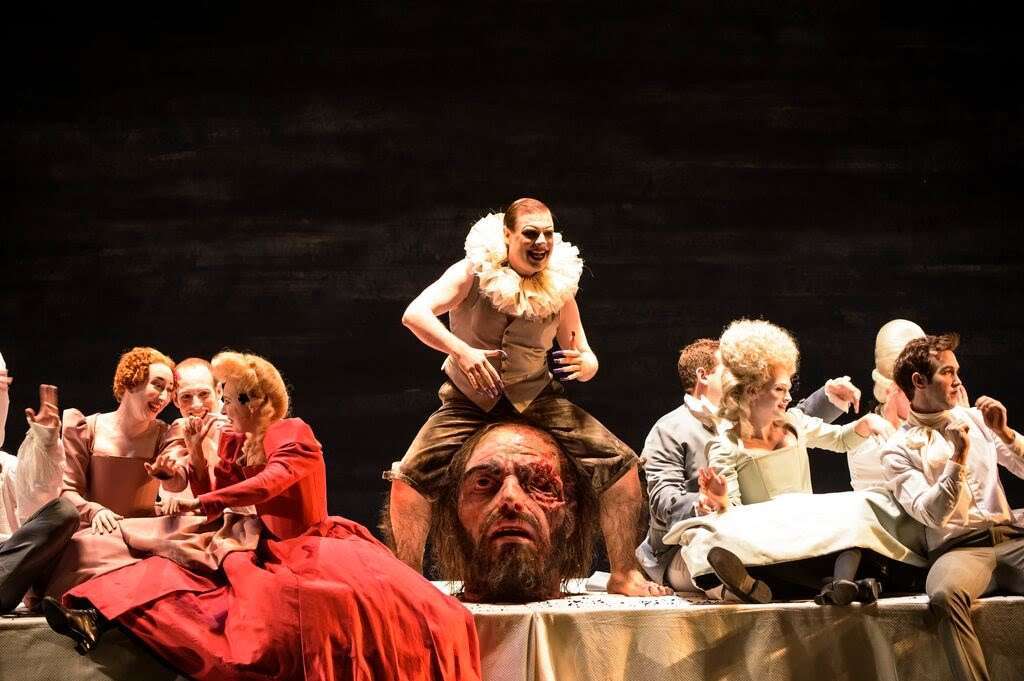 You wouldn’t think that Barrie Kosky (who currently presides over one of the headquarters of contemporary German theatre, Berlin’s Komische Oper) and Glyndebourne are natural bedfellows. Kosky has been amazing at alienating audiences for some years, and there was no telling what his Sussex debut (and first foray into Handel) would make of a composer celebrated in some of the summer festival’s most-praised productions.

The result is a triumph, Kosky’s famously informed directorial thoroughness joining up with Glyndebourne’s equally painstaking rigour to create one of the house’s great presentations.

Handel wrote Saul as an oratorio, using his librettist Charles Jennens’s skilful compression of the Biblical story of King Saul’s increasingly erratic and jealous treachery towards David, the slayer of Goliath, and David’s relationships with Saul’s daughters Merab and Michal and his more celebrated one with Saul’s son Jonathan. Its narrative races ahead with little opera-style preparation of mood and emotion, and one of the many strengths of Kosky’s staging is that he adds a sense of cohesion and dramatic growth that is decisive, inspired and very, very moving – however extravagant Kosky’s virtuoso directorial gestures and insights, you never for a moment suspect he is pebble-dashing Handel’s oratorio/opera hybrid with hefty concept but rather that he is treating the music and the story with the utmost respect and affection. 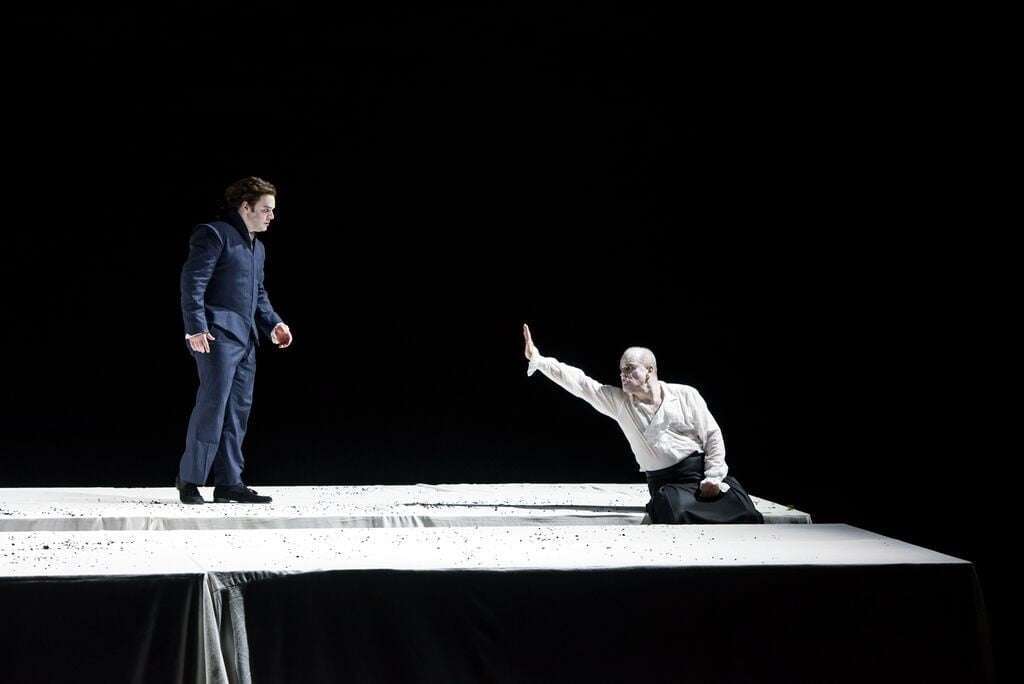 Kosky presents David’s brilliant success at delivering Israel from Goliath and the rampaging Philistines as the trigger for Saul’s descent into madness, and charts it with Lear-like intensity. Saul is first seen as a Lord of Misrule presiding over a court of epic debauchery, but it’s not long before his tyrannical capriciousness and rage give way to the lengthening shadows of dementia. The scenes where David tries to soothe Saul with his harp and Saul’s Beckett-like encounter with the Witch of Endor are profoundly tragic and disturbing, and you could feel the staging seep into the music with an uncanny sense of rightness.

But it is far from all gloom. The opening court scene (after the long Overture, played without any directorial intervention), with the courtiers scrambling over a grotesquely over-laden banquet table, showed off the chorus in full, zany-baroque overdrive, taken further by the troupe of six dancers, thrillingly choreographed by Otto Pichler, whose dancing dug with delirious abandon into the music.

The post-interval scene is both apposite and beautiful, and the organ solo (played brilliantly by James McVinnie), where the baroque bubble-and-squeak chamber instrument rose on the stage’s revolve with all the tongue-in-cheek majesty of a mighty Wurlitzer – a wonderful, witty piece of sheer showing-off, all the more potent for the way its impact was suddenly and cleverly subverted. 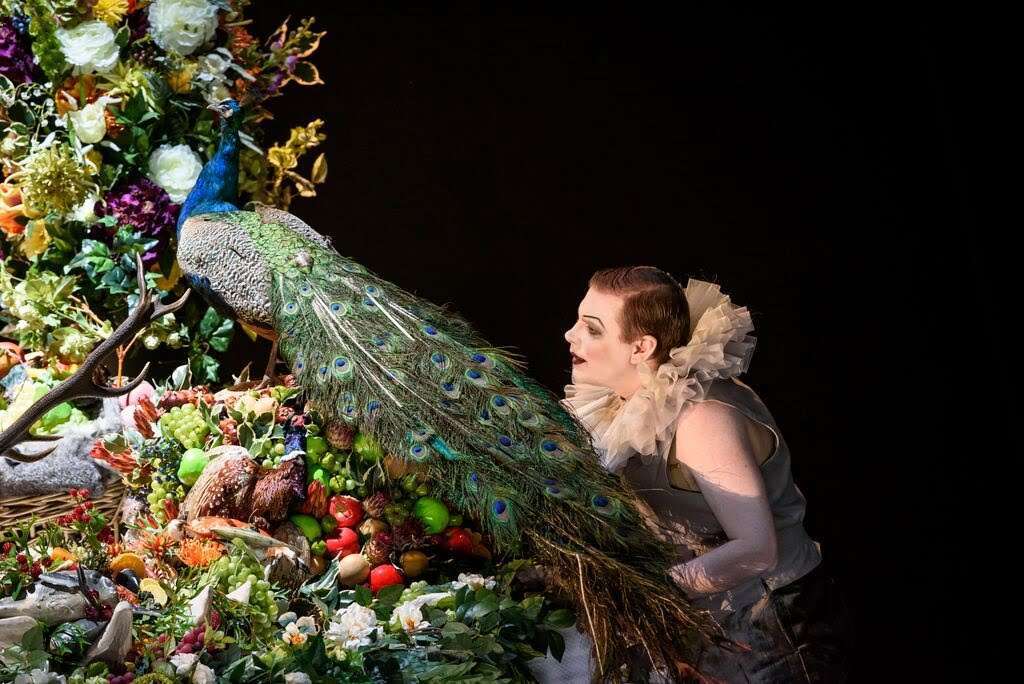 It was the quieter scenes, though, that burrow into the imagination, with one deftly-made coup after another, culminating in the unforgettably repulsive staging of Saul’s encounter with the Witch of Endor, where Saul becomes the ghost of Samuel. The closing chorus, which marks a sober retreat from mock-Georgian excess to Protestant piety, effectively made the point that Kosky hadn’t been banging any particular religious or political drum, although the work is laden with that potential. Katrin Lea Tag’s costumes, a gothic pastiche of Georgian baroque heavy on wigs and heaving bosoms, defined the very roughly period flavour and further enhanced Kosky’s freakishly fertile imagination, capped by the quality of the soloists.

Christopher Purves’s portrayal of Saul is a huge and disturbing performance, his singing and acting every bit as tragic as his unscripted outbursts of mania. Iestyn Davies, his countertenor flooding the house with its agile fullness, played David with remote, Hamlet-like detachment. His friendship with tenor Paul Appleby’s secure, lyrical Jonathan, was intriguingly ambiguous, with its homoerotic potential short-circuited by David. Kosky made Benjamin Hulett’s strongly sung Abner into a lurid Fool-figure for the Lear-like Saul. John-Graham Hall’s hermaphrodite Witch of Endor is a brilliant creation, sung with an unearthly sense of resignation. The haughty Merab, who initially thinks marriage with David is beneath her, was sung in fine Handelian style by Lucy Crowe, and while Michal’s girlish glee at getting the man she loves struck a false note directorially, Sophie Bevan sung the role with consistent lightness and beauty of tone. The Glyndebourne Chorus was stupendous, Handel’s amazing writing delivered with shattering immediacy, and you couldn’t take in all the detail of Kosky’s direction. Ivor Bolton and the OAE delivered one of Handel’s noblest, most fascinating scores with endless sensitivity and grandeur, with Bolton faultless in his support of both the singers and the staging.

Glyndebourne has provided me with some of the great opera experiences of my life, but Barrie Kosky’s Saul really is in a league of its own.