As with Delibes’s Lakmé, Opera Holland Park has made something of a specialty of Italo Montemezzi’s L’amore dei tre Re. True, this is a revival of its well-received 2007 production rather than a new one, but Martin Lloyd-Evans’s staging was convincing then and remains so now – not least through underlining that, for all its reputation as a claustrophobic melodrama, L’amore is at least as much a political opera in throwing the volatile relationship between an autocratic ruler and his vengeful populace into acute and finally explosive relief.

Perhaps this was to be expected from an opera first staged in 1913, subsequently enjoying a success that extended over four decades and which still enjoys frequent revival in Italy and occasionally at New York’s Metropolitan. This had been the first professional production in the UK since the 1930s, and Lloyd-Evans catches exactly the pervasive mood of simmering unrest in the monochrome brutalism of Jamie Vartan’s set and Mark Jonathan’s interrogatory lighting: the medieval Italian setting is transformed into a totalitarian state of our own time. 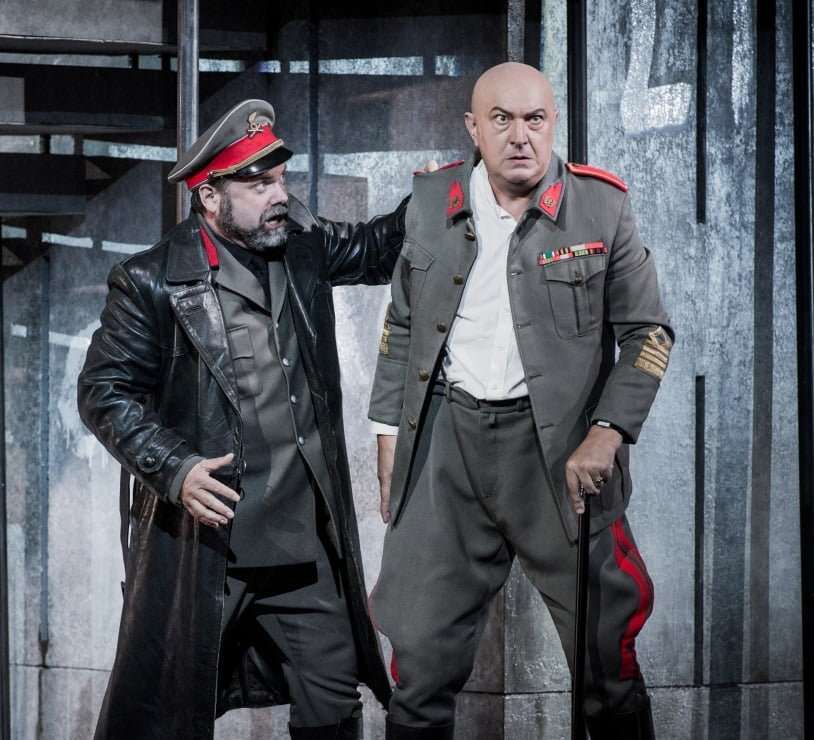 Vocally the production is cast from strength. Repeating his earlier portrayal, Mikhail Svetlov is a formidable Archibaldo, conveying both the implacability of a dictator only too aware of his imminent downfall and a thwarted lust such as overrides concern for his son’s honour. At first a little constrained as Fiora, Natalya Romaniw rose impressively to the challenge of her love duets and fateful confrontation, while Joel Montero overcame initial tentativeness as Avito to give a convincing account of pained resignation as the opera reaches its denouement.

While his is by definition a less compelling role, Simon Thorpe made the most of Manfredo’s increasingly desperate entreaties to his wife as he realises his inability to win her over – his fatalistic farewell an undoubted highpoint. Another ‘survivor’ from the 2007 cast, Aled Hall is sympathetic as Flaminio – his divided loyalties tellingly conveyed through his brief yet pertinent exchanges. The Opera Holland Park Chorus had little to do until the last Act, but came into its own with the baleful writing that adds notably to the impact of the final stages. 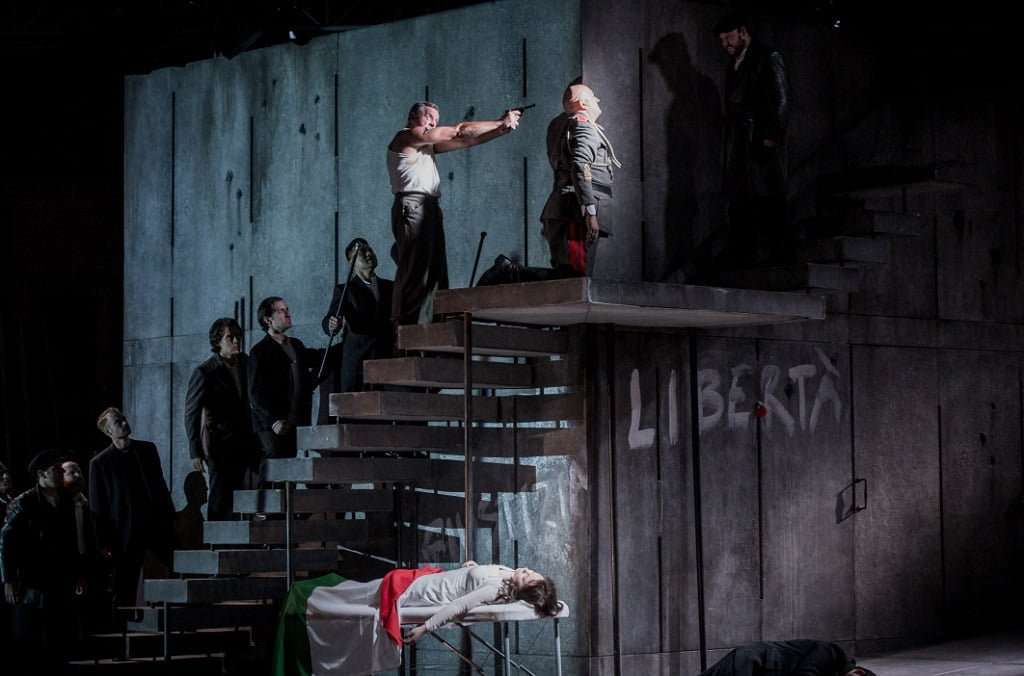 In charge of a suitably expanded City of London Sinfonia, Peter Robinson brought clarity and conviction to an orchestral component ranking highly among those Italian operas which took on board the extended harmonic and tonal expression made possible by Debussy and Richard Strauss in the preceding decade. Among Montemezzi’s relative contemporaries, only Respighi orchestrated with comparable panache and his operas arguably lack the theatrical focus as evinced by the 95 minutes of L’amore – here (rightly) given with only minimal pause between its three Acts.

Indeed, this is precisely the area of Italian opera with which Opera Holland Park has excelled over recent years (and which is set to continue next season with a new production of Mascagni’s Iris) – demonstrating that, while the tradition may not have had any successors of the calibre of Puccini, its twilight years have more than enough operas as merit reassessment. Perhaps one of Montemezzi’s remaining seven operas will receive attention: in the meantime, this revival of L’amore dei tre Re is a resounding success.