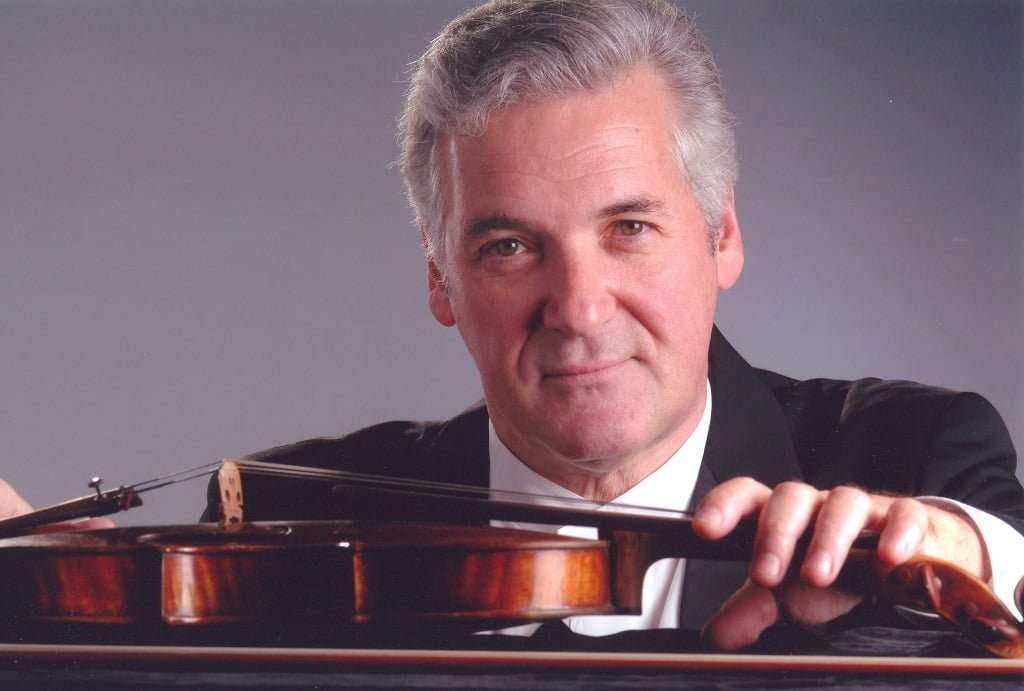 Billed as a concert to commemorate the Armenian Genocide of 1915, this drew a full house at Cadogan Hall, including a large number of Armenians, and it was preceded by a short address from the London-based Bishop of the Armenian Church. There are now substantial communities of Armenian extraction all over the World, most notably in France where it is illegal to deny what happened in 1915. Turkey still hotly disputes events.

Against this context, the slow movement of J. S. Bach’s Double Concerto is balm, at least it sounded that way with Diana Adamyan, a remarkable 15-year-old from Yerevan, taking the upper part and Pinchas Zukerman bringing an almost viola-like resonance to the other. The Concerto’s first movement is marked Vivace and played at this headlong tempo one’s only slight reservation was that with a fairly full complement of strings it was not as tidy as it might have been; however, with the broad dignity of the Largo and the propulsive weight of the finale, this was big-orchestra Bach at its best.

Max Bruch’s First Violin Concerto brought Zukerman, the RPO’s Principal Guest Conductor to the fore. Quite possibly the best known Violin Concerto in the repertory, Zukerman still plays it to the manner born although he no longer enjoys the technical security he once did. Still, a great musician is always worth hearing and the slow movement, a little cool perhaps, brought a rapt magic and sweetness with memorable contributions from flute (Emer McDonough) and horn (Laurence Davies). An independent conductor might have helped things but a countervailing argument is that with soloist doubling as director the Concerto was given a unity of vision.

Brahms’s First Symphony was thoroughly satisfying, deeply musical from first note to last, and played with commitment. Zukerman gets the best from the RPO’s strings and the orchestra has some rather fine wind and brass soloists; since Zukerman does not fuss, the combination of respect and musicality works well, although the first movement opened at a distinctly ponderous tempo, but thereafter it picked up a fine momentum, ending at a meno allegro which felt as though it would have been the perfect tempo for the opening.

The slow movement brought an outstanding oboe and clarinet duet from John Roberts and Katherine Lacy respectively. The third took us back to the graceful world of the two Serenades and the Finale’s portentous introduction found glowing, secure contributions from first and second horns although the succeeding trombone chorale could have been more precisely chorded. Thereafter the movement progressed satisfyingly to its culmination and appointment with destiny. Perhaps a little more grit in the oyster would not have come amiss but there was real intelligence in the handling of the reprise of the Chorale which avoided slamming on the brakes but introduced a holding back in its third bar before the dash to the finishing line. At the close Zukerman spoke briefly, describing a visit to Yerevan and made a heartfelt plea for tolerance.