Orchestra of the Age of Enlightenment
Jonathan Cohen 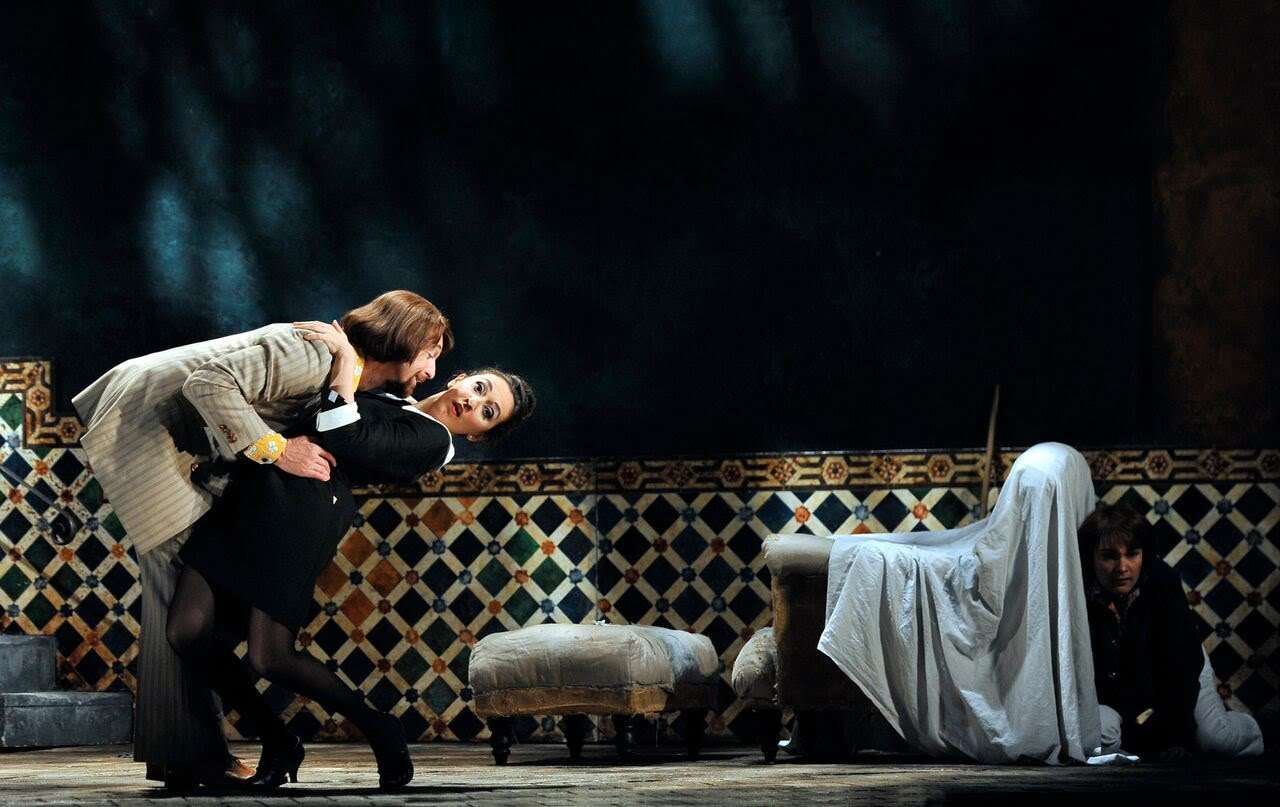 Having one’s cake and eating it is something to which virtually all the characters of The Marriage of Figaro aspire, with varying degrees of success, but is achieved more or less without compromise in Michael Grandage’s production for Glyndebourne. Physically it is set in the Seville of Beaumarchais’s original conception (with its backdrop of an old palace in a Moorish architectural style) but brought forwards to the 1960s. This era is conceived by the director to be probably the last when the servant and master relationship still had any traction, but more pertinently it illumines the gender politics at work in the drama as the decade (both celebrated and condemned) for the revolution in sexual mores it encompassed. Indeed, one wonders whether the resemblance of Gyula Orendt’s Count Almaviva to Lord Bath is a coincidence or not, though in no sense does the palace evoke Longleat.

Certainly Orendt realised the louche suavity of Almaviva winningly, combining that with accomplished singing, perhaps even to the extent that it stretched credibility to think that such a seasoned philanderer would have been so naïve as to fall into trap set for him. Davide Luciano sustained a similar sort of panache and randy confidence as Figaro, if clearly more in control of events than the Count. However, Luciano was vocally less distinct in Act Four as his character genuinely becomes enraged for a time by what he perceives to be Susanna’s apparent infidelity. Despite this, it is testament to the director’s careful attention to the intricate welter of disguises in the final Act that the audience may, nevertheless, readily believe the confusion by which Figaro is beset and also marvel at the web of dramatic ironies and deceptions at play in Beaumarchais and Da Ponte’s drama at this point. 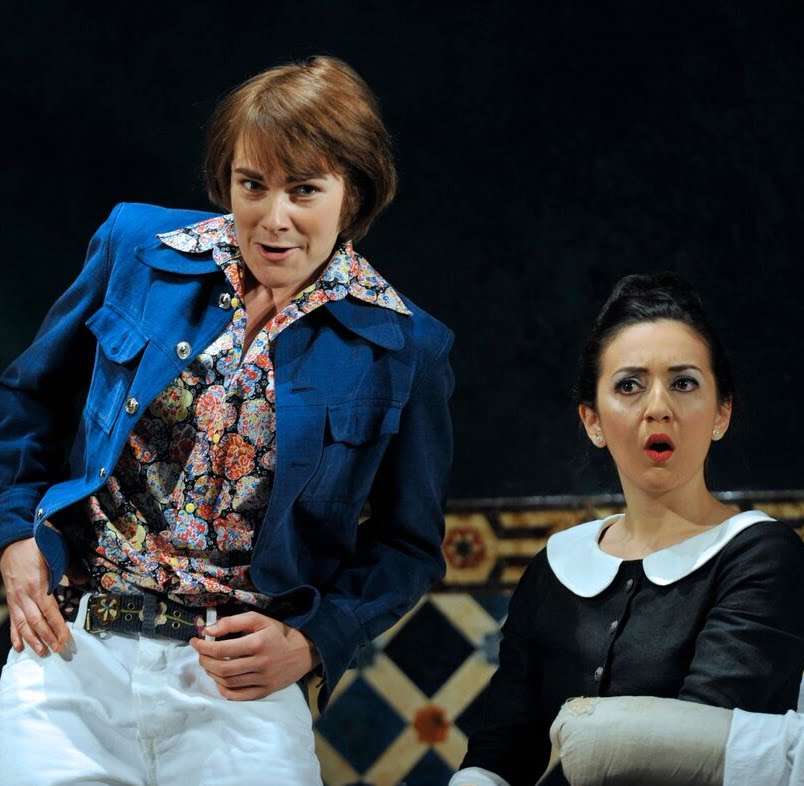 Compared to their men-folk, Rosa Feola and Golda Schultz as the leading ladies were nobly steadfast and expressive. Schultz could have brought out the Countess’s emotional vulnerability more, especially when all attention is focused on her during the scene in which Cherubino is hurriedly locked in her wardrobe away from the Count and our sight, unlike in the production now running at Longborough which exploits the irony of the situation and the audience’s superior knowledge instead by allowing the latter, but not the Count, to see Cherubino beyond the dividing wall. But from the musical point of view there is no doubt that Schultz’s singing (in her two arias in particular) was impressively controlled. Feola sang with an ease and naturalness, underlining the equal part which Susanna has to play in furthering the plot to dupe the Count. In replacing Serena Malfi as Cherubino, Natalia Kawalek made a noteworthy debut at Glyndebourne for the amusing and convincing way in which she caught the adolescent’s awkward, gangling behaviour. At the same time she demonstrated a corresponding intelligence in her interpretation of the music without undermining its integrity, which is important in the two irresistible arias ‘Non so più’ and ‘Voi che sapete’.

Susan Bickley sounded steely and hard-edged as Marcellina, even taking account of the character’s machinations against Figaro and Susanna until it is revealed that she is his mother, whereupon Bickley softened considerably. Carlo Lepore caught the just balance between determined scheming and levity as Bartolo in the sequence of events that lead up to his unmasking as Figaro’s father. Likewise the remaining singers brought wit to their roles without making them mere ciphers or generic types. 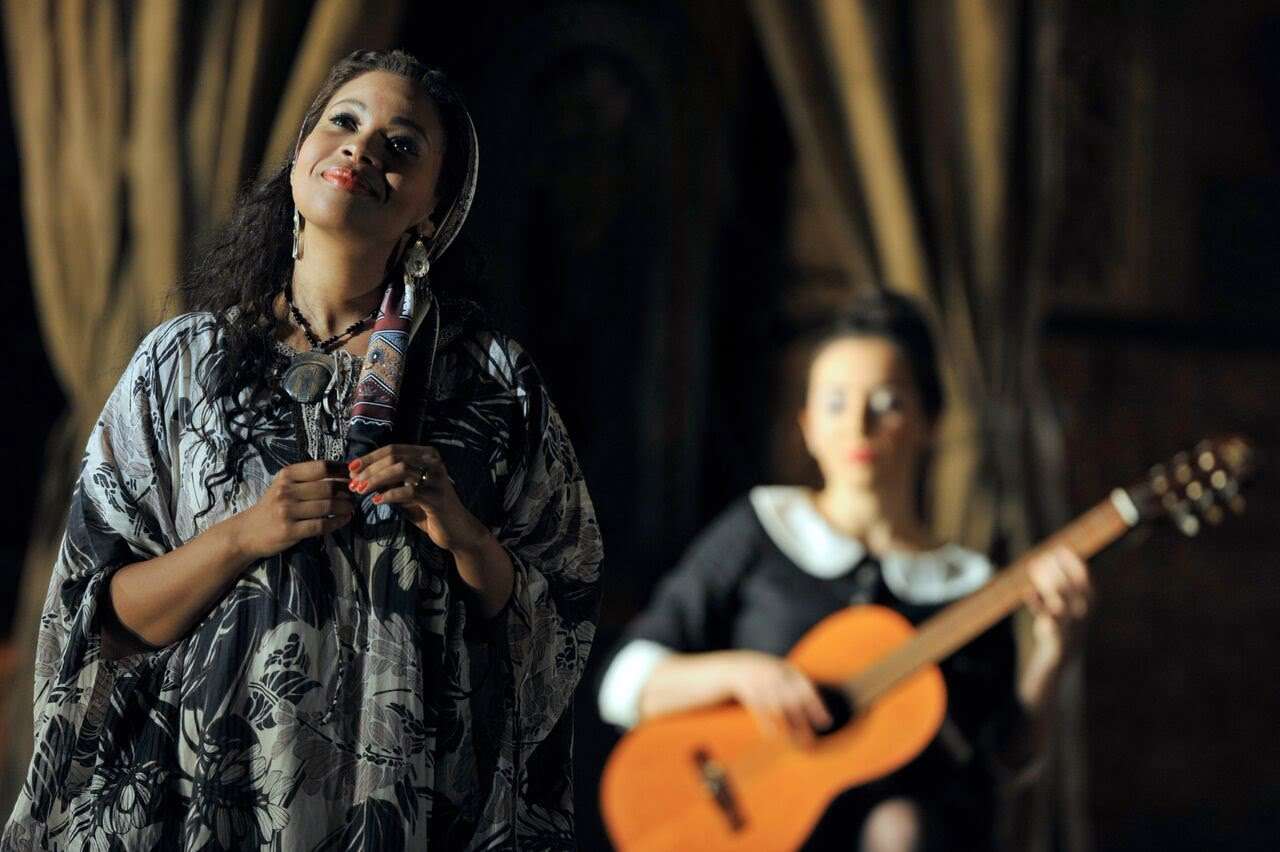 The Overture was taken by Jonathan Cohen and the Orchestra of the Age of Enlightenment at quite a pace which I thought would betoken an unremitting account of what follows. But that worry proved unwarranted as Cohen showed an instinctive regard for the ebb and flow of dramatic tension, which often comes suddenly: crucially, the score evolved and was given room to breathe, notably in some ensembles, though without diminishing momentum.

It is difficult to imagine tiring of The Marriage of Figaro and this production finds new slants upon it that must surely enliven the interest of any who are at danger of becoming jaded, whilst the cohesive qualities of the musical performance also make it commendable, even to those who saw the production’s previous outings, as all the major parts are now taken by different singers.