Wagner
Götterdämmerung – the third day of Der Ring des Nibelungen – music-drama in three Acts to a libretto by the composer [concert staging; sung in German with English surtitles] 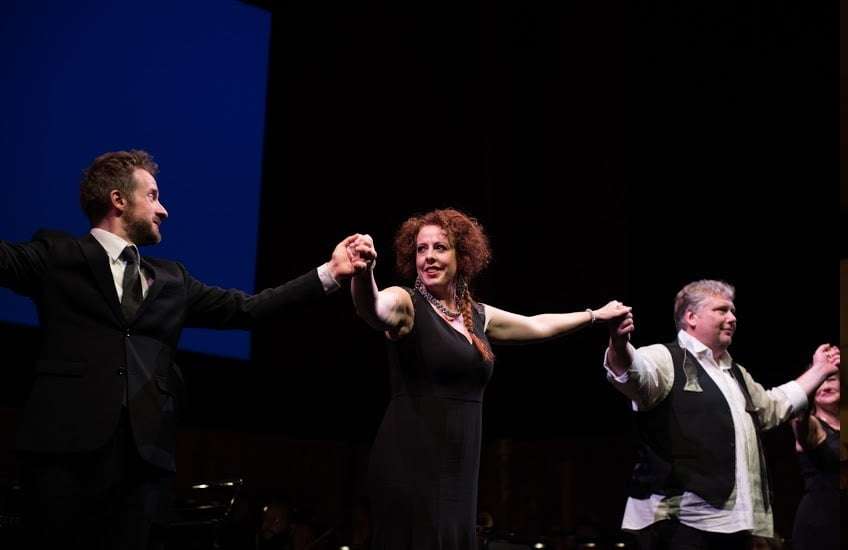 Throughout Opera North’s ‘Ring’ cycle, Peter Mumford’s direction has sustained clarity and stature, and there has been an exceptional sense of development and momentum that has linked all the scenes and set-pieces into a whole. As Götterdämmerung hurtled towards its apocalypse, though, there was an additional element, of characters and events being as close as possible to the invisible veil between performers and audience. It gave Wagner’s political allegory an unforgettable potency, and I wonder when I last experienced this web of deception and betrayal worked through so nakedly and to such overwhelming effect.

Much of this was down to the strongly characterised casting, with some singers taking on different roles during the four operas. As a dark, balancing reflection of Siegmund and Sieglinde’s tragedy, the mortal brother and sister Gunther and Gutrune were unsparingly played by Andrew Foster-Williams and Giselle Allen, both of the characters weak, insecure and entirely at the mercy of Hagen, their malign manipulator. Foster-Williams’s Gunther cut a particularly pathetic, miserable figure, involved in something way above his head. Mats Almgren’s Hagen was at its best when he took a back seat and let his wickedness take its course. Mati Turi’s Siegfried didn’t allow much in the way of self-awareness, but his bluff innocence won through; and Kelly Cae Hogan, Brünnhilde through the cycle, continued to grow in warmth and sympathy. Despite moments of exaggeration as a result of the concert staging, these significant individuals never seemed distorted.

The three veiled Norns, whose rope-spinning slow dance was echoed by Mumford’s video projection, were superbly sung by Fiona Kimm, Yvonne Howard and Lee Bisset, who prepared us for the inevitable; Heather Shipp’s Waltraute blazed up in despair with her frustration at Brünnhilde’s refusal to part with the ring; Jo Pohlheim once again imposed his bleak, obsessed Alberich with spine-tingling results; and the Rhinemaidens reprised their well-choreographed and beautifully sung games. 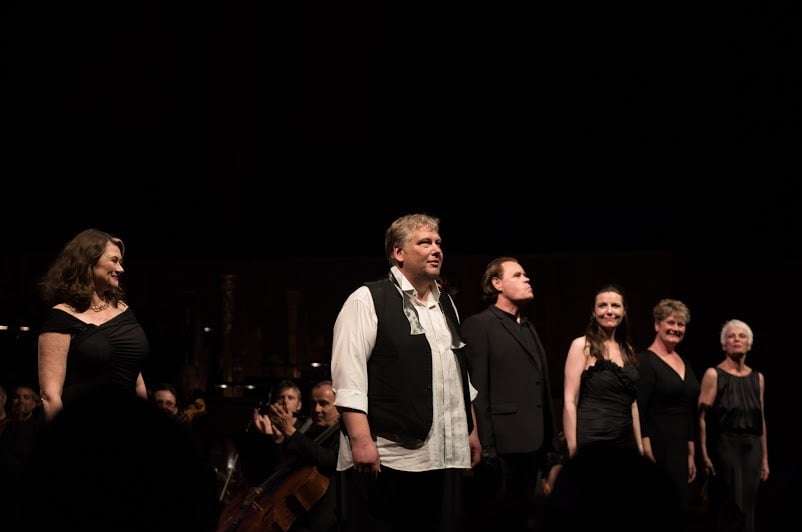 As well as being strongly cast as Gutrune, just a bit too eager to please, Allen sang her monologue as she waits for Siegfried to return from the hunt, with a compelling sense of mounting anxiety. Almgren’s vibrato spread under pressure, but his voice’s volume was astonishing as was his implacable hatred. Turi’s stamina as Siegfried was mightily impressive, and nothing seemed to faze him in the heroic range and lyricism of the love-duet in the Prologue. Focus and accuracy came and went a bit in the last Act, but the generosity of his singing shone through. Hogan was magnificent as Brünnhilde, riding the orchestra, incandescent and bewildered by Siegfried’s betrayal, and with volume and fire-power in reserve for a spacious and climactic ‘Immolation’. She has been the cornerstone of this ‘Ring’ cycle, which has had its fair share of unforgettable things – Fricka’s embittered exchange with Wotan and Brünnhilde’s majestic annunciation of death to Siegmund in Walküre; a particularly illuminating Mime in Siegfried Act One; and the unbearably tense, malice-filled Act Two of this ultimate opera. In the orchestra, there were many passages when the music became pure leitmotif – the boat journey back to Brünnhilde, for example – and it was played with remarkable spontaneity, but throughout this was Wagner-playing of very high quality and subtlety, presided over by an inspired Richard Farnes, shortly to stand down as Opera North’s music director following a twelve-year tenure.

There was a standing ovation for Opera North’s achievement. And at a time when it was impossible not to marvel at the political parallels, I hope that Wagner’s message of love and redemption will prevail.