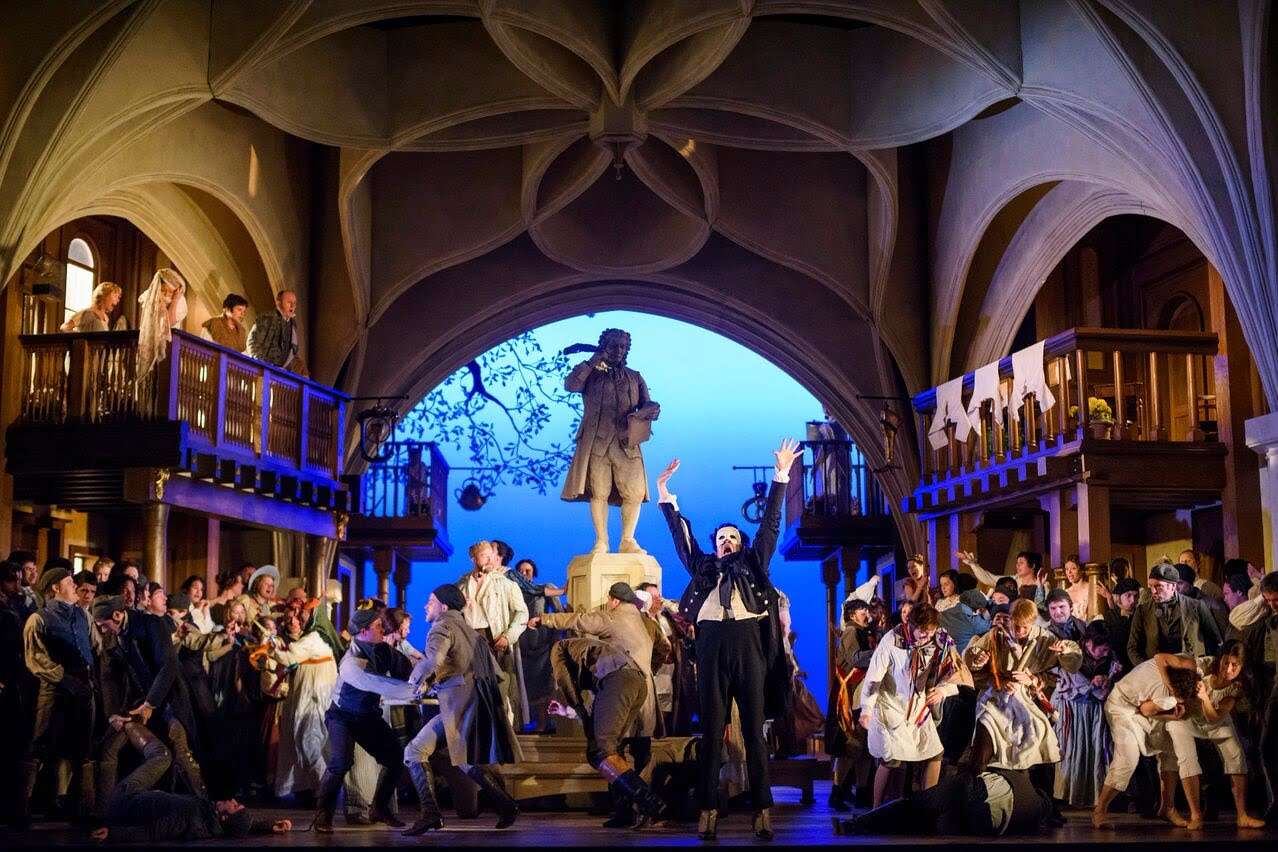 On its surface, David McVicar’s production of Die Meistersinger (revived from 2011) realises Wagner’s original quite faithfully and interposes relatively few of his own conceptions upon or against it. Those he does bring in actually emphasise Wagner’s political and cultural conceptions suggestively and tellingly. The mediaeval past is conjured up in Act One by the geometrical, deeply ribbed vault (forming a five-petalled flower evoking the blossoming of spring so often referred to in the drama) spanning the vestibule through which we look into the church of the opening scene, and by the religious fresco on the wall beyond as the backdrop against which congregation pray.

The staging is set, however, around the 1820s or 1830s where it is hard to imagine that the bourgeois folk of the Guild who make poetry and music would simultaneously have earned their livings through artisanal crafts as the Mastersingers (and proud burghers of Nuremberg) are meant to do. In other words, to use the radical, even Marxist schema which informed Wagner’s outlook (and to some extent survived the metaphysical admixture of Schopenhauer’s pessimist philosophy), division of labour and the consequent alienation between it and capital have so far perverted the harmonious relations which ought to exist amongst society that only a fundamental reappraisal of its rules and hierarchies can restore order and integrity. That imperative stands behind Hans Sachs’s openness towards the evolution of the Mastersingers’ rigid system of rules, and his appeal to what pleases the community in his defence of the young Walther von Stolzing’s apparently outlandish song and bid to woo Eva. 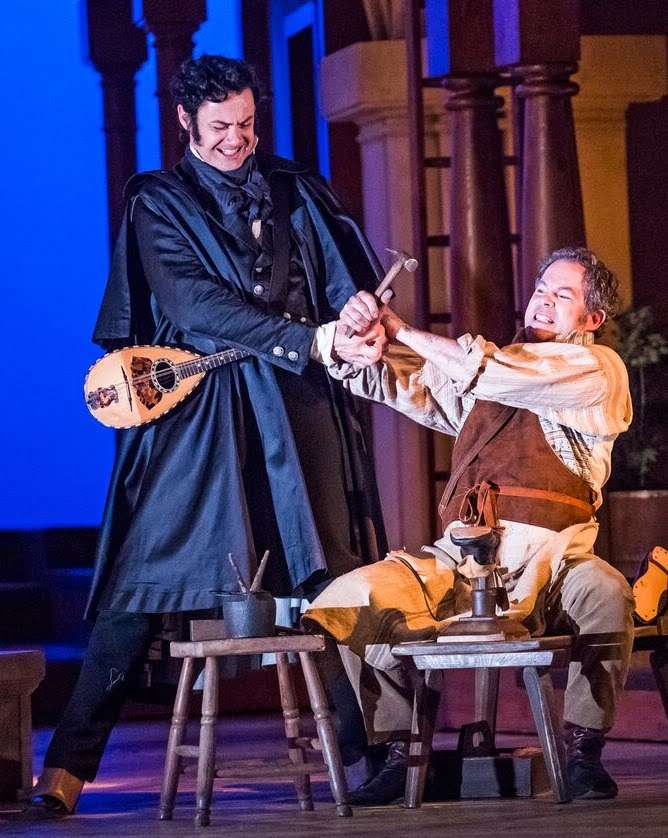 Bringing the action forwards three centuries also sets Wagner’s aims in sharper context then, and so makes more sympathetic sense of the promotion of German Art’s cause in the eulogy at the end of the Opera which, through the retrospective lens of the history of German nationalism, many still find problematic. As an advocate of the Young Germany movement, Wagner and his contemporaries saw that the purpose of German Art was to diagnose the ills of humanity at large and propose a remedy through a new, universal system of cultural, philosophical and political values which would carry along all of society with it, not just one national subset of it. Freedom from convention and the authentic vigour of the love between Walther and Eva is one such means by which redemption of humanity may be achieved.

As a great artist, Wagner’s attitude to the past was not, of course, a thoughtless, uncomplicated one of outright rejection, but rather of organic engagement with it, to preserve its better elements, as Sachs does here. That is also subtly evoked in McVicar’s production, where the ribbed vault hovers over each Act – not entirely oppressively, but it is there and inescapable. Act Two in the streets of Nuremberg is centred upon a fountain with a sculpture of a bewigged figure with quill and paper on a pedestal, perhaps reminiscent of the statue of Bach in Eisenach or Metastasio in Rome – both towering figures who were superlative exponents of, but ultimately transcended, their respective rule-bound arts in the 18th-century; and there are portraits of such luminaries as Goethe in Sachs’s room in Act Three.

Michael Güttler’s conducting of the London Philharmonic Orchestra complemented all this beautifully with a lucid account of the score, which brought a broad sweep and airiness to it, with warmth and weight when required, but also great delicacy and charm in the more lyrical scenes, particularly in Act Two. Even in the large ensemble sequences with the chorus, Wagner’s dense polyphonic writing remained clear and compelling. It is to the great credit of the Glyndebourne Chorus that its members were able to sustain that musical presence during the frenetic activity of Act Two’s brawl, and the boisterousness of the fair in Act Three preceding the song contest. Andrew George and Nicholas Hall’s excellently managed choreography in such scenes exemplified one of the lessons of the Opera that freedom and creativity ensue from at least some level of discipline and control. 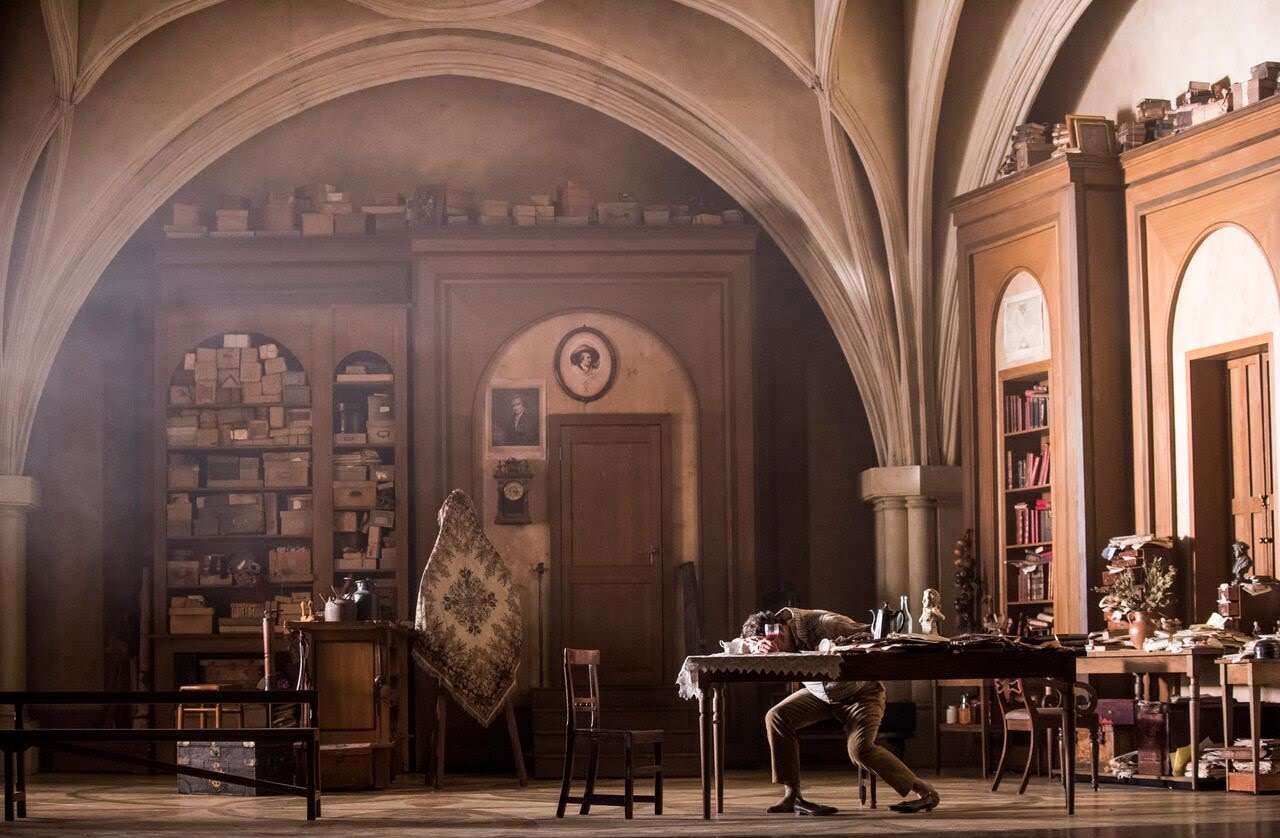 The cast was generally on equally fine form. Gerald Finley brought a mature, mellow and gentle quality to Hans Sachs’s resigned cast of mind, untouched by resentment or frustration making him a very likeable character, but still psychologically profound. If anything it was the darker-toned Alastair Miles as Pogner who sounded more world-weary and forlorn at times, as he contemplates the reputation of the guild and decides to make his daughter the prize in the Mastersingers’ contest. Michael Schade, as the well-meaning interloper Walther who wins Eva against the odds, was initially reserved (perhaps as befits his nobility) blossoming somewhat more in his Act One song to the assembled masters. Certainly there was variety in his rendition, but with an occasional graininess in his voice, and there was room for him to open out more in passion and ardour.

Amanda Majeski (Eva) and Hanna Hipp (Magdalene) both demonstrated those qualities abundantly, however, towards Walther and David as the respective objects of their romantic affections; indeed, vocally, they were very similar in tone and excellence. David Portillo was a fresh-voiced, vivacious David, whilst Jochen Kupfer brought an effete, camp viciousness to the part of Beckmesser, represented here as a dandy, and considerably younger than the character is usually realised. Kupfer was an effective musical actor in a role which does not always require refinement of singing, hamming it up amusingly in his inept serenade to Eva in Act Two and his song in Act Three’s contest. The other Mastersingers maintained their distinctiveness musically and dramatically (again, testament to McVicar’s direction and George’s deft choreography), and Patrick Guetti was distinguished in his all-too brief appearance as the Nightwatchman.

Die Meistersinger is often acknowledged as a masterpiece of humour and human warmth by those who otherwise have little truck with the Wagnerian canon. Those who are sceptical even of that, though, may yet be won round by the winning and lightly-worn manner in which some of the composer’s quintessential preoccupations are presented in this production, whilst convinced Wagnerians may see these in a new or refreshed light.