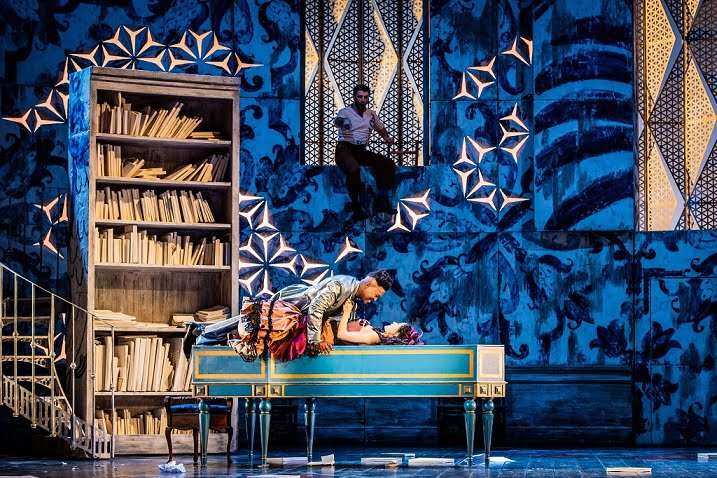 For the second offering of the 2019 summer season Glyndebourne has revived its 2016 production of Rossini’s ever-popular Barber of Seville, and showcases some exceptional young talent – always one of Glyndebourne’s strengths. Annabel Arden’s staging, with visually attractive and flexible designs by Joanna Parker occasionally reminiscent of the bright and zany cinematographic colours of Pedro Almodóvar’s films, tells the story with great clarity and sustains the comedy. There are some nice reminders of the Spanish setting and some classic gags involving entrances and exits. That said, one can argue that the tendency to include and overwork distracting business by additional persons can be a distraction.

Conducted by Rafael Payare the London Philharmonic is on spirited form, with some virtuoso and characterful contributions, so too the super guitar-playing of Daniel Thomas – and the whole performance is underpinned by some witty and pointed flourishes of the fortepian. A few moments of tempo variance between stage and pit will surely iron themselves out.

Hera Hyesang Park’s Rosina is probably the standout assumption, an exceptional role debut in this house. Possessed of a voice of gorgeous timbres, dazzling technical ability allied to evident musical sensitivity and a strong presence she lights up the stage. She brings Rosina the minx to life as most singers of the role can, but there is also an element of vulnerability and pathos that adds flesh and blood to the character. Her comic timing is adept, and the singing-lesson vocal antics and embellishments are hilarious. One of the finest moments is using the short storm interlude of the second Act as a visual depiction of Rosina’s feelings of anger, desperation and frustration, which Park acts well. 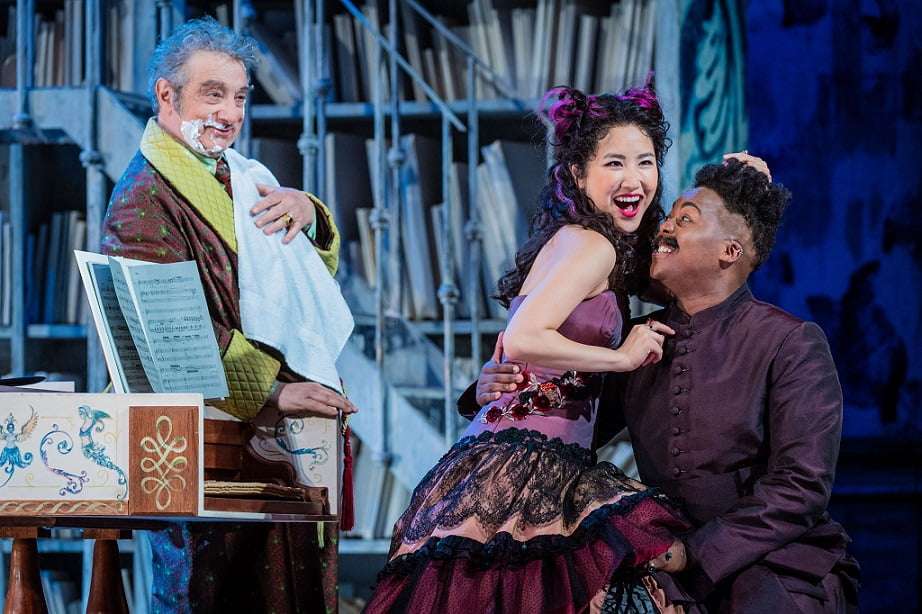 As her amorous suitor Count Almaviva in his many disguises we have Levy Sekgapane, on this showing anticipated to be singing Rossini and other extrovert bel canto roles at the top level for years to come. He has genuine mastery of this florid music, allied to a bright, ringing tone. Yet he brings more reflective shades into the mix: this is a rather macho and confident Almaviva who manages his disguises well.

Oodles of personable charm inform Andrey Zhilikhovsky’s Figaro; an expansive ‘Largo al factotum’ sets out his stall with bravura, and in duets and ensembles without being over dominant his virile baritone is heard to advantage. Periodically he sounds a little stretched by either Rossini’s demands or the conductor’s speeds. The sonorous tones of Adam Palka as a very youthful and rather Mephistophelean Don Basilio are striking and he relishes all the dynamic and orchestra-mimicking opportunities of ‘La calumnia’.

To this quartet is added Alessandro Corbelli who sings the patter and acts the irascible Dr Bartolo as the well-seasoned pro that he is; no vocal nuance missed, likewise no physical ones, he remains in a class of his own. Likewise Janis Kelly’s multi-faceted Berta – she makes more of this role than one would have thought possible. Indeed, she makes one acutely aware how crucial it is to the musical structure of the piece. Strong cameos from Harry Thatcher and Adam Marsden and rich singing from the gentlemen of the Glyndebourne Chorus complete this effervescent revival.