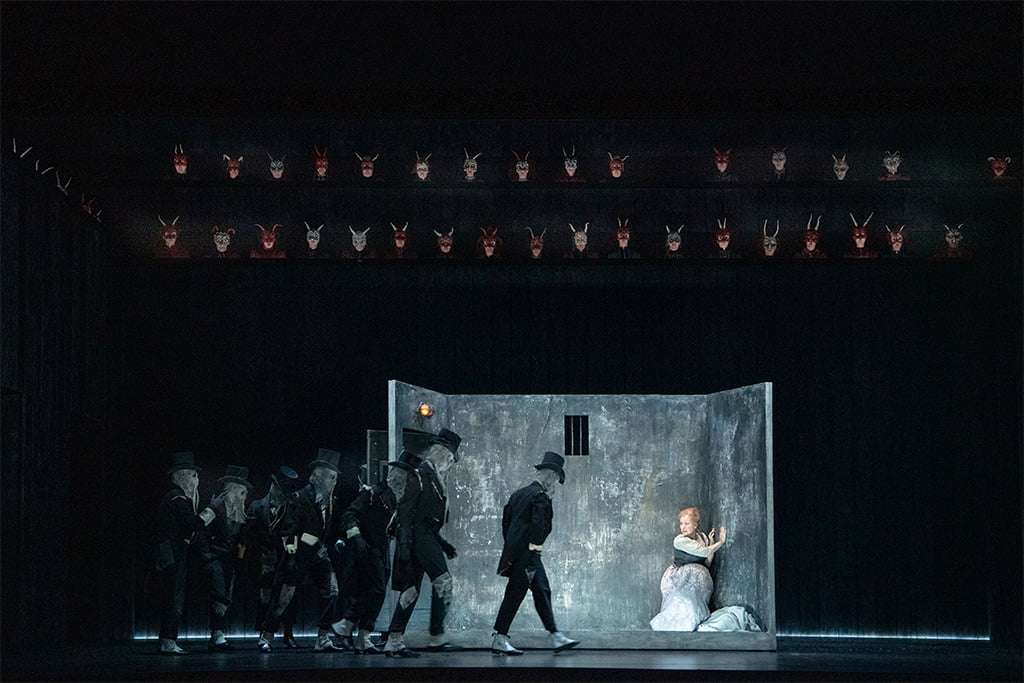 Berlioz first described La Damnation de Faust as an opéra de concert, then changed his mind to Légende dramatique, and its unique-selling-point as a non-opera hasn’t affected its popularity one bit. With choral and orchestral showstoppers and some wonderful arias, it is the best of Berlioz.

In its first staging of this French annexation of one of romanticism’s core texts, Glyndebourne has entrusted the launch of its summer season to Richard Jones, who has further expanded the work’s genre-busting remit by presenting it as a form of opéra-comique – that is, with additional text from Goethe’s original (derived by Agathe Mélinand) spoken by Méphistophélès.

You can understand why – the work on its own is episodic and could do with theatrical oiling – and in the process Jones has adapted – no, subverted – the original to put Méphistophélès unequivocally in the driving seat as our guide to the hopeless folly of being human. Faust, the quintessential romantic loner with whose tragic goodness we are meant to sympathise, doesn’t stand a chance; Marguerite, the woman he makes pregnant and loves to death, even less so.

Having taken libretto liberties, Jones also moves the ballet to the conclusion as a wild celebration of Méphistophélès’s invincible domination – which, it is no spoiler to write, completely nullifies the redemptive impact of Marguerite’s apotheosis – and there are other events that Jones borrows back from Goethe to ensure Faust is well and truly damned, while any film buff will instantly get the reference of the sight we see at the very end. Jones’s changes keep faith with the original, but it is not La Damnation de Faust as we know it. 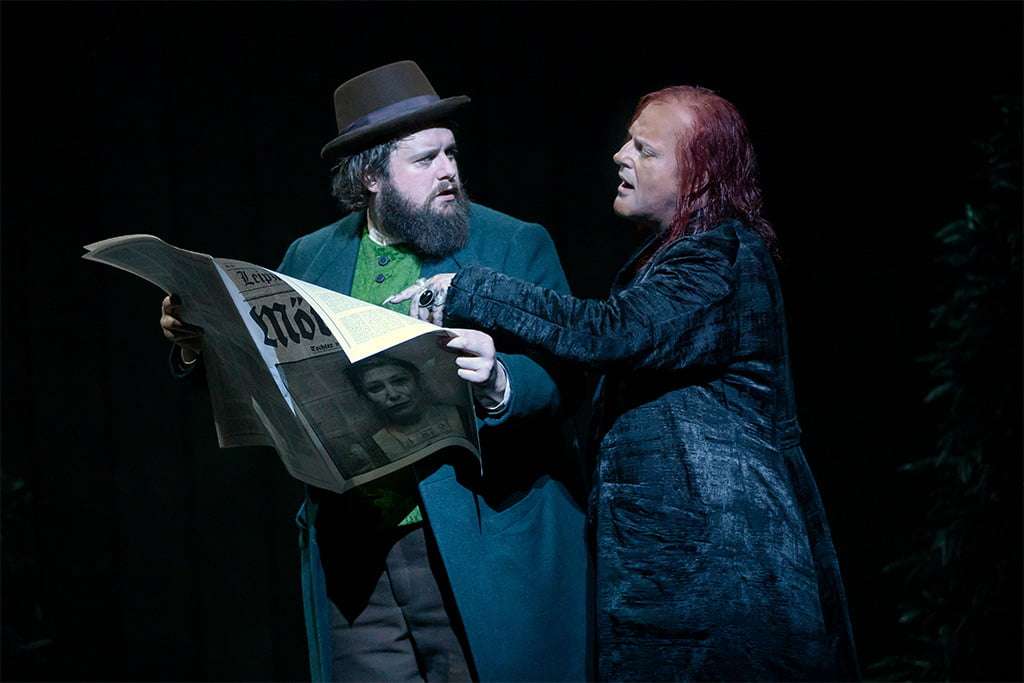 Given the epic possibilities La Damnation offers and given that Glyndeboune has put significant choral, orchestral, acting and dancing resources behind this staging, this is probably one of the most sober productions I have seen here. The main set is an empty, unchanging black box with high galleries for the chorus of imps and demons, with barely a nod to the “nature immense” that moves Faust so deeply – a few artificial fir-trees flown in don’t really cut it. The sets for Faust’s study, the military academy where he is pitifully out of his depth as a teacher, a druggy brothel and Marguerite’s house are defiantly two-dimensional, so the stage interest, which is abundant, is mostly down to costumes (particularly cartoon-like for the demons) and the style of regimented choreography Jones has always favoured, wittily crafted by Sarah Fahie. The overall effect has bite and is relentlessly cynical, which speaks to the story well enough but markedly less so to Berlioz’s exuberant music.

The music as a whole is very well served. As Faust, Allan Clayton combines introspection and passion heroically and delivers Berlioz’s long, lyrical lines and yearning high tessitura magnificently. After an awkward memory lapse in his opening speech, Christopher Purves was unassailably in charge as Méphistophélès, his voice sustaining darkness and power throughout, and he looks really satanic. Julie Boulianne’s portrayal of the tentative development of Marguerite’s love for Faust is very touching, and she sings gloriously.

Glyndebourne’s Music Director Robin Ticciati plays a crucial role in giving the score a gripping sense of theatre, and he has the knack of electrifying connections between stage and pit. The London Philharmonic spares nothing in terms of Berliozian style and glamour.