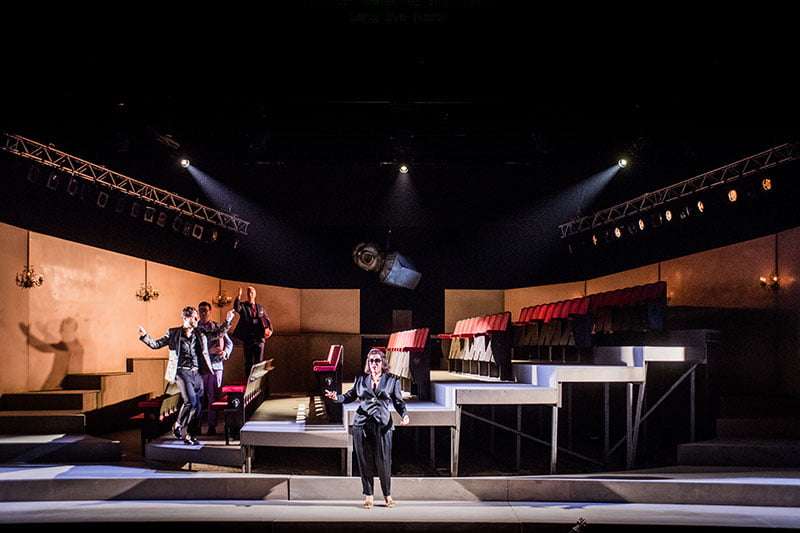 Walter Sutcliffe’s new production of Agrippina represents a mischievous – if also somewhat self-deprecating – triumph for the Grange Festival in that it turns Handel’s opera about the unedifying political and sexual schemes to catapult Nerone (Nero) to the Roman throne into an allegory for nothing more or less than this Festival’s control over the premises at The Grange in Northington, following the acrimonious departure of Grange Park Opera a couple of years ago.

Initially the interpretation looks like just another well-executed Brechtian take upon an opera that now holds its own on stages worldwide. The curtain opens upon a rising bank of seats very similar to those in the auditorium itself, and so mirroring it; Agrippina is seated among them, drawing attention to the fact that what we are about to see is very definitely a piece of theatre or make-believe, rather than anything purporting to be reality as such. It dawns on us after the interval, at the beginning of Act Two, that this is The Grange itself when, at the back of the stage – still at an elevated position, upon which the theatre seats had previously been positioned – Poppea appears through a door which opens up to show the green landscape surrounding the estate. A little later when Agrippina delivers her famous monologue on her tormenting thoughts, she flails around a model of the house with its prominent portico. 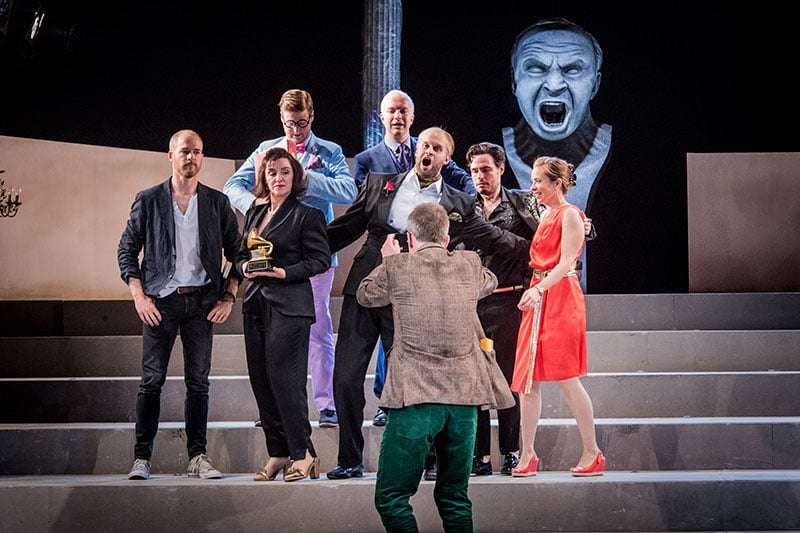 A theatrical dimension is rarely far away. The characters look and behave with all the louche abandon of a musical or even a grittier sort of soap-opera. There is no violence, but it is sexually explicit, giving honest expression to the primary motivating factor for most of the characters in this drama, alongside the desire for power, the aspiration to which seems to be suggested by the ascending steps of which the set consists for most of the time. The production is a choreographic tour de force as the cast are required to maintain some nimble movement around and underneath that set as it revolves, and so it can also usefully evoke the underground, or out-of-sight conspiring of the personnel as they try to dupe each other to further their own ends, ensuring that the production remains visually dynamic and dramatically taut.

Anna Bonitatibus leads the way with an impressively confident realisation of Agrippina as she feigns sympathy, concern, and amorousness with various others in order to get her way. She negotiates effortlessly several changes of persona, costumes and musical characterisation to depict irresistibly this wily figure of Roman history.

Raffaele Pe is her spoilt brat of a child, Nerone, the incisive tone of his finely-voiced and admirably high-pitched countertenor expressing the urgency of his desires towards lust (for Poppea) and for power (Claudio’s throne).

Stefanie True’s Poppea is a little uncertain of herself at first, and musically insecure, but she soon finds her feet as the character also grows in assurance, as Poppea learns how to play off Nerone, Claudio and Ottone against each other, and True then achieves a precise grip of her coloratura. 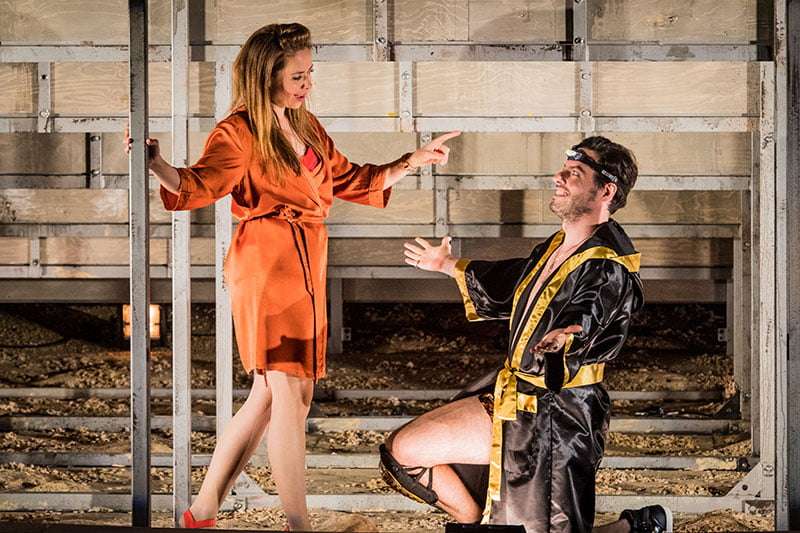 Christopher Ainslie’s Ottone is a countertenor in a rather different mould from that of Pe, soft-toned and mellow to represent the cooler and blameless qualities of this figure whose alleged treachery is eventually vindicated and is paired off with his beloved Poppea, and his vocal agility entirely withstands scrutiny. Likewise, Ashley Riches is a consummate musical actor, capable of revealing the somewhat hapless side of Claudio’s personality within a musical performance that is secure and authoritative.

The smaller parts of Pallante and Narciso – both hopelessly in thrall to Agrippina’s dubious allure – are deftly taken by respectively Alex Otterburn and James Hall, whilst Jonathan Best is a somewhat elusive Lesbo.

Under Robert Howarth, the Academy of Ancient Music provides a crisp, energetic reading of Handel’s lively score, revealing the many aspects of the twenty-four-year-old’s genius in matching music to the multifarious psychological and dramatic demands of the narrative. The continuo section in particular wisely and skilfully ensures an unflagging pace in threading the recitatives through the vocal numbers so as to keep up an engaging sense of momentum. Howarth points up dramatic moments with appropriate expressive emphases with the AAM bringing out the colour of the score without making it seem incongruous.

A production such as this breathes new life into Baroque opera, showing to those open-minded enough to see it, how such works can still excite attention and pleasure. It certainly runs parallel with the very human vitality and presence of Handel’s setting, and also triumphantly demonstrates the confidence that the Grange Festival already maintains in itself, in only its second season, that it is able to reflect on its status in this delightfully ironic way.