The Guildhall School of Music has come up with an ingenious double-bill of comic-operas for its summer showcase to display the talents of the young singers in its charge. 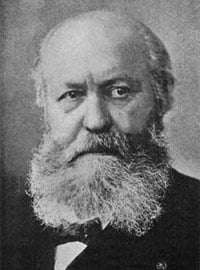 Both works presented are relative rarities, particularly Gounod’s attractive 1860 work based on La Fontaine’s 1668 story “Le Faucon”. If you were to try and think of an opera that needed warnings to bird-lovers and those with vegetarian sensibilities then this would probably be high on the list! The plot is a simple one. Count Horace is eking out a living as an artist with his servant Mazet having been spurned in love by the capricious Sylvie. He has one valuable but prized possession in the form of his dove once kissed by Sylvie and which bears her name. The lady Sylvie has a society rival, Aminte, who has a wondrous performing parrot. To try an upstage her, Sylvie attempts to trick Horace into parting with his dove. She first offers money but he refuses. She then turns on the charm, entices him to prepare a dinner for her over which she hopes to arouse his ardour so he will give her anything she wants. Unfortunately for her Horace instructs his servant to cook the dove in the absence of any other food being available. His willingness to do this reveals his love for her and they are attracted once more. It transpires that the dove was saved and Aminte’s parrot ended up in the stew.

Plenty of opportunity, then, for some good comic business therefore, and with Gounod’s typically tuneful and attractive score, with moments of seriousness to offset the comedy elsewhere, good arias and ensembles for the cast of four singers, and a few silent actors, there is much to enjoy musically. Alessandro Talevi’s modern-dress production in Madeleine Boyd’s bright and witty settings really help the pace along. There are some good visual gags – not least from Aminte’s performing parrot – and the exposition of the story is extremely lucid.

There are also some excellent vocal performances. As the manipulative but ultimately soft-hearted Sylvie, Emily Rowley Jones displayed a bright, very agile voice and a confident and assured stage presence, her bird-feather-trimmed hat a comic costume warning to bird-owners! Some of her music requires good coloratura technique and takes the vocal part way above the stave. She was certainly up to its glittery demands. As Mazet, Melanie Lang showed-off an attractive mezzo voice and in her ‘angry’ aria condemning the behaviour of society women, later reprised with a verse about the behaviour of men, showed a good comic touch too. John Bacon’s Horace was pleasantly sung, but his is a light-ish voice, and although he uses it tastefully his vocal interpretation needed a little more light and shade to reflect the different moods of the character. The same could also be said of his acting, which needed more visible responses to heighten the various situations. At times he was very funny – his blank, deadpan expression when Sylvie asked for the dove just after she’d supposedly eaten it was very amusing indeed. As Sylvie’s Butler and the Chef, Jean-Philippe Elleouet sang his arias in a rounded and warm baritone and in impeccable French.

Andrew Greenwood led the orchestra well, and some of Gounod’s lovely scoring caught the ear despite the visual attractions of the performance. There was some lovely cello-playing at the start of the opera, and the gentle dance rhythms were always sprightly.

The orchestra also played with terrific élan during the overture to the Rossini piece – a typically witty depiction of a storm – and captured the momentum of the burlesque throughout. There was some lovely playing in some of the slower music. 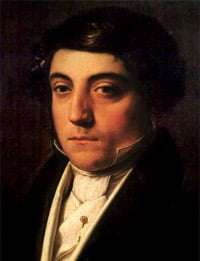 Rossini’s comedy is the typical Neapolitan mix of mistaken identity involving masters and mistresses and their servants or confidantes where the protagonists actually fall in love with the correct partners through the confusion and with happy resolution. As with most Rossini the vocal parts require agility, precision, excellent technique in both florid and slow music and to be really effective this needs to be managed as if it was the easiest music to sing.

The young cast was more than equal to most of the demands. As Don Parmenione, a man who takes advantage of accidentally finding himself with the bags of another traveller, Benedict Nelson showed off his agile baritone well, and charted his character’s rather over-confident belief in his own charms and abilities. His music, rather like that of Ernestina, is vivacious and energetic and full of invention. Their initial encounter certainly had brio and both displayed, along with the rest of the cast, an ability to gyrate and dance in time to comic effect. Emily Steventon sang Ernestina with sparkle and allure. The other couple of Conte Alberto and Berenice have rather more simple and melodic music which reflects their characters’ rather more serious views on life and love and which provides contrast to the more capricious pair. Lisa Wilson’s Berenice was beautifully sung, and in her more animated music displayed a pretty formidable technique throughout an impressive range. She also blended well with Amar Muchhala’s Count Alberto. He has a lovely mellow tenor with some baritonal timbres that is most appealing. Their duet was a real delight. As Parmenione’s servant, Martino, Ritz de Ridder revealed a sizeable and warm bass voice, not always perfectly in focus, but one that made the most of his big number where he reveals the truth about his master. Nicky Spence made his presence felt in the rather thankless role of Don Eusebio. All six singers made much of the ensembles, singing idiomatically and with great precision, and it must be said that all of them concentrated on delivering their coloratura with fluidity and without aspirates.

Alessandro Talevi’s production is nicely inventive and the fluidity of scene-changes expertly managed. There are some nice comic touches to the modern-day setting – particularly in the baggage-retrieval lounge of the (Italian?) airport where the cases get mixed up, and even if some of the background business occasionally distracted from the beautiful singing of Muchhala and Wilson it was both witty and generous. Also enjoyable and surprising were the visual gags linking the two works of the double bill – very inventive. Collectors of operatic rarities need not hesitate.