Fiddler on the Roof
Musical based on Sholem Aleichem’s stories Tevye and His Daughters, music by Jerry Bock, lyrics by Sheldon Harnick, book by Joseph Stein 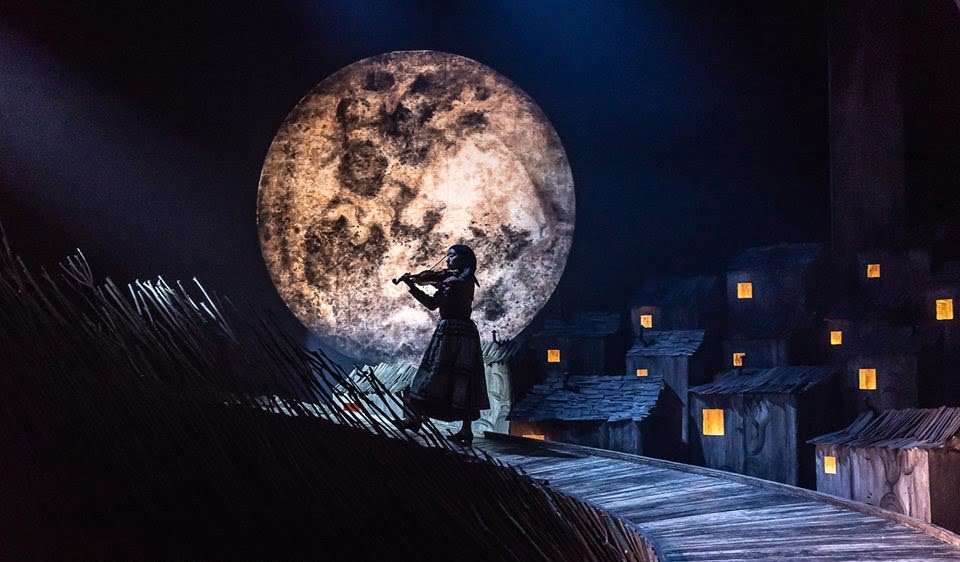 Fiddler on the Roof is a musical set in 1905 in the village of Anatevka in the Pale of Settlement, a western region of Imperial Russia within which Jews were allowed to live. Some (educated) Jews and others resided outside the area; but otherwise residency was restricted to areas beyond the Pale (the derivation of the term). This led to the formation of Jewish pogroms and expulsions with many communities having to go on the run before the encroaching enemy armies. The hero is a modest milkman called Tevye, a man with traditional Jewish beliefs, who has a wife and five daughters. When the local matchmaker arrives with news of a husband for daughter Tzeitel, the would-be bride is not happy as she wants to marry her friend Motel, a poor tailor. Feeling hard done by, Tevye is often seen talking to God, pleading to be rich rather than the poverty in which he lives with his large family.

It is a show that mixes the comedy of family life with the tragic consequences of the political situation of the time. Before it was first staged in New York in 1964, Fiddler on the Roof was considered perhaps too Jewish for a general audience. But the show proved to be very popular and ran for over 3,000 performances, the first Broadway musical to achieve that honour. It opened with Zero Mostel as Tevye, while later in London it starred with Topol and ran for over 2,000 presentations.

It is a show that needs a star performer in the role of Tevye, and in Alex James-Cox this Guildhall School production has certainly found one. He is funny, tragic, warm-hearted and difficult, and he leads the company with great authority. Martin Connor has a really good cast on his hands. It’s amazing how well music students can assume the guise of older characters without resorting to stereotypical stances or quavering voices to get across that they are playing grown-ups. 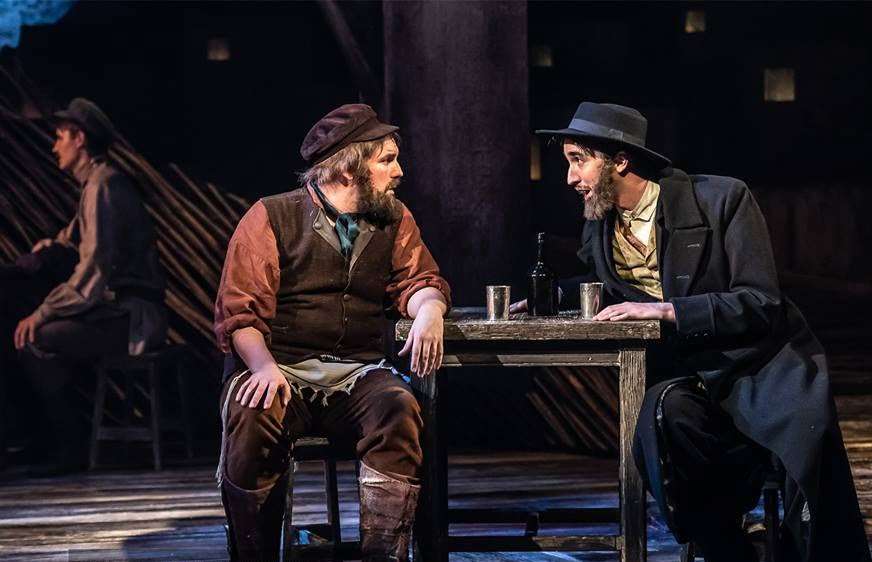 Among the large cast Tallulah Bond as Tevye’s wife Golde is very good at putting up with her spouse’s kvetching. Phoebe Marshall, Rosalind Lailey, Tegen Short, Mhairi Gayer and Shalifa Kaddu make fine work of the five daughters, giving each a personality. Poppy Allen-Quarmby gets fun out of Yente the Matchmaker, Finlay Paul is good as Motel the tailor, as is Tom Glenister as Avram the bookseller. Harry Harrington makes the most of the butcher Lazar Wolf, disappointed at not being able to marry Tevye’s daughter Tzeitel.

The staging of the musical numbers is brilliantly well done. Some of the songs are now the stuff of legend, theatrically speaking. Written in a Jewish style and played by both an orchestra and a Klezmer band, they come over as an important part of the proceedings, such as ‘Tradition’, ‘If I Were a Rich Man’, ‘To life’, ‘Do You Love Me?’ and ‘Sunrise, Sunset’. They are played and sung with great vivacity, accompanied by some terrific movement that original choreographer Jerome Robbins (his last Broadway show) would surely have found exciting.

Adam Wiltshire has devised a terrific set for the show, completely made of wood in various forms, the centrepiece of which is a huge slope reaching almost to the front of the stage. It provides a moving conclusion when the residents of Anatevka are forced to leave their homes to move to who knows where. With this piece of stagecraft and the accompanying production, the Guildhall School’s version of Fiddler on the Roof could well move straight to the West End without any difficulty. It really is that good.