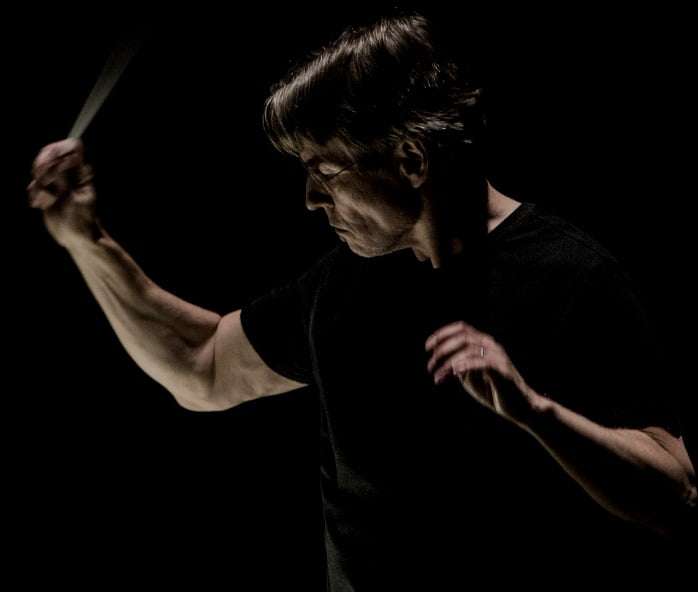 This was a two-part concert with the esteemed composer-conductor (or is it still the other way round?) Esa-Pekka Salonen was in command for the first part and Adrian Leaper the second.

Salonen performed his massively scored LA Variations, written in 1996 while he was Music Director of the Los Angeles Philharmonic. His programme note is so technical that listeners may have approached the work with some apprehension. In fact, this colourful, relatively cheerful piece is a vibrant, exuberant collage of sounds and some melodies, which never fails to hold interest over its twenty minutes. Salonen seems to have no interest in symphonic form; he appears to be flummoxed by his fellow Finn, Sibelius, and is the only senior Finnish maestro not to have recorded the symphonic cycle.

But LA Variations is a deeply Finnish work in that elements of it could only have been written by a Finn versed in the vocabulary set by earlier generations. The occasional cataclysmic explosion that appear from nowhere are coveted by members of the French Spectralist movement; the lonely tuba in Variation XII plots a course that undermines, as opposed to underpins, the progress of the higher instruments; the double basses often create their own space away from the usual support role. Salonen seems to be saying that you don’t need to follow the Finnish symphonic tradition to remain true to your roots and he is right. His creative kinship however seems to be closer to that of Thomas Adès rather than Jean Sibelius. The playing was sensational by the Guildhall Symphony Orchestra. Salonen finishes his written introduction with: “I’m very proud of the virtuosity and power of my orchestra.” He should feel the same way after this performance.

Adrian Leaper is a welcome visitor to London having established his mid-term international career away from home base. Known for his recordings of mainstream repertoire, his reputation for producing individual renditions of well-known works was surely enhanced at this concert.

Mahler’s Fifth Symphony must have come as a surprise to early listeners who knew the cherubic qualities of its predecessor. Clearly something horrible had happened in the intervening years for the Fifth starts with a neurotic fury, progresses into a third movement displaying a Viennese lilt of great charm, spends ten minutes (as here) in a love poem for the composer’s wife (the famous Adagietto) and ends by tying up all the loose ends in a majestic blaze of exultation.

The Mahler scholar, Deryck Cooke, writes about this work having “disunity”. Well he probably underestimates the extreme sense of malfunction we hear from the very beginning. This work is the product of a seriously disturbed individual and it is amazing that we are prepared to sit still and remain in control of our faculties when exposed to the extremes of emotion set down.

Leaper was truly excellent in every regard. He pulled no punches; he played the quieter passages which occur throughout the first two virulent movements with a sense of calm softness that melted our hearts and his joyful way with the central Scherzo was life-enhancing, and in which high praise goes to the horn-playing of Fabian van de Geest. In fact, Leaper somehow obtained such wonderful results that I had a feeling I was listening to the Vienna Philharmonic on a good day, a triumph for the conductor’s interpretation and the GSO’s abilities in such ways that took my breath away. But that is what you achieve when you study at a world-class music institution.