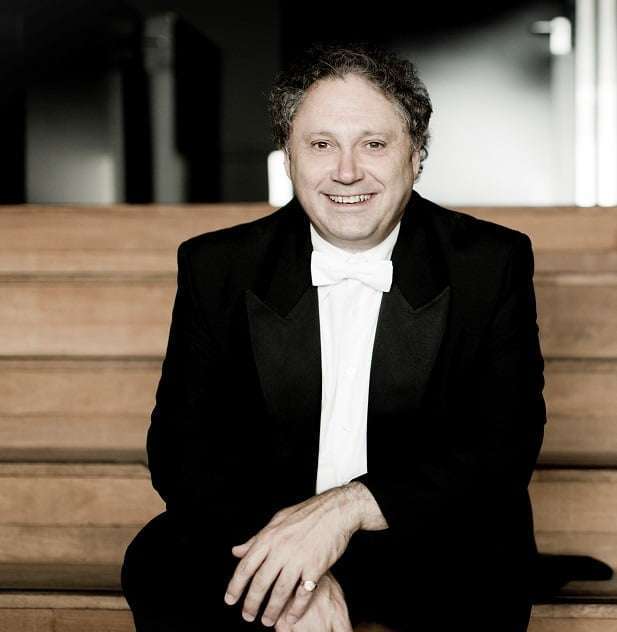 On this occasion the Academy of Ancient Music had a string band of 15 players, their instruments fitted with gut strings. A full sound quality for the opening Sinfonia could not therefore be expected, and nor was there one. It wouldn’t have mattered so much that the timbre was emaciated, but it was also lifeless. Other ‘original’-instrument groups are able to produce strong and characterful playing, but such qualities were lacking here.

Richard Egarr set a brisk tempo that seemed even faster because the pulse was metronomic and the playing expressionless. These traits continued for the whole of the performance, with the soloists struggling to express themselves adequately within tight, fast tempos and rhythmical constraints. They all did pretty well, considering, though for instance in ‘Why do the nations?’ Stephan Loges’s perfectly good technique was put under great strain as he tried to negotiate the setting’s rapid runs. Robert Murray’s pleasant tenor voice was similarly tested in ‘Ev’ry valley’ and elsewhere: and in ‘Comfort ye’ and elsewhere he was not given room to show any amplitude of phrase. Tim Mead is a remarkable example of the countertenor genre, and his striking tone quality made big impact. He, too, was constrained by the Egarr’s unyielding beat, but in any case the warmer sound and expressive possibilities of a female voice are surely to be preferred.

The one soloist who was able to flourish was Alish Tynan. She exuded a determined, confident charm, and didn’t allow Egarr to impose; it was intriguing and highly impressive to hear, for instance, the penny-plain introductory orchestral statement of ‘I know that my Redeemer liveth’ followed by Tynan’s glorious voice and her beautifully phrased delivery of the prophet Job’s eloquent words.

The Choir numbered 21 youthful voices, whose fresh qualities were most appealing. But they were sometimes made to attempt some fairly hair-raising technical feats, as demanded by Egarr’s hectic speeds. For the most part they succeeded, but not without conveying a sense of considerable strain.

Messiah was performed absolutely complete. This is a plus-point, so too the high quality of the instrumental playing, the competence of the vocal soloists and the fine choral contributions. But it was an excitable, hasty performance under Egarr’s abrupt direction. It conveyed a kind of superficial urgency. The tenderness, the reflective devotional aspects and the grandeur of this great masterpiece were absent.

Far be it that we should have always to experience the large-scale, inflated renditions of yesteryear – though they often had impressive, even profound qualities, but do we now always have to leave Messiah to small groups that don’t seem to have the resources or power to convey the work’s stature, and who substitute a kind of bright-eyed, busy approach?