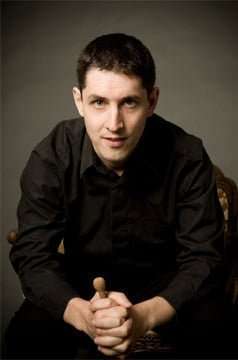 As usual there’s been no shortage of Messiahs offering their corrective to the Christmas excesses of this naughty world, some very fine, some a bit perfunctory, to judge from other Classical Source reviews. This performance from Early Opera Company (what a relief it has dropped the modish, all-lower-case branding) at Wigmore Hall was almost falling over itself in its freshness, and the size of the forces (orchestra 14, chorus 8) hastened the sense of exhilaration.

There were hardly any scrawny moments that made me crave more weight and volume. The gut strings were capable of creating a halo-like nimbus of sound in the Overture and the ‘Pifa’ pastoral movement, and the players’ athleticism was brilliantly supported by the three lower strings (one player each). Normally with small ‘period’ forces, I prepare myself to adjust to less being just that, but in the face of the clarity and attack with which the players and singers lit up and rejuvenated this masterpiece, no compensation was needed.

Andrew Griffiths (who replaced EOC’s founder Christian Curnyn, who is unwell) directed from the harpsichord – he is a formidable continuo player – losing nothing of the Curnyn style of high drama. His Messiah was very much at the opera end of the oratorio spectrum, often deliriously so. Griffiths’s tempos were nippy without being breathless, and the momentum was such that the arias and recitatives had a reciprocal energising arrangement with the choruses that gave Handel’s and Jennens’s scheme a remarkable pliancy and cohesion. 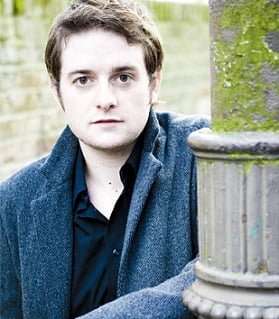 I knew from the altos’ opening bars in ‘And the glory of the Lord’ that we were in the hands of masters, each voice part distinctive and inside the music, and in general the chorus had that vital, liberated spark igniting the huge variety of expression supplied so promiscuously by Handel – it was a thrill to hear the runs and rippling fugues sung with such panache.

I’m a complete sucker for instruments placed in different parts of an auditorium for spatial effect, and the two baroque trumpets ringing out from the Wigmore Hall’s balcony in ‘Glory to God’ took me to ecstasy. Griffiths judged the big sound of ‘Hallelujah’ and ‘Worthy is the Lamb’ (in both of which the four soloists beefed up the chorus) to fill the acoustic without a hint of distortion. It’s interesting, incidentally, how fewer and fewer people stand for ‘Hallelujah’, which would have been unthinkable only four decades ago.

This Messiah’s operatic proclivities were clinched by the four soloists. Allan Clayton laid out his impressive CV with a ‘Comfort ye’ that instantly gathered the audience in, and he held us spellbound in his sequence of arioso and aria in Part 2, in which he gradually made the clouds part in preparation for ‘Hallelujah’, which I have rarely heard sung with such a sure sense of context. James Platt’s powerful bass combines aspects of Wotan and Charlton Heston, and Platt applied it to Part 1 in all its blackness, so that the shaft of light let in by ‘For unto us’ made maximum impact. That darkness also went on to gather layers of meaning in a magnificent ‘The trumpet shall sound’.

I think this is the first ‘period’ Messiah I’ve heard with a contralto. The consistency of Hilary Summers’s voice through its range is impressive enough, and then you start hearing ghosts of other similar voices, the whole package galvanised by the extraordinary agility and radiance of Summers’s singing. The way in which she gradually lightened up the gloom of Part 1 was one of the high points of the evening, and what you heard in ‘He was despised’ was only the tip of the iceberg in her powerfully spiritual performance.

I love the way Handel saves the soprano until last, a process of illumination not lost on Sophie Bevan. She became the gleaming angel appearing to the shepherds, and I was floored by the virtuosity of her ‘Rejoice greatly’, in which she flung off her decorations like you might throw tinsel at a Christmas tree. It may have taken the notion of baroque Affekt to extremes; the result, though, was stunning, as was the mystery of ‘I know that my redeemer liveth’. Handel’s extraordinary sequence of prophetic expectation, revelation and redemption was celebrated in great style.