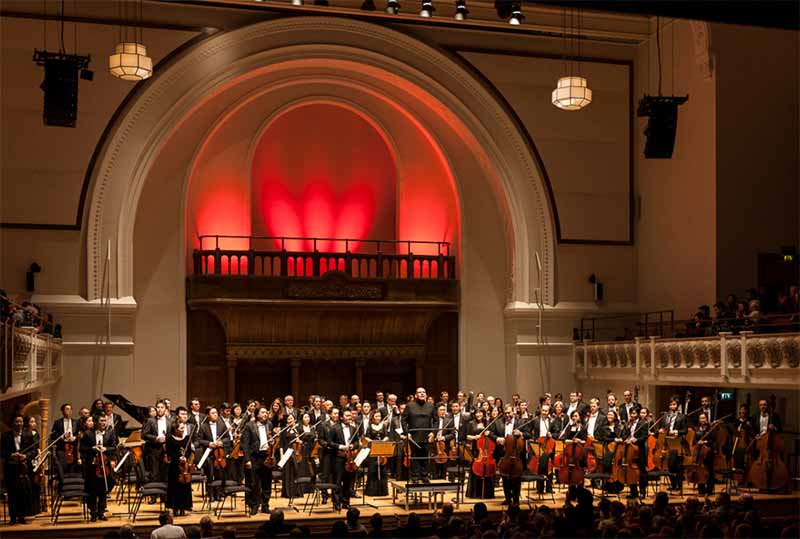 It is twelve years since the Hong Kong Philharmonic last visited Europe, but on the evidence of this concert one certainly hopes it will not be another twelve. This is an excellent orchestra on the up. Heard in the confines of Cadogan Hall, on occasion the sound could be somewhat overwhelming, especially in the more bombastic passages of the Prokofiev (16 first violins and 12 cellos were listed), but if you are going on to play in bigger venues on this tour you do need a full complement of strings.

It may surprise to know that although the HK Phil only became fully professional in 1974, its predecessor – the Sino-British Orchestra – was formed as long ago as 1895. In recent years it has been conducted by Kenneth Schermerhorn, David Atherton and Edo de Waart. For the last three seasons Jaap van Zweden has been Principal Conductor, who at 19 was the youngest-ever concertmaster of the Royal Concertgebouw Orchestra. 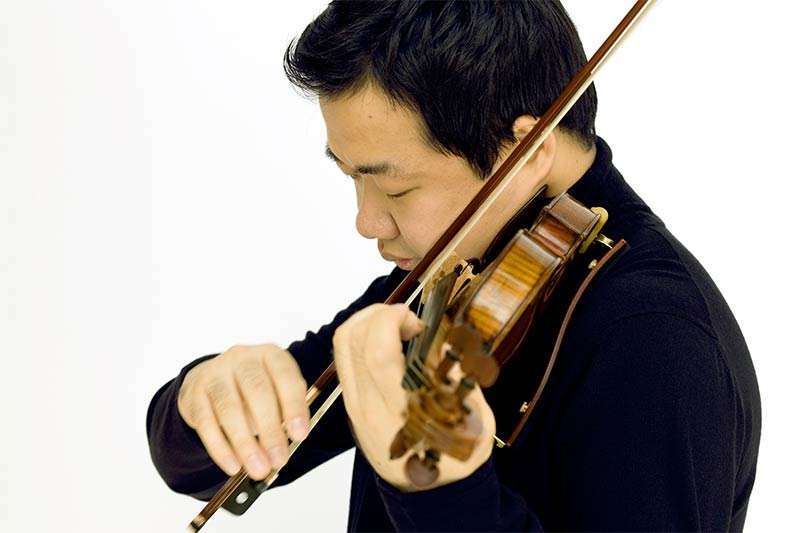 Perhaps inevitably the concert opened with a work by a Hong Kong composer, Fung Lam. Quintessence (2014) was written in celebration of the Hong Kong Philharmonic’s 40th-anniversary. The Chinese ideograph from which the work derives its title has two layers of meaning, firstly “contain” referring to something of positive potential and secondly to the five aggregates of Buddhism (form, sensation, perceptions, mental formations and consciousness). The English use of quintessence corresponds to a similar concept in Greek philosophy. This 10-minute work, scored for a very full orchestra, intersperses high octane activity from the strings with moments of almost Ravel-like stasis and received a thoroughly committed performance. The composer was present.

The Beethoven brought the UK concerto debut of the Chinese violinist Ning Feng who studied at the Royal Academy of Music and also with Antje Weithaas at the Hanns Eisler School of Music in Berlin. Impressively secure in intonation, this was nonetheless the least engaging part of the concert. All the notes were undoubtedly there but it was as if neither orchestra nor soloist could quite overcome that restrictive feeling of being in the presence of a masterpiece which must be treated with utmost respect. It was akin to an actor giving a word perfect account of a well-known role but never really exploring its nuances or bringing it fully to life. After the elevated inwardness of the second-movement Larghetto there should surely be a sense of joyous release into the finale, which was absent here. Van Zweden and the HKPO underplayed the light and shade in a forceful but uninvolving accompaniment which was frequently overloud, but full marks to the excellent bassoonist, Benjamin Moermond, for his sensitive playing in the last movement. There was a hair-raising encore, Paganini’s take on “God Save the King” despatched with the kind of uninhibited aplomb that Ruggero Ricci used to bring to it.

Van Zweden’s account of the Prokofiev was the highlight, thoroughly rehearsed with detail fully worked out. Heard up close was it all too much of a good thing though? Possibly, but there was little doubt as to the power and weight of the strings, especially cellos and double basses, or of the quality of the largely European woodwinds. Van Zweden did make slightly heavy weather of the first movement’s thunderous climax which seemed to belabour the point unduly despite some superb percussion. In the second-movement Allegro marcato the trick at the accelerando that signals the coda is to hold the tempo whilst giving the illusion of a progressive increase in speed and tension, whereas in this instance it sounded comparatively even until the moment where a rapid increase became essential. In the third movement I would have preferred a greater flow, but it is marked Adagio, and in the finale a slightly less headlong tempo would have allowed the music’s balletic origins and tongue-in-cheek quality to emerge more clearly. Still, nobody who heard this is likely to have gone away feeling short changed, the Orchestra giving 110-percent.

There was a welcome encore, ‘Ride of the Valkyries’, an exuberant taster for the first-ever performances of Wagner’s ‘Ring’ cycle by a Chinese orchestra, which will be recorded in concert over the next four years.