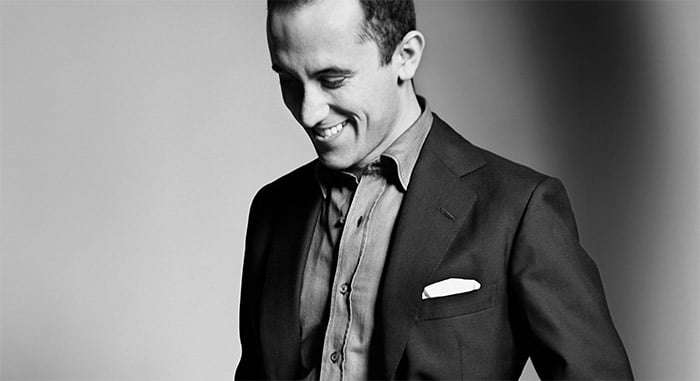 The third instalment (first two reviewed below) of Igor Levit’s sold-out Beethoven cycle in Wigmore Hall’s London Pianoforte Series took us to the Vienna of late Haydn and Salieri, to an angry young man knowing his heart but uneasy in the classical mould, rattling the chains of art and society, blazing his “new way” into a new century.

Faced with Opuses 10/1 & 54 and the ‘Appassionata’ (covering 1795 to 1805), one was reminded afresh of the audacity and daring of this music, flaunting every social and drawing-room nicety of the time: Piano Sonatas for connoisseurs hewn out of rock addressing neither breathless countesses nor pretty fingers, taking brave men to go with their challenge and braver still publishers to print them. Contemporaries were not a little shocked – “Beethoven’s great aberrations”, the letting loose of “evil spirits.”

Levit deals in the heroic, arrogant, rampant avant-garde Beethoven, involving a world of extremes and oppositions, some violent. The C-minor Sonata from Opus 10 was no schoolroom run-through but a canvas of molto contrasts: very fast, very slow, very quiet, very loud. This approach brought its thrills but wasn’t always to the advantage or clarity of the score. Too fast in places to allow for ideal definition (for example the rising staccato scales of the first movement which lacked that extra expectation of articulation Beethoven took the trouble to mark), and sometimes too quiet for the instrument to speak properly. The A-flat Adagio, on the other hand, had a gran espressione sweep (and a wonderfully balanced conclusion). The ‘catherine wheel’ Finale, emphatically two to the bar, its semiquavers dangerously on the edge, hurtled and died, not a shadow of ritardando to be heard in the closing phrase, the last chord no longer than its tenuto indication, taking the audience by surprise.

The two little Opus 49 Sonatas, played without a break, were broadly black-and-white, not always stable in tempo (one speed for quavers, another for semis, in the first movement of the G-minor), and occasionally plain (the Minuet of the G-major). Levit focussed both as ‘bagatelle-sonatas’, his fondness for barely whispered, thrown-away endings adding a Quixotic dimension. Neither work is taxing technically, yet in Levit’s hands they glimpsed the foothills of virtuosity.

Opus 54, a tricky Cinderella of a piece (Richter did it particularly well), was an eleven-minute journey of driven voicing, elaboration and dramatisation – an articulate, flowering first movement, strong on musical development and dynamic structure, built on ‘beauty and beast’ polarities (poetic dance, rugged hammering octaves), followed by a climactic perpetuum mobile Finale hinting at the ‘jazz’ elements to come years later in Opus 111. Levit’s transitional approach, laying the past to rest, preparing the way for the future, symphonism on the middle burner, offered much to admire.

With the ‘Appassionata’ all cards were on the table. Its pianissimo traps now and again caught Levit out (first movement trills and repeated notes paying the price), but at full tilt he delivered as cogent and involving an interpretation as any. The Andante, bass-lined, touched high poetry, the two cadential diminished-seventh chords, following the end of Opus 10/1, reminding of Beethoven’s curious love-affair with mysteriously blossomed arpeggios – carriers of feeling and the dawning of realisation. The Finale was a witches’ cauldron, seething and exploding, defiantly pulsed, the long central repeat interestingly re-coloured second time around. Mirroring the wrap-up of the Opus 54 Sonata, the culminating high-tension Presto was an orgasmic cavalry charge, Levit’s superior pianism never yielding for an instant, each staccato chord punched home with orchestral energy, each left-hand sforzando off-beat blazing like so many operatic trombones. Commanding stuff!