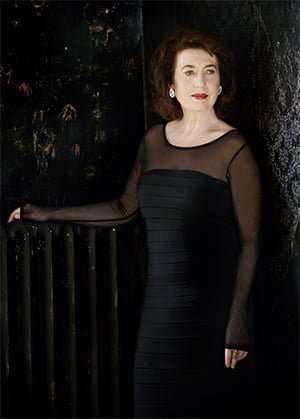 Things come in threes, and sometimes make for complete concerts, often bound by being endgames – Mozart’s final symphonies (numbers 39-41), Beethoven’s last piano sonatas (Opuses 109-111) and, as here, Schubert’s trio of magisterial works that proved to be his farewell to the keyboard, and to life itself. Imogen Cooper, who has now reached the age made significant by The Beatles, has established a seriously good reputation as a divine interpreter of this composer’s music, not least for Avie Records, and she certainly graced Wigmore Hall with this recital.

Still burning in the memory was her powerful and intense reading of the C minor Sonata at the BBC Proms less than a couple of months ago. Tailored to a much more intimate acoustic, Cooper remained fiery, and also found severity and tenderness in the first movement, the exposition repeat made inevitable and the whole imbued with musical stealth and vivid characterisation. In each of the Sonatas’ slow movements Cooper chose spacious tempos, never losing the line, that for D958 rapt if not without differentiation. Following the dark and halting Minuet, Cooper went straight into the finale (she proved a mistress of the attacca whenever she opted for it) for a driven and demonstrative outing, highways and byways made indivisible.

This was a two-interval concert, necessary for pianist and audience alike to focus on each work. Trials of memory, technique and stamina were not an issue for Cooper and spectators were often spellbound. For all the stoicism brought out in the first movement of D959, the loss of its exposition repeat was to be regretted, the Allegro reduced in scale both in itself and then when set against the expansive finale. Cooper made much of the music’s expressive journeying though and, in polar contrast, conjured a savage storm at the centre of the Andantino, after which the solemn progression of the movement took on even greater gravitas. Following the crisply rendered darting and feather-ruffling of the scherzo, the finale, lyrical rather than heroic, was full of song, dulcet at times but its prolixity wasn’t disguised, possibly as a consequence of the foreshortening of the first movement. In the final bars, Schubert hints at the Sonata’s very opening, which at least rounded things off satisfactorily. 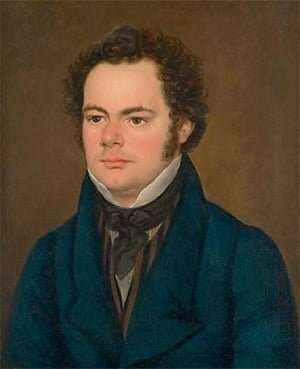 As for the B flat Sonata, Cooper gave a wonderful account of it, although she once again eschewed the first-movement repeat. True, two of the work’s greatest interpreters, Clifford Curzon and Alfred Brendel, did similarly; nevertheless, although the lead-back bars are perfunctory, it is the only place where the threatening bass trill is heard fortissimo and which can be such an arresting occurrence, so to not play what Schubert wrote seems to undermine his carefully-crafted design. This aside, Cooper gave us a rather special rendition, perfectly paced (Molto moderato) from the off to bring out the music’s sublime searching and otherworldly visions. The Andante was loaded with burden, and also sweet and serene, even taking on the sacred mantle that had been revealed in the coda of the preceding movement. The scherzo skipped and sparkled, the trio evenly cross-hatched between the hands … and then the finale, which is so easy to rush and hector, but here a revelation, Cooper giving it Mozartean elegance and clarity, suggesting it as satisfied music written by a composer on his way out but accepting of his fate, the closing emphatic bars rounding off a short life (Schubert died in November 1828 a couple of months before turning 32) but a prolific and productive one: all is done.

Imogen Cooper draws you into the music she is playing through discretion and deep insight, nothing is gratuitous, so that the occasional missed or inexact note is of little consequence. What was a little more troubling here was the piano itself, which sounded fine per se, not least because of Cooper’s considered variegation of colour and dynamics, but there were numerous overtones apparent, especially noticeable during D960, which may well have been due to less-than-perfect pedalling mechanisms. Nevertheless, this was an evening rich in musical incident, during which the sell-out audience played its part by quietly listening – senior house manager David King’s announcement to switch phones completely off and not cough did the trick! – and, quibbles over those missing repeats aside, an illuminating and transporting one.