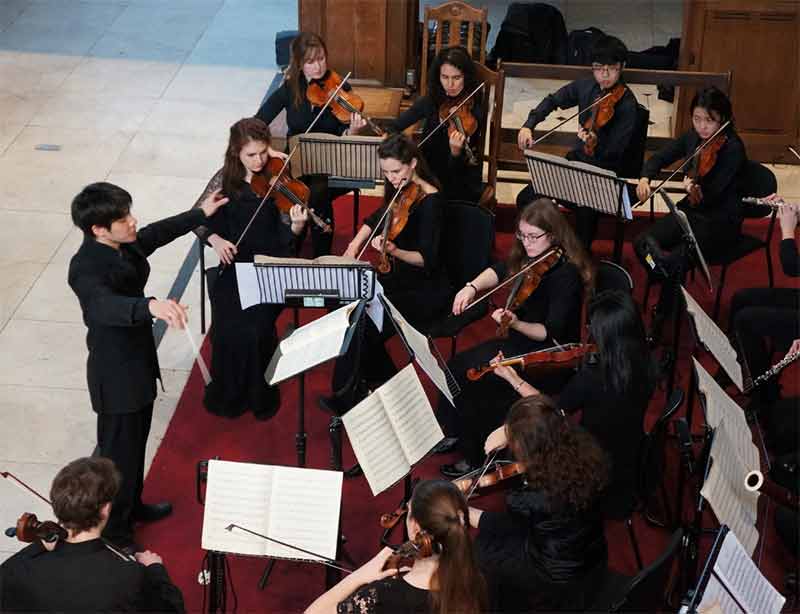 My late colleague Bob Briggs maintained that the most interesting programmes were those given by student and semi-professional orchestras – how right he was, and continues to be. The first half of this concert was taken up with two Russian pieces. The Borodin was a little difficult to judge, for the rich acoustic (rich in depth of bass and in volume) of St James’s tended to obfuscate detail in dynamics greater than mezzo-forte. This church often catches the unwary conductor out, here Pablo Urbina; during rehearsal, by handing over to the leader for a minute or two whilst the conductor listens at the west-end of the building, enables problems in balance to be ironed out. And so we were presented with a reading that was nicely paced but which was little more than a competent play-through and needed a finer degree of internal balance. However, the make-up of the programme suggested that the greater portion of rehearsal time would have been expended on the concertante works.

For Tchaikovsky’s Rococo Variations, Urbina handed over to Edmund Hartzell, but before long one began to wish that he had stayed put. Not that there was anything particularly reprehensible in Hartzell’s conducting, but in a concerto partnership the conductor has to do rather more than beat time with his head in the score throughout. Yuki Ito deserved better, for he gave an absolutely splendid account of the solo part: he is very gifted, musically highly communicative and totally in command of his instrument; his intonation, phrasing and sheer grasp of the music were in a very high class indeed. 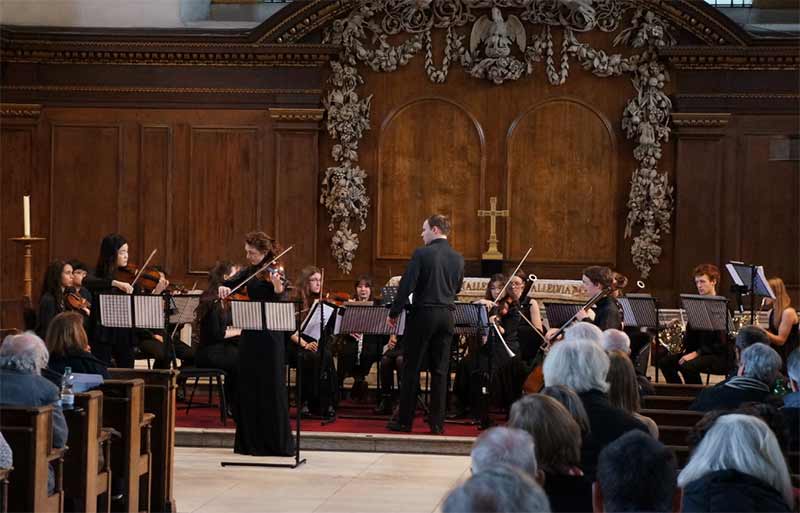 Hartzell returned to begin the concert’s second half by directing the first performance of his six-minute Siciliano. Three cellos and three double basses might seem to have over-emphasised the lower lines, but this was no bad thing in the circumstances: as the music progressed, the main cello theme promised a longer work than we received, giving the impression that Siciliano (which should be rather more than a lilting 6/8) had either been composed rather quickly or brought to an end – with the sole pizzicato – too suddenly. Despite the composer conducting, one felt there is rather more in this music than was revealed.

The most intriguing item came last: the Piano Concerto by the Portuguese composer Joly Braga Santos (1924-1988). The concert had opened with a short speech of welcome from His Excellency the Portuguese Ambassador, and the Concerto was similarly prefaced by an introduction from the composer’s daughter. She told us that the Concerto dated from 1973, but sadly the programme gave no information on any of the works played (not even which version of the Tchaikovsky was being played); what it did contain appeared to have been lifted bodily from Wikipedia.

Once again, the full orchestra tended to overwhelm the soloist but from the opening bars of this powerful, colourful and dramatic work, whose succinct three movements and 20 minutes’ duration passed quickly by, it is clear that Santos is a composer of genuine gifts, possessing a strong sense of orchestral colour and a fine command of the keyboard. In this regard, Ana Beatriz Ferriera proved a truly superb interpreter, absolutely committed to the work. It was a pleasure to make acquaintance with this music, for which grateful thanks must be extended to the Portuguese Embassy in London, Camões – Instituto da Cooperação e da Língua L.P. and the patronage of Mr Michael Savage.