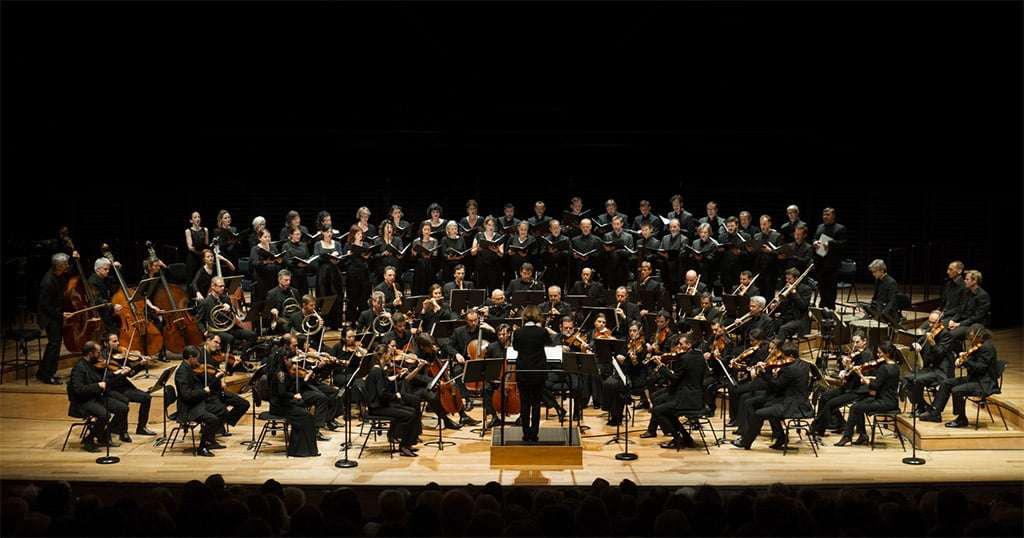 Considering the crucial role Carl Maria von Weber’s Singspiel with Grand Opera aspirations has played in early romantic opera north of the Alps, productions in the UK have been thin on the ground over many years, which is a shame because, apart from its inspired music, Der Freischütz (‘The Marksman’ or ‘The Sharp Shooter’) offers four meaty leads, good chorus scenes and a couple of strong smaller roles. This one-off semi-staging by the Parisian period players Insula orchestra and the accentus chorus, both founded by their Music Director, Laurence Equilbey, arrived in London at the end of a fully-staged tour throughout Europe, so everyone was thoroughly bedded in, with chorus and soloists singing from memory. Equilbey, Insula and accentus have recently mounted staged versions of Haydn’s Creation and Mozart’s Requiem, and a staging of Beethoven’s ‘Pastoral’ Symphony is in preparation, to give an idea of their sphere of activity.

Der Freischütz is based on a folk/ghost story with teeth – Max the forester (good) has lost his sharp-shooting mojo and does a deal with hunter Kaspar (bad) over casting some magic bullets that never miss their mark. The love of a good woman (Max’s fiancée Agathe), double-dealing from Samiel (the Devil), and a ‘surprise’ happy ending via a holy hermit ensures Max’s salvation from his dalliance on the dark side, while Kaspar reaps the whirlwind by being slain instead of Agathe by one of his magic bullets. Order is restored.

Supernatural spookiness aside – mainly centred on the famous Wolf’s Glen scene where Kaspar, Max and Samiel cast the magic bullets – Der Freischütz is a sitting duck for modern agendas such as compromised manhood, evil coercion and supine and abused womanhood, which may well have come across in the full staging but were strong enough in this ‘spatial installation’ in front of the orchestra, fully acted and in vaguely Bavarian costume. It included some ripe examples of ‘director’s theatre’, a by-now almost obligatory dumb-show during Weber’s evergreen overture to establish character and motivation, and the equally common must-have element, the unseen or alluded-to role elevated to prime importance. Here it was the satanic Samiel – usually only heard in the Wolf’s Glen scene, often ghoulishly amplified, and he nearly brains Agathe when he magics a heavy ancestral portrait to ‘accidentally’ fall on her – played by the lithe and flexible dancer/acrobat/juggler/mime artist Clément Dazin, who threw many a devilish shape and nonchalantly juggled the characters’ illuminated balls of fate. He was hardly the stuff of elemental fear, and his ubiquity mercilessly upstaged the ‘real’ characters most of the time. 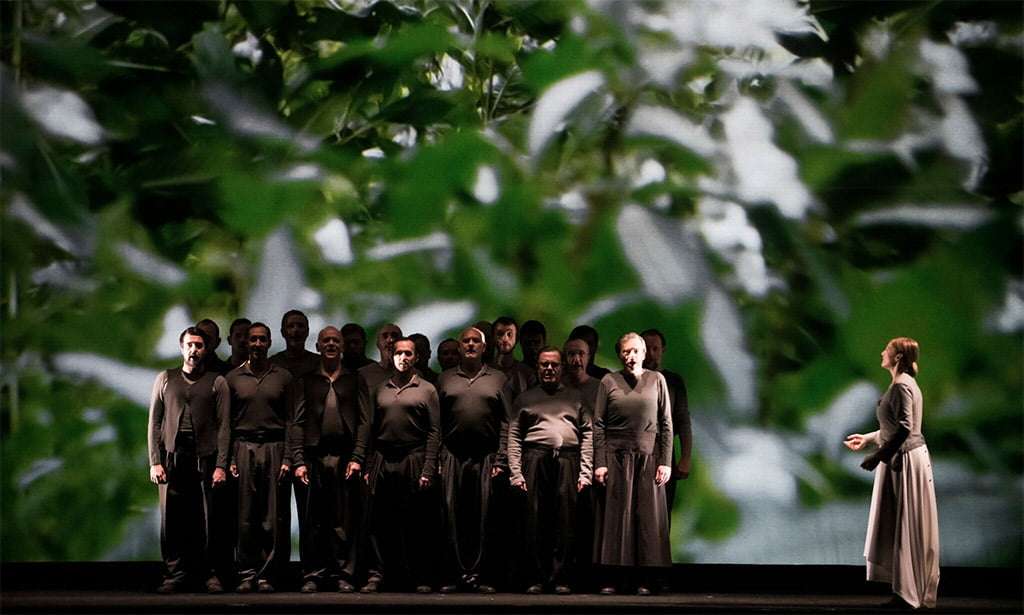 And yet it worked well, all down to great singing and playing. Equilbey had that vital ingredient, a deep affection for a score that constantly strains the seams of expressivity. There were times when her period-instrument Insula strings had more enthusiasm than weight and volume for the more substantially voiced soloists, but they delivered a powerful Wolf’s Glen scene, with accentus on high, shrieking spook form in the auditorium’s balcony, and Equilbey gave the Overture its due stature, the natural horns hitting the early romantic spot and the trombones undermining the earworm main theme with soft but infinitely threatening growls.

The two leads were outstanding. As Max, Stanislas de Barbeyrac showed off his light, proto-Heldentenor to great advantage, his lower range has an irresistible baritone edge, and his wholesome vulnerability was a great fit for the role. The soprano Johanni van Oostrum weighed into Agathe’s conflict with sumptuous, ardent singing leavened with an innocence that made you think of Wagner’s Elsa and Elisabeth forming an orderly queue behind the role, while Agathe’s two big numbers, ‘Wie nahte mir die Schlummer’ and ‘Und ob die Wolke’, movingly balanced Mozartian grace and romantic yearning. She made a very good double-act with her friend Ännchen as sung by Chiara Skerath, who steered just the right side of soubrette charm and showed lively comic timing. Vladimir Baykov set up Kaspar’s implacable darkness superbly, a great foil for Max, his victorious ‘Schweig, schweig’ and dying curses after he is shot making good’s eventual triumph over evil a close-run thing. Smaller roles, Anas Séguin’s animated Killian, Thorsten Grümbel’s blithe Kuno (Agathe’s father) and Christian Immler’s sonorous switch from wicked Samiel to redemptive Hermit, were strongly played, there was an excellent Prince Ottakar from Samuel Hasselhorn, and all the spoken dialogue didn’t upset the music’s flow.

There is a recording due, whether of just the music or a DVD of the fully staged show not specified. For now, the evening reaffirmed the stature of Weber’s opera.