Rimsky-Korsakov
The Legend of the Invisible City of Kitezh and the Maiden Fevroniya – Suite
Prokofiev
Piano Concerto No.3 in C, Op.26
Tchaikovsky
Symphony No.5 in E-minor, Op.64 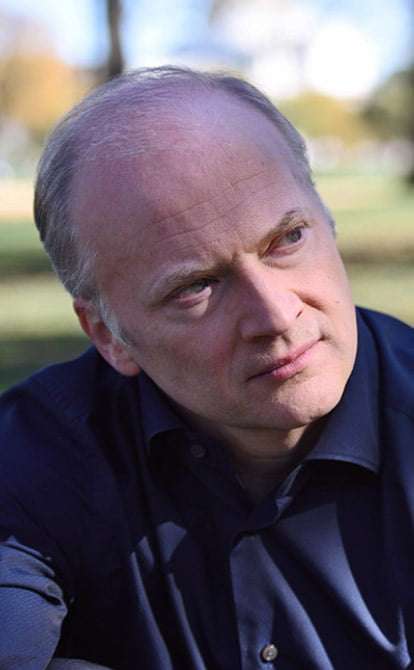 This was the second LSO concert entitled ‘Russian Roots’, and it opened with Rimsky-Korsakov’s Suite from the Invisible City of Kitezh, a rarity taken from the sprawling opera of that name, whose short introduction brings to mind Wagner, and for all of the brilliant orchestration and scene-painting, melodically it remains stubbornly unmemorable. Nevertheless, Noseda and the LSO gave a committed account of the four movements, with eloquent woodwind playing in the Prelude (Forest Scene) although the Bridal Procession and Tartar attack (the plot makes La forza del destino appear coherent) were flat-footed, the upper-string pizzicatos virtually inaudible, and despite the power of the battle scene again there was a lack of rhythmic articulation; while the woodwind got lost in the heroines apotheosis, there was lush string sound and phrasing.

Sergei Prokofiev’s Third Piano Concerto has always been his most popular. The first of the three movements is in something like sonata form, the second a set of variations, the finale a sort of Rondo whose strutting main theme is constantly reinvented, with an ultra-romantic slower central section and coruscatingly percussive coda. The soloist Denis Matsuev has never been noted for his subtlety, and from his first entry it was obvious he was stuck in a metronomic straight-jacket, where the developments scherzando-like elements were lost as he pounded his way up-and-down the keyboard, and even when the pace slackened there was no tonal shading or rubato.

In the slow movement the woodwind introduce the theme and here Noseda broke the line with exaggerated first beats in the bar, when the piano embellishes the melody for the first time Matsuev showed he could play softly and lightly, but even then there was no discernible emotional involvement or variety in the slower variations. The concluding Allegro ma non troppo was hammered out by both soloist and orchestra. The audience went wild at the end, and we were given two encores: a literal, ineffably bland account of Sibelius’s Op.76/2 Étude, and Ginzburg’s arrangement of In the Hall of the Mountain King from Greig’s Peer Gynt, where Matsuev smashed the hell out of the Steinway, thus ending a crass display of pianistic brutality.

After the interval there was possibly Tchaikovsky’s most popular Symphony. Here, the opening fate motif is marked Andante not adagio as so many conductors would have it and Noseda maintained his slightly lugubrious, but still forward-moving tempo to the change to 6/8 for the main Allegro con anima, where he charted a clear course, with some classical rubato (that is taking away and giving to notes within the bar, while the bass remains constant) through the movement, which unlike so many accounts recognized that there are actually very few marked changes of pace, and yet while he created some beautifully moulded string lines and eloquent woodwind interjections, there were one or two caveats. As in the Prokofiev there were balance issues, with the brass and timpani swamping the rest of the orchestra in the big climaxes (indeed throughout Noseda seemed to have difficulty in differentiating between double and triple forte) so given the number of brass players and appalling acoustic, it would have been better to double the woodwind and for all of the sculpted string phrasing, there were occasions when greater definition and crispness of attack were needed, and the lack of antiphonal violins meant that on numerous occasions the seconds don’t mirror the firsts, so much of the composers textural subtlety lost.

If asked to choose the most gorgeous horn solo in symphonic music then I am sure the one in this work’s Andante maestoso would be near the top of the list, especially when played so beautifully as by Diego Incertis at a measured but not lachrymose tempo and here again one noted Noseda’s insistence on following the numerous tempo changes indicated in the score, which meant the music making was volatile, without ever losing sight of the opening serenity. The Waltz passed elegantly by, although here the saturated string tone sounded too heavy.

The Andante moderato introduction to the last movement was suitably imposing, as was the move to Allegro molto (alla breve), but here the tempo was marginally too slow to bring out the music’s hell-for-leather drive and power (Mravinsky in any of his live recordings is the ideal here) and while Noseda quite rightly didn’t grind to a halt in the extended coda, the fate motif wasn’t as shattering as it could be.