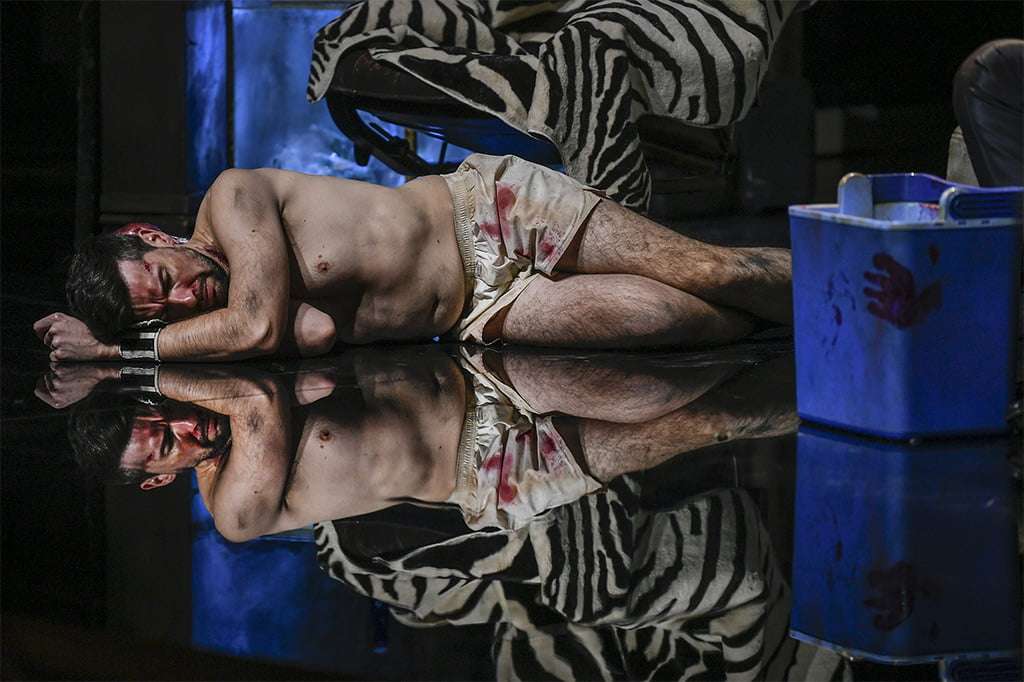 Although Rodrigo (1707) was the fifth opera which Handel composed (albeit three of those are now lost) it was the first he wrote in Italy and so represents his first true Italian opera seria, as opposed to the bilingual stage-works he had created in Hamburg. Despite that, it has held an uncertain place in the Handelian operatic canon, as some portions of the score were missing until the 1980s, whereupon a more or less complete version of the score was able to be reconstructed (with some recitatives re-composed).

As the first institution to revive Handel’s opera in the modern era, it is characteristic of Göttingen’s International Handel Festival to rehabilitate such an overlooked work. As ever, Laurence Cummings – also the music director of the equivalent (though more recent) Festival in Handel’s adopted home, London – proves an enthusiastic and assured advocate of this music, demonstrating that the composer already had a secure grasp of the form of Italian opera by the age of twenty-two. The robust approach Cummings inspired in the FestspielOrchester suits the relative concision of some of the arias and the fairly straightforward narrative, as compared with the subsequent operas. Accordingly it reveals a work that serves just as well as an introduction to the treasure trove of this output, as it does to satisfy the tastes of seasoned Handelians. 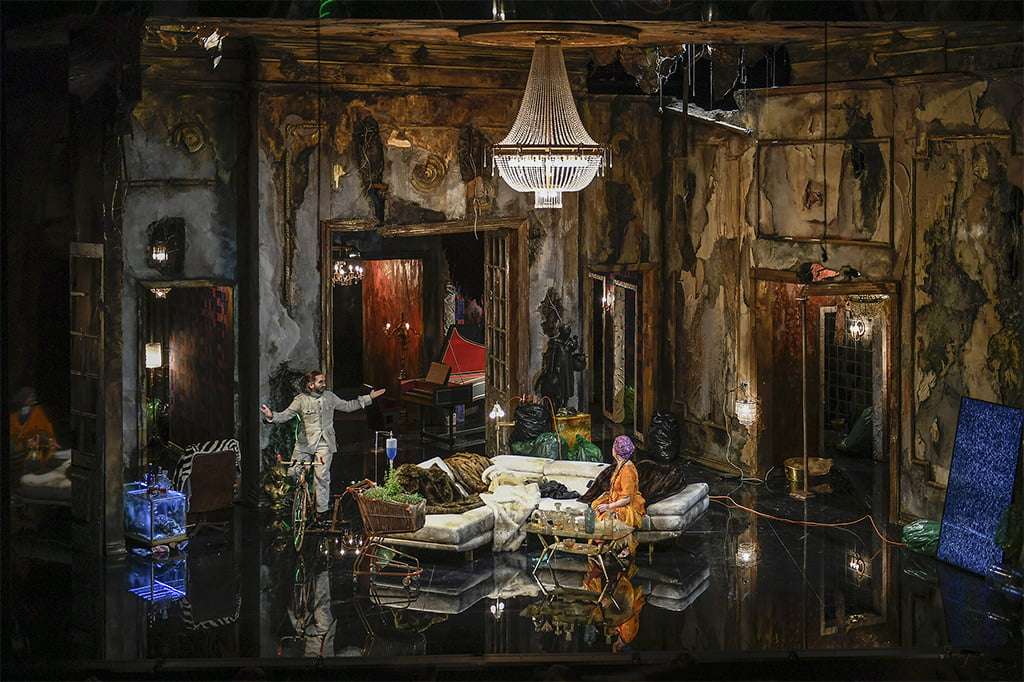 Walter Sutcliffe’s busy, almost restless production avoids the implied moralising of the alternative original title (To conquer oneself is the greater victory) but confronts the compromised, grim reality of the real known history of the last Visigothic king of Spain, whose rule gave way to the Muslim occupation of the Iberian peninsula. A dilapidated palace suggests not only that the recent battle prosecuted by Giuliano on Rodrigo’s behalf is a pyrrhic victory, but also evokes a debauched court presiding over a society in terminal, rather than managed decline. A sordid, violent decadence of ultimately unsustainable and barren artificiality is evoked by the damaged furnishings, and chandeliers powered through a dynamo in which energy is generated by riding a stationary bicycle; a case of stuffed animals, which serves as a drinks table; garments of fur; the drip-fed trolley of potted plants which Rodrigo’s childless wife Esilena pushes as a contrasting symbolic counterpart to the pram of his lovechild borne by his mistress, Florinda; all culminating in the bestial roasting of a butchered dog (previously seen alive wandering throughout the palace) to provide barbecued food for the characters at the end of the drama. The sequence of dances which Handel composed as an extended Overture is knowingly and mischievously co-opted into this conceit of corrupted indulgence by acting as the accompaniment at the beginning of the performance whilst these themes are played out visually. The rich timbre drawn by Cummings from the players underlines the luxury sought by Rodrigo (who here, by the end of the opera, more resembles a pimp than a monarch with his Adidas tracksuit and gold chain).

The singers rise to the occasion with musically adept characterisations, unhampered by the sometimes fussy choreography they have to execute, though for the most part that hangs together just about coherently. Leading the way, Erica Eloff presents herself with swaggering conviction as a toxically masculine Rodrigo, and direct but unforced vocalism. Fflur Wyn is rightly restrained and demure as his suffering wife, to whom he is eventually reconciled (after plots against him) though she combines that with quiet sensuousness to make it dramatically plausible that she might win round such a playboy (though why she wants to is another matter, as difficult to fathom as Donna Elvira’s pursuit of Don Giovanni). By contrast, Anna Dennis exudes more forthright allure and passion as Florinda, the woman seduced by Rodrigo and finally persuaded to give up her vendetta against him and accept Evanco’s amorous claims upon her. 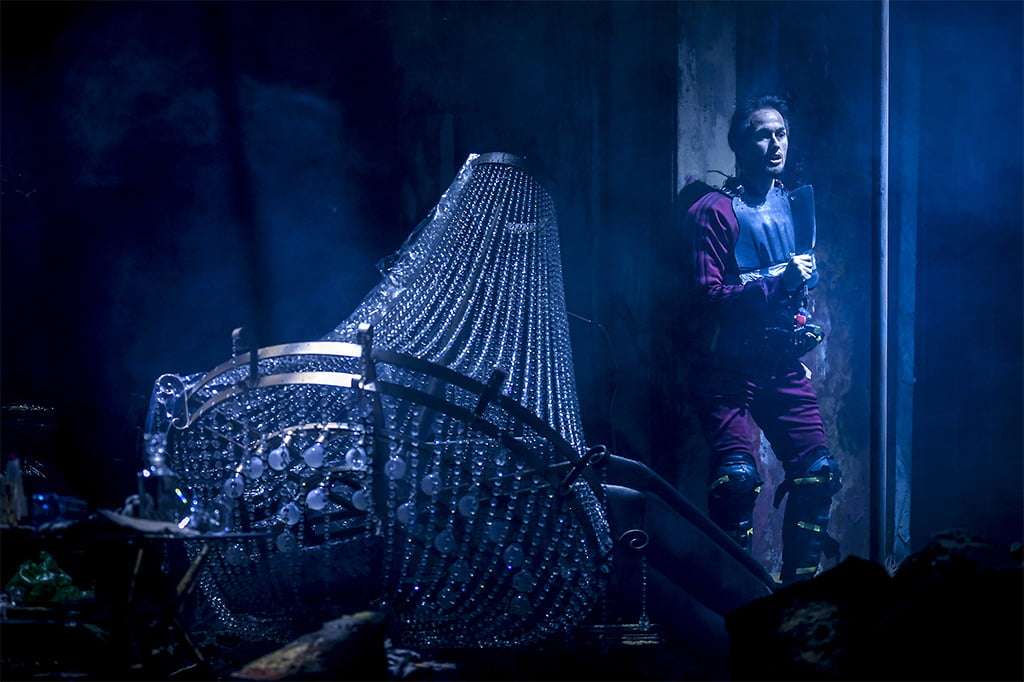 Russell Harcourt dispatches the high countertenor range of the latter’s music with effortless fluidity, emphasising both the resolve and the wiliness of the character who also seeks to unseat Rodrigo. In the other countertenor part of Fernando, Rodrigo’s right-hand man, Leandro Marziotte is fully engaged if less distinguished, though a small amount of music gives him less opportunity to shine. Jorge Navarro Colorado is strained and uncertain at first as Rodrigo’s military commander, Giuliano, but he soon reaches his stride in the more heroic expressions of his arias vowing revenge on Rodrigo, for his sister, Florinda’s, sake, in the lowest tessitura called for in this work.

Music and dramaturgy come together, then, for a powerful and cogent realisation of this opera. If, for some, it may be too provocative, that equally serves to remind that Baroque opera should still make a searing, emotional assault upon minds and senses. But the production also demonstrates that, like the very greatest musical dramatists, Handel’s operatic compositions are sufficiently multi-faceted to bear such directorial interventions which complicate and deepen the overt trajectory of the music and narrative. Even in his more obscure works, Handel rewards being taken in that vein, as do Monteverdi, Mozart, and Wagner.

Handel fans can look forward to further riches in 2020 when the Göttingen Festival celebrates its centenary with plans to present all the operas through various means.