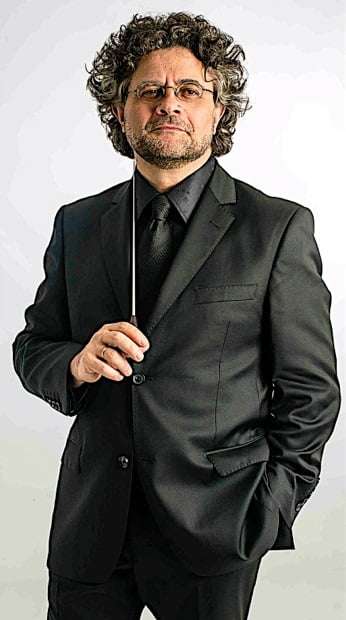 The International Spring Orchestra Festival, now in its tenth season, combines orchestral events with chamber music evenings. Founder Karl Fiorini sees it as a platform for “innovative performances and programming with a commitment to new works.”

The highlight of this closing concert was Fiorini’s own de dioses y de perros (of gods and dogs) for soprano, chorus and large orchestra. Born in Malta in 1979, now living in Paris, Fiorini studied with Charles Camilleri and Joseph Vella, and then in London with Diana Burrell at the Guildhall School and Michael Zev Gordon at the Royal College of Music. His early works were largely Maltese/Mediterranean in identity, but on moving to France he decided to “completely detach himself from this movement.” Witness his two Polish-recorded Violin Concertos (on Divine Art) and the neo-post-Romantic Second Symphony. He’s a composer with big ideas embracing intense emotional states, a man who journeys volcanic storms and wild oceans, who caresses and curses sound and rhythm, who twists and tortures innocent motifs and strands of memory into climaxes and explosions of terrifying confrontation. He loves and dreams but there is also rejection and revolution, angst and violence, defeat, doubt and defiance.

In de dioses y de perros he sets texts by the Spanish-Lebanese writer, guitarist and scholar Ana Bocanegra Briasco, from a collection of twenty-six poems published in 2008. A quiet, gracious young woman with eyes that have seen much, her external persona does nothing to prepare us for the chthonic soul-states lying within. “Mother, so much pain I drank in your womb … Each of your words stripped my skin”; “Hopelessness has the colour of sulphur”; “In the beginning it wasn’t the Word but Anguish”; “I write because I have nothing to say.”

“Questioning one’s helplessness, sadness, obscurity, fear, revolt and rage”, Fiorini’s score, in seven movements, is arresting, shocking and tumultuous, black without a star for comfort. The words are hurled at us. The orchestral rejoinders and interludes are jagged. The landscape is bleak and barren. Dark, eddying pools of pianissimo contrast with monstrous percussion battles and snarling brass, piercing piccolo and concertante piano. Out of the cosmic cauldron float memories, some near, others distant – Beethoven, Shostakovich, Debussy, Stravinsky, Scriabin, Szymanowski. Gravity-circles – ancestrally monolithic – are fundamental. Ground-rhythms – quick, slow, repetitive, limestone terraced – are everywhere. Nothing is compromised, no one is spared. The musical language – defying gratuitous analysis – is complex, lyrical, nervy, fiery, and harmonic. Not a song-cycle, more a symphonic fantasia with obbligato voice. 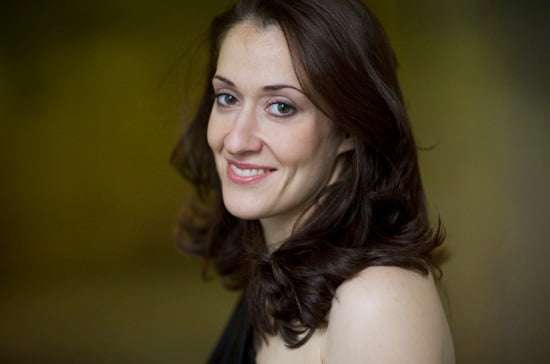 The performance, in the presence of composer and poet, was relentless. Making a long overdue return to Malta (she’s based in Paris) Claire Debono – who originally wanted a “simple piece about despair” but got Niagara instead – was predictably world-class. Without amplification, her voice shattered across the orchestra like iced glass, she reached stratospheric heights with laser accuracy, her wracked body and wrenched hands dramatising the text with all the tragedy of a Greek heroine. Her final ‘Dios’ (“These would be the last words of God”) had to be seen and heard.

Brian Schembri, with whom she had the ideally tensioned partner to take on Fiorini’s gloves-off challenge, achieved no less with orchestra and chorus, pushing boundaries and securing results and a degree of attentiveness and intention that gratified the composer. It was good to see Charlene Farrugia given the difficult piano part – dispatched with unruffled authority. More than fifty years ago I remember a Mravinsky/Shostakovich concert in London that had me pinned to the seat, like a bolt through the chest. And so again on this occasion – an exhausting, demanding, glorious affair, no-one yielding an inch.

Roland Conil, born in 1950, studied in Avignon and at the Geneva Conservatoire. Predominantly a pianist, improviser and chamber-music player, he came to ‘public’ composition late, in 2000, crediting the influence of Maurice Ohana and Les Percussions de Strasbourg. Arianne et Dionysos, a tone-poem about Dionysian purification and Ariannesian surrender, has fine moments, coloured by an economic, inventive mastery of the orchestra ranging from a ‘prepared’-piano to slow glassy string glissandos. There are plenty of opportunities for woodwind display and delicate dovetailing; and the percussion section gets to have its Shostakovich 15 moment. Richard Strauss’s Zarathustra and Alpine Symphony, possibly Mahler One, debatedly lurk behind the opening dawn, and French byways and sepia tints behind the tonally-geared, dying twilight of Arianne’s afterglow.

Beethoven in C, the questioning, insecure, defiant firebrand of two centuries ago, escaping provinciality for the wider world, closed the concert’s two halves. The dissonances and bright majors, cadences and clichés, of the First Symphony showed off a new-found crispness in the Malta Philharmonic – the woodwinds ever-delectable; a rewarding togetherness in the scurrying string semiquavers of the Finale; the cantering tuttis manly and visceral. Beethoven always brings out the best in Schembri.

The 1808 Choral Fantasia, that intriguing hybrid from just before the second Napoleonic occupation of Vienna, brought the evening to an exalted climax. Open to all manner of interpretation, it’s trajectory from C-minor introduction to C-major catharsis via A-major Adagio and F-major Marcia, was in the musical hands of Lucia Micallef, never an artist to fuss needlessly, nor waste energy. Schembri collaborated and enhanced with wiry verve and a tight beat. The wind and string principals contributed elegantly, so too soloists from the choir (in particular Clare Ghigo and Charles Vincenti). The final pages – trumpets and hard-stick drums on the attack, choral high-Gs in full cry, the piano ringing out its locked-position chords and rocketing arpeggios – took on a Bacchanalian dimension.