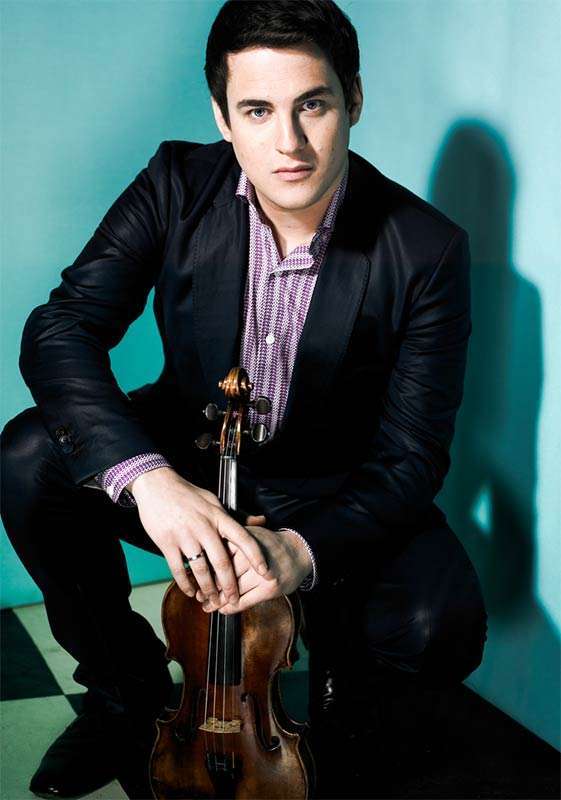 One of the most enjoyable series of concerts in New York features the Sunday-morning events at the Walter Reade Theater. The hour-long recitals are compact and intimate and, over the years, we have been introduced to many previously unknown performers who intone at a very high level. Plus, there is a cornucopia of brunch places within walking distance!

I first became aware of the English composer Frank Bridge (1879-1941) from reading about Benjamin Britten, who wrote that this maverick teacher “…really taught me to take as much trouble as I possibly could over every passage, over every progression, over every line.” The fearless leadership of Bridge inspired Britten to experiment with unusual sound universes, such as the cithara obbligato in The Rape of Lucretia or the exploration of the all-male tessitura of Billy Budd. Thus it was a real treat to hear Bridge’s Violin Sonata (1932).

Jack Liebeck put a foot wrong at the outset by beginning the recital with a short lecture, a disquieting trend in recent concert procedure. (Agreed! – Ed.) Essentially rehashing the program notes, he even related how a recent audience in New Zealand groaned when he mentioned the atmosphere of the Bridge as downcast and depressive. The performance itself was notable for a rather exaggerated vibrato – almost a portamento in spots – and a general sense of introspective weariness. Philip Edward Fisher exhibited a bad habit of lingering just a little too long on certain notes, creating dissonances that are not in the score. Overall this was an acceptable reading of a very difficult opus.

Sometime during my lifetime, several classic works lost their soubriquets: Mahler’s First Symphony is no longer the ‘Titan’, Bruckner’s Third is never the ‘Wagner’, and Brahms’s G-major Sonata for Violin and Piano has shed its once-common appellation of ‘Rain’. The genesis comes from a song (‘Regenlied’) that the composer uses for inspiration in much the same manner as Schubert employed ‘Death and the Maiden’ or ‘Die Forelle’. But further, it establishes just the right mood of sehnsucht: one can almost taste the drops on one’s tongue in this extremely emotive piece.

Sadly, the reading of the Brahms was not as interesting as the Bridge. Although it was competent there was little sense of depth of feeling and almost no aura of nostalgia. Liebeck, rather oddly, employed much less vibrato here than in the opening work and this dull and straightforward approach, coupled with Fisher’s occasional notes held too long so that they flattened, made for a rather disappointing treatment of what should be one of the most affecting instrumental pieces of the entire Romantic period. The notes were all there, but a violinist who plays a Guadagnini from 1785 and doesn’t exploit its tone for maximum effect is vulnerable to criticism. This account was, if you will pardon the pun, decidedly academic. For an encore, the duo offered Fritz Kreisler’s Schön Rosmarin.