Wagner
Lohengrin – Prelude to Act I
Beethoven
Piano Concerto No.4 in G, Op.58
Schubert
Symphony No.9 in C, D944 (Great) 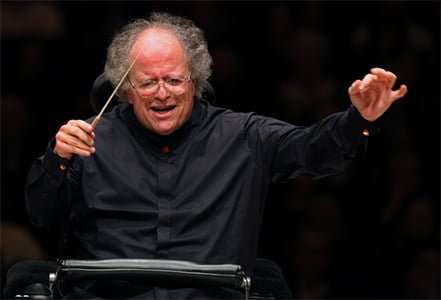 This concert by the MET Orchestra ended the 2012-13 New York season for both the MET and Carnegie Hall. More significantly it marked the beginning of James Levine’s return to conducting after being sidelined for two years while recuperating from surgeries and injuries that slowed his recovery. When he made his appearance, the capacity audience, which included many notables from the music world, rose to greet him with a long and loud ovation. Levine now uses a motorized chair, which he maneuvered into a specially built enclosure with a lift that elevated him several feet above the stage, giving both the orchestra and the audience a clear view of him as he conducted.

Levine began with music that has long been one of his specialties, from Lohengrin, which he may have found particularly appealing on this occasion, given Wagner’s association of it with the healing power of the Holy Grail. The orchestra’s sound was superb in the fine acoustic of Stern Auditorium, with every instrument coming through with clarity. The intricate eight-part passage for violins (including four soloists) that begins the Prelude was eerie and shimmering, and Levine managed the gradual aggregation of other instruments – first woodwinds, then horns, then trombones and tuba, and finally trumpets, timpani and cymbals – almost imperceptibly and never jarring to a climax. Equally impressive was his handling of the music’s declining trajectory as it ultimately faded to as soft a shimmer as when it began. There was a long and respectful silence after the last note had faded away, an implicit acknowledgement, not ten minutes into the concert, that Levine’s musicianship remains as outstanding as ever. 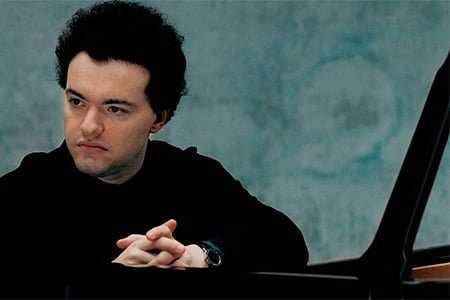 Evgeny Kissin also received a long ovation for what proved to be a brilliant performance of Beethoven’s Fourth Piano Concerto. He played the opening solo with grace and delicacy, which was echoed in the orchestral introduction. He employed a light touch that made much of his passagework in the Allegro feel light as air, yet he became quite forceful at appropriate moments. Kissin exhibited spectacular technical prowess in the cadenza – the first (and longer) of the two Beethoven provided. In the Andante, he exaggerated the contrast between the vulnerability of the drawn out, almost detached piano line and the intimidating staccato interjections by the strings. The brief cadenza with its extended trill and runs, then hushed strings and the piano’s soft final arpeggio were a moving lamentation that was immediately swept away by the high-spirited finale. Here Kissin’s playing sparkled. As an encore, Kissin gave a blazing account of Beethoven’s ‘Rage Over a Lost Penny’.

After intermission, Levine led a performance of Schubert’s ‘Great’ C major Symphony that focused on the composer’s uncanny knack for creating beautiful melodies. The musicians took full advantage of many opportunities to shine, both in solos and tuttis, beginning with a burnished introductory horn duet, followed by radiant strings and oboe and clarinet solos. The trombones stood out in the opening movement, especially when playing in counterpoint, and there were glorious high accents from flutes and trumpets. The Andante featured fine oboe solos by Nathan Hughes and the strings were outstanding, with antiphonal violin seating paying dividends as the seconds and then the firsts took up a lovely lyrical subject, undergirded by bassoon and double basses. In the energetic dance-like scherzo, the strings provided a rather dense tone, particularly when the timpani rolled along with them, but could have been a bit gentler in the trio to allow the winds to come through more strongly. Levine imbued the finale with excitement, from its opening fanfare to galloping figures and majestic brass, with the trombones again making the most impressive contributions.

Levine was recalled to the stage several times by the enthusiastic audience, its members now having the summer to anticipate his return to the MET next season to conduct productions of Cosi fan tutte, Falstaff, and Wozzeck.