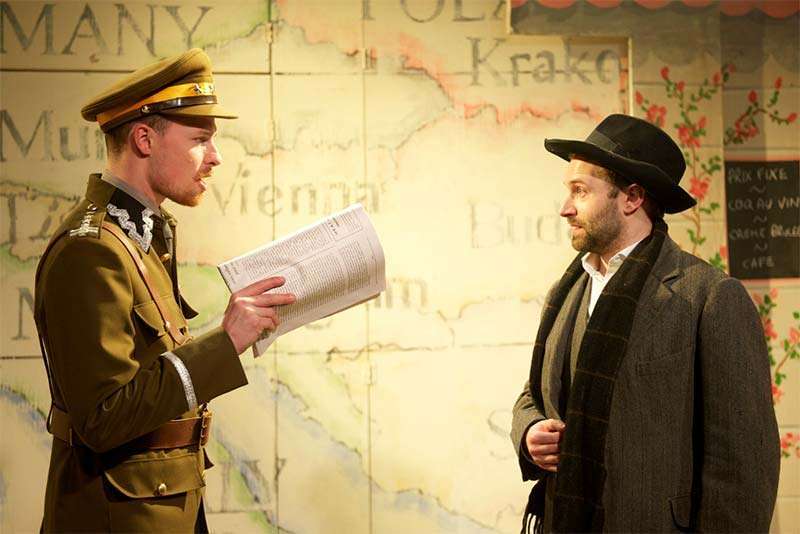 Franz Werfel (1890-1945), author of Jacobowsky und der Oberst (Jacobowsky and the Colonel) was a poet, novelist and playwright, born in Prague of a German-speaking Jewish family. Although a pacifist he served in the Austrian army in the First World War but his conscientious-objector opinions saw him charged with treason. From the 1920s his plays dealt with complex subjects on the themes of religious faith, heroism and brotherhood, often with a background of historical or political events. His poetry and plays were influenced by German Expressionism, while his novels dealt with music – the great passion in his life – history and the Catholic faith. Ironically, he was forced to resign his Jewish faith in order to marry Alma Mahler, widow of the composer, in 1929. As the Nazis encroached on Austria in the 1930s Werfel moved to France, settling in Lourdes before being helped to set sail for America in 1940, where he wrote another novel, as promised his saviours in France he would, The Song of Bernadette which was later filmed with Jennifer Jones.

Werfel joined other émigrés to the States, including Thomas Mann, Max Reinhardt and Erich Wolfgang Korngold, devoting most of his time to writing and enjoying immense popularity. Jacobowsky und der Oberst (1944) was his last major play, in S. N. Behrman’s English adaptation running on Broadway for over a year with Oscar Karlweis as the lead, Louis Calhern as the Colonel and Annabella as Marianne. In 1958 it became a film with Danny Kaye, Curt Jurgens and Nicole Maurey and in 1965 there was an opera version by Giselher Klebe (1925-2009). 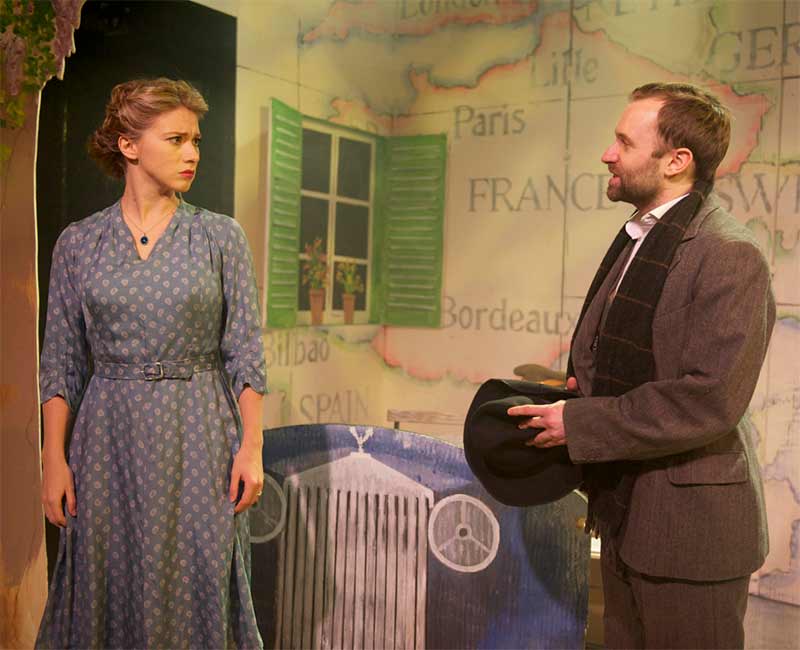 Recalling Werfel’s wartime experiences, this is a story of survival at all costs by Jacobowsky, a Polish Jew, an underdog who never gives up his determination to help both himself and his countryman, the anti-Semitic Colonel Stjerbinsky, to escape the clutches of the Nazis during the invasion of France in 1940. Werfel turns his story of the little man who succeeds against the odds into ironic humour. This may have been what attracted Jerry Herman (born 1931) to make Werfel’s tale of the itinerant Jacobowsky into a musical comedy with the altogether double-edged title of The Grand Tour.

Anything less like a ‘grand tour’, however, is hard to imagine. It recalls bygone times when young men of means straight out of University would descend on Europe to complete their cultural education, perfecting their language skills and gaining an insight into classical antiquities and Renaissance painting and sculpture. Oddly, Behrman was associated with another production called The Grand Tour, a play by Elmer Rice which ran for just eight performances in 1951, under the aegis of The Playwrights’ Company, of which Behrman was one of the founder producing members.

Herman’s version of Werfel’s play ran at the Palace Theatre in New York for a mere 61 evenings from December 1978, which is odd considering his successes: Milk and Honey, Hello, Dolly!, Mame, A Day in Hollywood / A Night in the Ukraine, La Cage aux Folles, and others such as Dear World and Mack and Mabel which took time in becoming popular. Maybe The Grand Tour is one of those shows that just refused to be successful and only now reaches London. 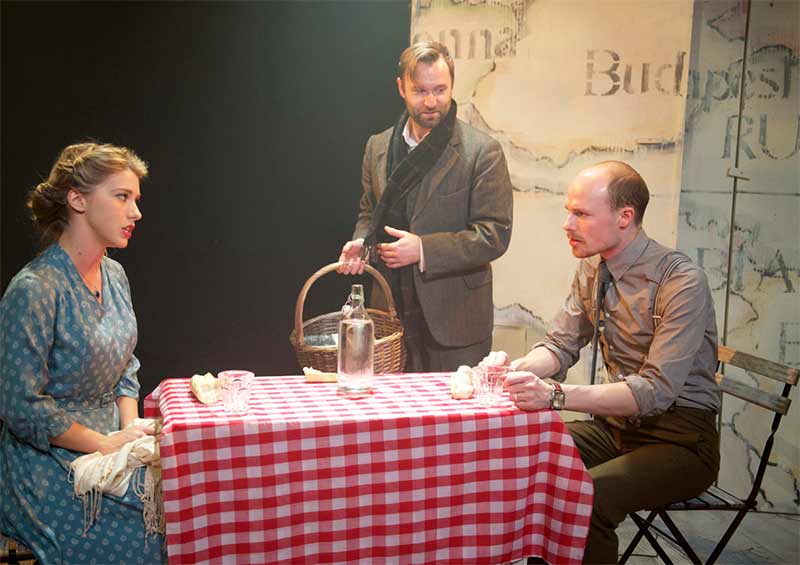 That said, there are compensations in Thom Southerland’s spritely production. He has given London arguably its best staging of Mack and Mabel among many other great revivals. On the tiny Finborough stage he conjures up some real magic as Jacobowsky works his wizardry and talent for survival against the Nazis as they encroach on the Poles’ bid for liberty. He, with the Colonel and other friends he finds on the way, including Marianne of whom both he and the Colonel are enamoured, stays one step ahead of the villains by using his chutzpah to wriggle out of tight corners – by joining a circus or hiding in a convent or escaping on a boat to freedom.

Herman’s music is perhaps a shade too jolly for its plot as most of the tunes bounce along. There are, however, some moving moments such as Jacobowsky’s declaration that ‘I’ll be here tomorrow’ or the Colonel’s love for ‘Marianne’ and her admission that ‘I belong here’. The second Act opens with a wistful song by Jacobowsky imagining what ‘Mrs Jacobowsky’ might be like. There are some good knees-up numbers for the company such as the Act One finale of ‘One extraordinary thing’ and later on ‘Wedding conversation’. Cressida Carré’s ambitious choreography works several kinds of wonder against Phil Lindley’s decor, a changing map of Europe which opens up and out like a magic wardrobe of hidden settings.

The cast is impeccable, with fine voices that ring out with great volubility or find subtle intimacy. Jacobowsky is tailor-made for Alastair Brookshaw who never puts a foot wrong in a very compassionate performance. Nic Kyle as the bossy Colonel begins as a ramrod hard case but softens as he realises what a friend he has in Jacobowsky. Zoë Doano makes a delightful Marianne while Blair Robertson snarls to good effect as the brutal SS Captain. The rest of the gifted and versatile company appear and reappear in various guises as the companions travel to freedom. Joanna Cichonska and Chris Guard provide a suitably rousing accompaniment. The Grand Tour is definitely worth a detour.