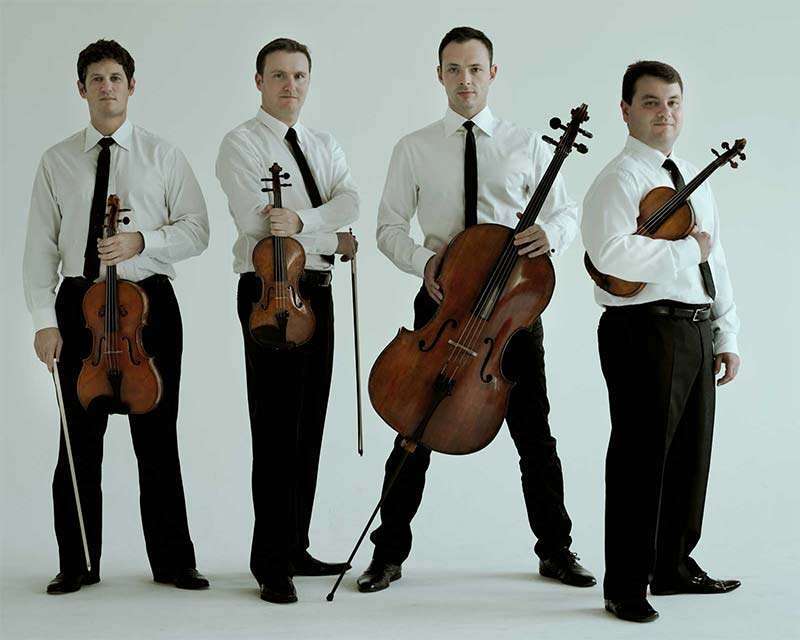 This was the second of three “Intimate Brahms: Jerusalem Quartet & Friends” concerts at the 92nd Street Y. Each program consists of one of Brahms’s three string quartets, a duo-Sonata performed by a Jerusalem member with Inon Barnatan, and a Quintet featuring a guest artist.

Brahms was notorious for his extreme self-criticism, which led him to labor long over compositions, and even to destroy many of his works-in-progress. No genre was more affected than the string quartet, perhaps owing at least in part to how daunting succeeding Beethoven and Schubert must have felt. Indeed, Brahms claimed to have discarded twenty quartets before finally publishing his first two works in that form in 1873. The second of that pair reflects Brahms as both an inheritor of the Classical tradition and a leading exponent of Romanticism. In the opening movement, the Jerusalem affiliates moved seamlessly between the lyrical principal theme, beautifully intoned by Alexander Pavlovsky, and the swaying second subject in which the upper strings were accompanied by Kyril Zlotnikov’s pizzicato bass line. Pavlovsky again took the lead in the Andante, and all four musicians combined perfectly in its agitated middle episode. The third movement is marked Quasi minuetto: the mysterious music does not really conform to a typical minuet, and the contrasting central section, Allegretto vivace, is not so much a trio as a scherzo, its rapid figurations executed brilliantly here. Ori Kam was prominent in the finale, echoing the first violin’s opening theme and maintaining the triple-time beat that offsets the often-syncopated melodic line. The rapid-paced coda burst out from a soft and gentle passage to hurl the work to a sparkling finish.

In a solid performance of the E minor Cello Sonata, Zlotnikov produced burnished tones and Barnatan’s polished playing emphasized the power of the piano, both players virtuosic. In the opening movement the cello sang out in lowest register, holding its own against the piano even in stormy passages. The second contrasted bouncy dance music with a flowing section. The finale began dramatically, the cello echoing the piano’s opening theme and the two playing off against each other in fugal fashion right through to the triplet-laden coda.

After intermission, the addition of Hsin-Yun Huang’s viola gave the ensemble a darker and denser texture, creating rich sonorities. The G major String Quintet’s opening Allegro’s songlike themes first appear in the lower instruments, Zlotnikov’s solo beginning the piece and the two violas successively playing the gorgeous second subject. The violas also strongly influence the texture of the Adagio without muddying it, each instrument speaking its own line and combining to maintain a delicate atmosphere despite some intervening darker passages. The third movement generated a lovely, swaying feeling, gradually intensifying, but ending even more sweetly and tenderly than when it began. The Gypsy-influenced finale was delightfully melodic and playful, its recurring theme set against blossoming harmonies, ending with a rollicking coda.