With Ein Heldenleben, Bruckner 8 and now Mahler 9 in the space of one week, the LSO has fielded some of the heaviest symphonic works of the high-Romantic period under conductors of what one might term the middle (Pappano), older (Haitink) and younger (Harding) generations respectively. It has been interesting to hear how this orchestra under three different conductors approached the music of three different composers written during the period 1890-1909.

Mahler’s Ninth Symphony comes last in that trilogy, but second in the trilogy of the three symphonies he left at the time of his death in May 1911 at the age of 50 – none of which he heard in performance. The nature of Das Lied von der Erde, the Ninth Symphony and the first movement Adagio of the Tenth (this latter being for years the only music from the Symphony which was heard at all regularly), implied various “Ways of Saying Farewell” (as Leonard Bernstein believed), but that was before the broader revelation came about that the Tenth Symphony was so much more than the Adagio and ‘Purgatorio’ movements. 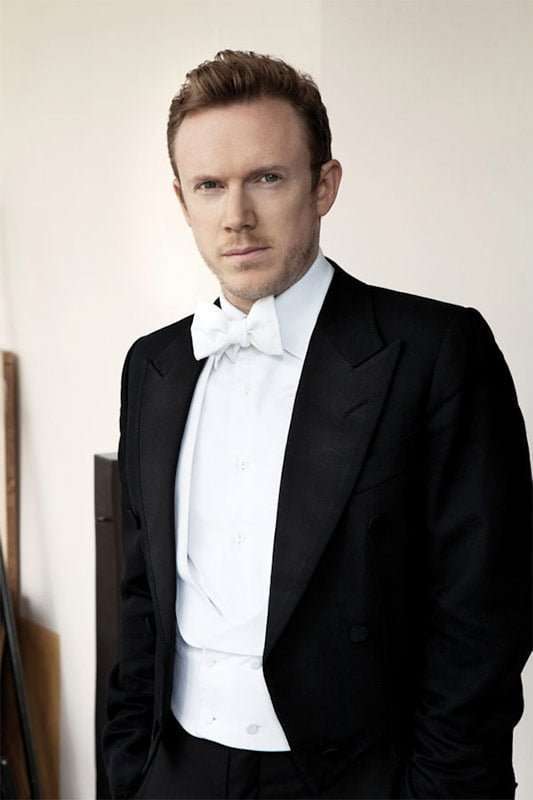 In fact, Mahler left the Tenth Symphony structurally complete – there are no missing bars across the work’s five movements. Consequently, the Adagio of the Tenth does not – as Bernstein wrong-headedly claimed – say again what has already been said in Das Lied and the Ninth. In fact the Tenth ends with a profoundly settled optimism, with Mahler finally saying “Yes” to life itself – the emotional opposite of much of the Ninth.

Such a revelation – generally unknown until 50 years ago – should have caused conductors to re-think their attitude to the Ninth Symphony (yet not Bernstein, who remained opposed to Deryck Cooke’s Performing Versions of the Tenth for the rest of his life, and simply wouldn’t look at them). Almost a quarter of a century has passed since Bernstein died, and conductors of the younger generation know the Tenth, and can now place the Ninth more correctly within the Mahler canon.

Consequently, the long-drawn-out ending of the Ninth’s final movement – “Slowly and still cautiously” would be a good translation of the German tempo indication – should no longer be thought of as Mahler’s “farewell to life”, for he went on to draft fully an equally long five-movement Symphony of more positive character that overcomes the deep tragedy of its opening Adagio, his artistic existentialism revealing his final thoughts.

There is no doubt, therefore, that that Ninth’s Adagio should be seen solely in the context of the Symphony it concludes and not as a kind of musical ‘Last Will and Testament’, which it has tended to become. In the former regard, the tonal descent of the Ninth (from D major to D flat major, via other related tonalities) and the curious fate-like motif that is threaded through the score (which may very well be related to that in Tchaikovsky’s Fourth Symphony, as the intervals are exactly the same: Mahler also conducted the ‘Pathétique’ on six occasions), can be said to lead directly to the Tenth in ways that lie outside the scope of this review.

But from the tremendous performance the LSO delivered under Daniel Harding it was clear that in almost every particular Harding had the full measure of this astounding masterpiece – and so did the LSO, an orchestra not unacquainted with this music. This was music-making of the greatest penetration and insight, although it took a little while to settle into the profound interpretation that, after the first fortissimo D minor chord on lower brass and timpani, the reading achieved and maintained in the almost 90 minutes that followed.

The LSO played to its highest standard – which is saying something – but the honours go to Harding, whose handling of the work was masterly. The climaxes were especially finely judged, the Symphony given with a fastidious grasp of detail that never at any time obfuscated the remarkable ground-plan of this still extremely challenging score.

Harding has recorded Deryck Cooke’s edition of the Tenth with the Vienna Philharmonic for DG, so not for him the approach of death in this work, but the Ninth’s final pages were given with such intensity of feeling and through such gossamer string tone that one was transported to another level of experience. The half-hour-long first movement, once it had settled, was superbly paced and distinguished by stunningly good playing. The Ländler-like second movement was finely judged with a remarkable sense of inner rhythmic tension (not often heard, but in the score nonetheless), delicious woodwind-playing and a fiery lustre from the second violins at the start which was full of life and also dignity.

Harding was exceptional in the ‘Rondo-Burleske’ in that he never lost sight of the genius behind it whilst equally never permitting the music to descend into a virtually uncontrollable manic outburst in the closing pages. The anger and frustration in the music was not allowed to degenerate into an uncritical outpouring of energy, as if the Symphony was descending into hysterical discontinuity. Harding and the LSO were exceptionally good in judging the character of this movement, so that the Adagio finale was as if evening was following day. Here, the concentration and seriousness which had characterised the reading up to then became manifest in music of great slowness and deliberation – but never so slow as to risk losing the long threads which bind this movement together. On the basis of this account Harding’s controlled but vital handling throughout places him amongst the finest living interpreters of this Symphony.