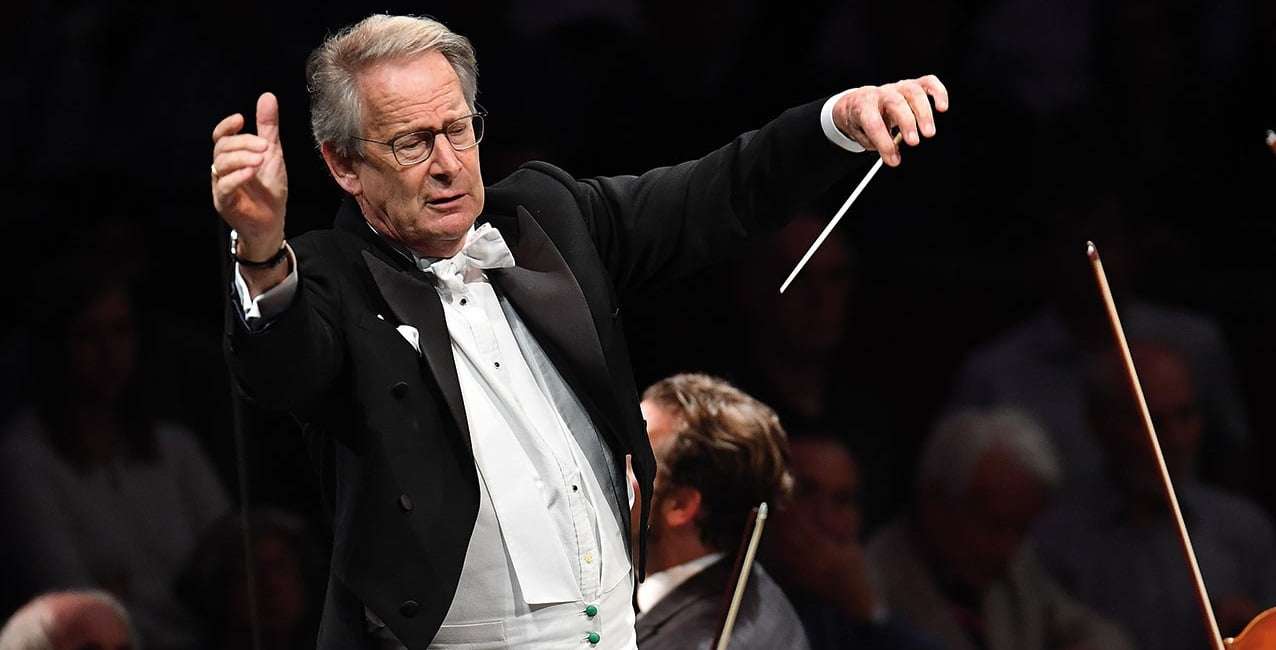 As part of the Barbican Centre’s “Bach Weekend with Sir John Eliot Gardiner” (seven recitals including the Goldberg Variations, Jean Rondeau, and the Cello Suites, Jean-Guihen Queyras), this was the second of three Cantata concerts.

This programme traversed two Cantatas for the Third Sunday after Easter, one for Pentecost and one for the First Sunday after Trinity – Ascension notably absent. We were promised the inclusion of a five-part Jubilate by the Bavarian composer Adam Gumpelzhaimer (1559-1625). Instead there were two Whitsuntide settings by Paul Sartorius (1569-1609.

Polish and refinement were especially evident in BWV12, Gardiner’s minimal gestures coaxing numbed lamentation from the Monteverdi Choir, beautifully shaping the text in which Christ bids farewell to his Disciples. Singing of exceptional luminosity, with some arresting dynamics, was matched by distinguished playing, with a stylish opening Sinfonia and much to enjoy from oboe, two violins and trumpet that gave admirable support to three taxing arias for alto, tenor and bass soloists drawn from the Choir.

Bach’s capacity for dramatic flair was much in evidence in the spirited opening of BWV103, earlier lamentation transformed to howling as the Choir evoked Christ’s followers mocked by an unbelieving mob, sinuous lines and emphatic manner fully realised. A restless search for Christ’s healing power was persuasively fashioned by Reginald Mobley, while Gareth Treseder sought bravely to convey steadfastness in the fiendish tenor aria.

BWV20 belongs to the First Sunday after Trinity and also has a compelling opening chorus that can potentially dwarf the rest of the work. Thanks to the characterful contributions of Hugo Hymas, Peter Harvey and Sarah Denbee, who brought tremendous assurance and conviction, this wasn’t the case and included a stunning duet for alto and tenor; the emotional temperature suddenly soared.

Always ready to recycle his music when the occasion demanded, Bach did so for BWV34, written for Pentecost Sunday in 1727. In addition to its blazing choruses (tongues of fire graphically conveyed in the opening number), Bach writes a rewarding alto aria, its pastoral vein tenderly if effortfully rendered by Mobley. The final chorus (repeated as an encore) was brought to life by three perfectly synchronised trumpets, Sir John Eliot briefly airborne as he galvanised his forces with unrestrained vigour.