The Church
The Psychedelic Furs 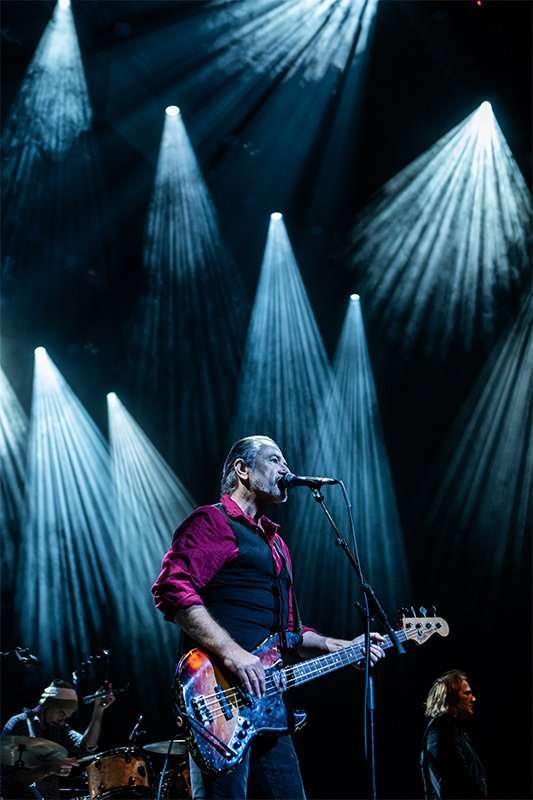 Thirty-eight years on and The Church continues its active service as the most self-renewing band from that faraway time of the first psychedelic revival. This Royal Festival Hall gig may have been intended as little more than warm-up for two successive evenings at Bush Hall, but this still provided the opportunity to hear its current take on songs old and new, familiar and deep-catalogue obscure.

Who would have expected Steve Kilbey, the band’s founder, bassist and lead vocalist, to have launched the set with ‘Block’ (from 2006’s Uninvited, Like The Clouds), though its steady amassing of sardonic phrases over an ominous instrumental backdrop duly set the tone for what proved a tensile sequence that made the most of the Festival Hall’s acoustic immediacy, if with relatively little of the subtlety and finesse in which these songs abound. Following apace, ‘Myrrh’ (from 1986’s Heyday) fairly typified this no-nonsense approach as Kilbey waspishly declaimed its initiations of materialist overkill over Tim Powles’s scudding drums and febrile interlocking guitars from Peter Koppes and Ian Haug. It is now five years since the one-time Powderfinger guitarist joined in the wake of Marty Willson-Piper’s departure – his fluid and incisive fretwork bringing a new discipline and focus to the band’s armoury to compensate for any loss of freewheeling inventiveness. As was evident in ‘Another Century’ (from last year’s Man, Woman, Life, Death, Infinity), whose metaphysical ruminations breathe experience or world-weariness according to vantage.

A contrasting brace next – ‘Reptile’ (from 1988’s Starfish) upping the impetus as only a road-tested live favourite can, with Kilbey in his element as snide master of ceremonies, while Koppes and Haug effortlessly traded responses in the central episode. ‘Day 5’ (also from Uninvited) eased back the tempo accordingly, its euphonious textures allied to some of Kilbey’s warmest and most affecting sentiments in what was this set’s nearest approach to expressive poise. An ideal point, then, at which to unveil ‘Under The Milky Way’ (again from Starfish) which remains the band’s certifiable classic (and the one which, as Kilbey once half-joked, enables him to take the odd day off) and emerged here with due pathos for all that its airborne instrumental slightly misfired. 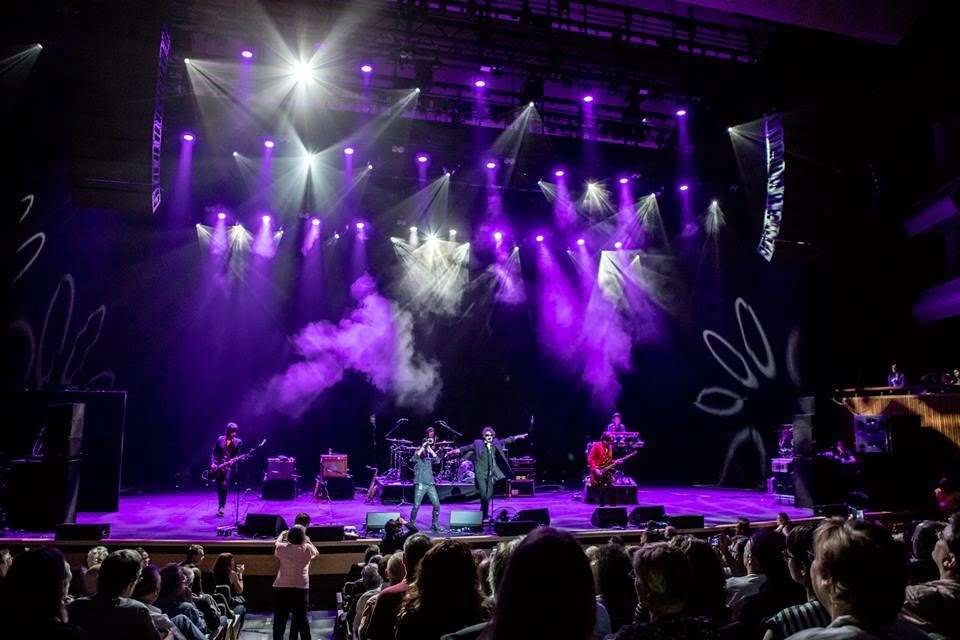 Whether the last song was as Kilbey suggested, “the wrong one”, ‘Miami’ (from 2014’s Further Deeper) rounded-off this set in appropriate fashion – its odyssey-evoking narrative and panoramic sweep as fitting in this context as any other final number in the band’s now voluminous catalogue. Interesting, too, that Kilbey and Co seemed almost reluctant to let go of its slow-burning and mesmeric groove, though whether the gradual dismantling of the drum-kit then PA system by desultory-looking technical crew was as intended or merely an oblique protest at the limited time-slot was unclear. Appropriate, then, that the last man remaining onstage should be Jeffrey Cain, the current ‘fifth member’ whose discreet musicianship adds notably to this band’s sound.

A pity that not a few punters had remained bar-bound during this set before taking their seats for that by The Psychedelic Furs. A band which never seemed quite sure how best to occupy the blurred zone between rehashed psychedelia and nascent gothic even during its early 1980s’ prime, TPF long ago retreated into the commercial safety net of stadium rock as blighted numerous of its contemporaries (Simple Minds being the most notable instance), thence to re-emerge as a nostalgia act for the gratification of its aging fan-base. They were out in force this evening, as Richard Butler – who now projects an image akin to a sleazier version of Steve Harley – led a seven-piece outfit of original and latter-day members through an extensive overview of a catalogue which has barely evolved this past quarter-century. All the obvious hits were present and correct, culminating in a double encore of ‘India’ then ‘Pretty in Pink’ (thankfully much closer to its original guise than the Americanised makeover) which assuredly drew a euphoric response from attendees who had been on their feet at the front of the auditorium from the outset.

No doubting that Robert Smith’s Meltdown had been launched in fitting fashion, though it hardly needs restating that while the aesthetic of the Furs remains rooted in a 1980s’ style-trap, that of The Church continues to suggest ways of evolving and moving forward. Those attending either of the latter band’s gigs over the weekend should have had this confirmed in ample measure.