[Arias in English and Italian, sung in the original language, with English surtitles]
LnRiLWNvbnRhaW5lcltkYXRhLXRvb2xzZXQtYmxvY2tzLWNvbnRhaW5lcj0iNmIzNDMzNmNmZTc3NWZiNGJlMTVjMmIwMzU3NWM1MjYiXSB7IHBhZGRpbmc6IDI1cHg7Ym94LXNoYWRvdzogNXB4IDVweCAxMHB4IDAgcmdiYSggMCwgMCwgMCwgMC41ICk7Ym9yZGVyOiAycHggZG90dGVkIHJnYmEoIDEwOSwgMTA4LCAxMDgsIDEgKTsgfSAudGItZmllbGRbZGF0YS10b29sc2V0LWJsb2Nrcy1maWVsZD0iODM3Y2ExZjc0MGRjZDdkOTdlMzQzOWMyYjIwMWZmZTMiXSB7IGJhY2tncm91bmQtY29sb3I6IHJnYmEoIDIzOCwgMjM4LCAyMzgsIDEgKTtwYWRkaW5nLXRvcDogMTBweDtwYWRkaW5nLWJvdHRvbTogMTBweDtwYWRkaW5nLWxlZnQ6IDEwcHg7IH0g 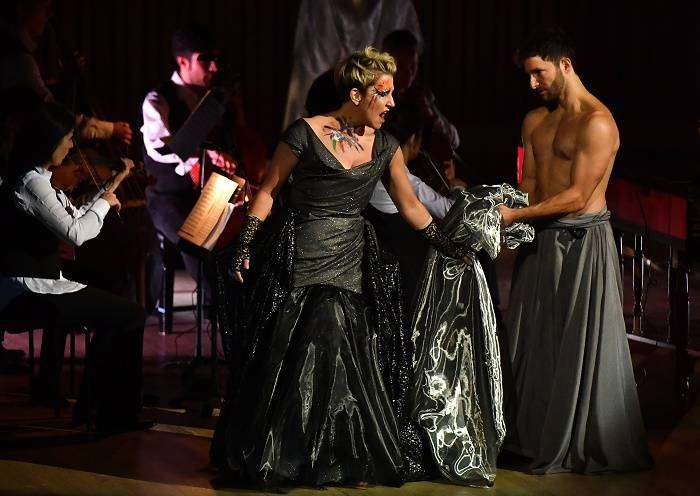 Joyce DiDonato was planning her latest project last year when the Paris attacks made her think again, not just about the programme but also about her value as an artist – the result is her new release (Erato), In War and Peace, which is the basis, and title, of her international tour running until July. DiDonato’s aim, as a “belligerent optimist” (her words), is to suggest how music can point a fractured world in the right direction. Some hope, you may think, but a couple of hours spent in the company of this generous and great artist might make you reconsider.

This show is quite something. We entered the Barbican Hall’s half-lit auditorium with the singer already present and motionless, swathes of dry ice hovering in the air. On every seat was a message from Joyce – “In the midst of chaos, how do you find peace?”. 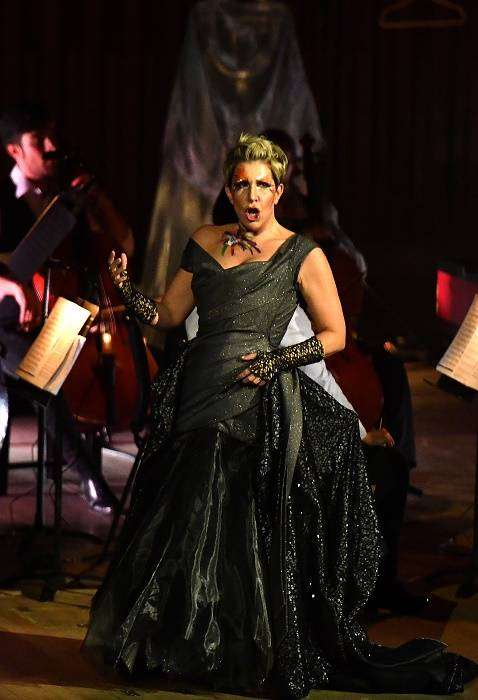 Already this was reminiscent of the overblown glam-rock mystique of long ago, and went further along that path when the music began – a seventeen-strong ‘period’ ensemble, more mist, a semi-naked young man, Manuel Palazzo, emoting his socks off in some expressive dance, Joyce ramping up the glamour in a couple of Baroque-inspired, stupendous Vivienne Westwood gowns set off by face- and body-art worthy of David Bowie, and then there were the stadium-style lighting with lots of trailer spots and, a bit of a mistake, some very doom-laden video projections of flames and lava. Is this the future for megastar opera-diva concerts? O² aspirations adjusted to the more modest and packed Barbican?

Joyce DiDonato carried it off magnificently, and she didn’t compromise the music, dominated by Handel and Purcell. The ‘War’ first half was bookended by Handel, and she went for the jugular in ‘Scenes of horror’ from Jephtha, savagely characterised by her attack and attention to detail, but it was the distracted grief of ‘Lascia ch’io pianga’ (Rinaldo) that clinched the spirit of this section and which reminded you of the tone and colour DiDonato can register just on one note and of her ability to make the small holes in the vocal line unimaginably eloquent.

There was the same depth and simplicity to ‘Dido’s Lament’, which she subtly expanded with her inimitable shaping of phrase and leaning into the note to give you instant access to the character’s grief. There were some late-Baroque rarities from Leonardo Leo and Jommelli, and the players produced a ravishing transparency of sound in their arrangement of Gesualdo’s motet ‘Tristis est anima mea’. Il Pomo d’Oro’s director Maxim Emelyanychev added to the mourning tone of Handel’s ‘Pensieri, voi mi tormentate’ (Agrippina) with his expertly played oboe obbligato. 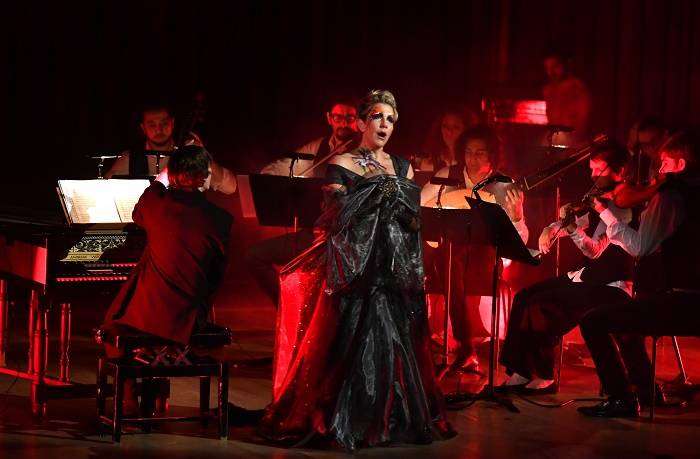 With the aria from The Indian Queen, DiDonato opened the ‘Peace’ section, using her half-voice to great effect as she picked her way out of ruination towards the pastoral comfort of Handel’s ‘Crystal streams’ (Susanna) and the trumpet-like joy of ‘Da tempeste’ (Giulio Cesare) and the formidable virtuosity of the closing aria by Jommelli, delivered with show-stopping panache. Interestingly, the shameless manipulation of the staging was rather unpicked by the equally shameless and connective directness of DiDonato’s artistry, which she capped with her encore, Richard Strauss’s ultra-romantic ‘Morgen!’ – “And tomorrow the sun will shine” – rapturously sung and accompanied. Hope springs eternal, and so, it seems, does The Joyce.