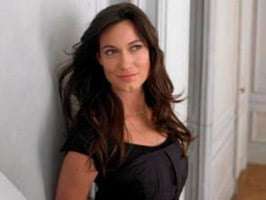 Expectations were running high for this second solo recital of the year at Wigmore Hall by the award-winning soprano Kate Royal. Currently in the middle of a run of performances at English National Opera as Poppea, she set herself a considerable challenge in asserting her command of Lieder.

Her double Schumann group was enterprising: neither the Wilhelm Meister nor the Lenau songs are great Schumann, indeed chronologically they are associated with the composer’s mental decline. There is, of course, formidable competition from nineteenth-century Lieder composers in the Goethe settings and there is an in-built inconsistency in that Schumann included his ‘Kennst du das Land’ in his “Liederalbum für die Jugend”; it is incongruously unsophisticated compared with the other settings of Mignon’s words from Opus 98a.

The rather crude structure of each strophe, with a massive climax at the centre, arguably reflects the naiveté of the 13-year-old Mignon better than some rival versions and it certainly revealed the power of Royal’s voice. Alongside that, however, one discerned a tendency to rush her fences, which recurred later in the evening. Roger Vignoles, recognising the size of his partner’s instrument, immediately established a robust presence.

In ‘Heiss mich nicht reden’ Royal captured the whirling elation of anticipation that her secret is about to be revealed, before those hopes are dashed. In this song and the succeeding ‘Nur wer die Sehnsucht kennt’ the performers did not convince of the justification for the degree of repetition in the settings. Eric Sams’s strictures about these songs in his book on Schumann seemed only too well merited. ‘So lasst mich scheinen’ was a different story: Royal’s posture came into play noticeably for the first time during the evening as an expressive tool, as she clasped her hands tightly beneath her throat to convey Mignon’s naïve faith in heaven. By comparison, the partnership’s approach to Philine’s song ‘Singet nicht in Trauertönen’ released them both to dance, Vignoles with his constantly bubbling accompaniment, Royal with her uninhibited launching of the song’s vivacious melody.

Royal was less confident in the Lenau songs. The most familiar of them, ‘Meine Rose’, found her rhythmically uncertain, with that tendency to rush again in the line “Vom heissen Strahl der Sonnen”. The voice itself emerged as not so reliable at lower volume levels and she came perilously close to cracking at the exposed entry “Der Rose, meiner Freude”. Returning to the loudly exuberant personality of the cowgirl at the opening of ‘Die Sennin’ was a relief. The concluding ‘Requiem’ asks serious questions of the singer: Royal answered the interpretative ones, conveying with conviction the religious exaltation of the climaxes. Vocally there was another tentative entry at the opening and audible difficulties coping with the long-breathed phrases. Her German was sound, with only a tendency to put too much weight on the final Es of some words being a drawback.

Vignoles came very much into his own in this group: he naturally revelled in Schumann’s typically long and expressive postludes but his partnership with the singer was rewarding, both in seconding her characterisation of the cowgirl and in sharing the decisive conclusion of ‘Der schwere Abend’. Their best collaboration was in ‘Einsamkeit’, however, which is a pitched battle between the relentlessly circling piano part and the voice; the fight was vividly portrayed.

After the interval we were offered a mixture of heavy- and feather-weight songs. Those nagging doubts about Royal’s technique re-surfaced with some further insecure entries in Brahms’s “Die Mainacht” and “Unbewegte laue Luft”. In addition her tone turned blowsy in both these songs. The consequence in the fervid outburst of passion in the latter song was the disappearance of the words. There was plenty of delicacy where it was needed: the final bars of “Ständchen”, where Brahms returns to the faint sounds of the garden, were perfectly delivered by both artists, the marking dolce scrupulously observed.

Six songs from Wolf’s “Italienisches Liederbuch” were well chosen to display a range of female personae and reactions. The frustration of being denied union with a beloved in ‘Mein Liebster singt am Haus’, the patronising dismissal of the suitor in ‘Du denkst mit einem Fädchen mich zu fangen’, the amazed condescension towards the suitor’s lack of domestic skills in ‘Mein Liebster hat zu Tische mich geladen’ were conveyed with both voice and body, while I shall also remember Vignoles’s portrayal of the military background to the girl’s ingenuous requests to keep her soldier sweetheart comfortable in ‘Ihr jungen Leute’. The unique tracery of sound in ‘O wär dein Haus durchsichtig wie ein Glas’ was perfectly delivered and he it was whose chords conveyed the radiant contentment of the fulfilled love felt by the girl in the final song of this group.

I would have been equally content for the recital to end at that point. There was nothing more for Royal to prove. However, in the final Mörike group, the faults previously observed re-appeared. ‘Erstes Liebelslied eines Mädchens’, loud, fast and exuberant, was virtually word-less. ‘Das verlassene Mägdlein’ contained two of those shaky exposed entries, even if the singer conveyed the desolation of the ending very effectively. In ‘Verborgenheit’ solutions had not consistently been found for its issues of phrasing and breathing. A flamboyant ‘Er ist’s’ finished the programme with both musicians at their best.

Schumann’s “Wanderers Nachtlied” provided the first encore. Then Vignoles had to leave the platform hurriedly to retrieve his score of “Italian Songbook” for the inevitable ‘Ich hab’in Penna’. Naturally he delivered its postlude with panache.

It was noticeable that the audience’s response throughout lacked that electric fervour that both established artists and exciting newcomers frequently arouse at this venue. Royal is currently some way short of the finished article in this repertoire. Richard Stokes’s detailed programme-notes on the relationship between text and its enactment through musical means were a model of their kind.