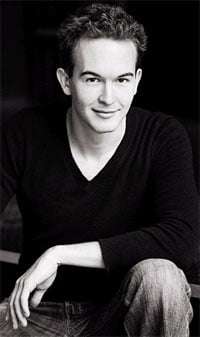 For sheer sonic spectacular this concert would take some beating; a huge orchestra, complete with organ, a big acoustic and with music full of grand gestures you cannot go wrong with Holst’s marvellous Planets Suite.

Brett Dean’s Komarov’s Fall was one of several works commissioned by the Berlin Philharmonic Orchestra as “asteroids” to compliment Holst’s work. The work was written in memory of Soviet Cosmonaut, Vladimir Mikhailovich Komarov, who died upon re-entry to the earth’s atmosphere in his Soyuz I spacecraft in 1967. This is music of loneliness and distance, and, although there’s an impressive climax, there is a well of isolation at its heart. It’s very short and difficult to grasp at first hearing, but it’s rewarding and will bear repetition. I wish it had been repeated at the end of the first half.

However, Britten’s Sinfonia da Requiem demanded our time. This is one of the composer’s earliest works, and one of his few purely orchestral pieces, this is, surely, the path he would have trod had he not met Peter Pears and turned, almost exclusively, to vocal music. Certainly, the lack of major orchestral works by Britten is our loss. In three movements, named after sections of the Requiem Mass, this is a brief, but intense, utterance, dedicated to his parents. The first movement, ‘Lacrimosa’ (Tearful will be that day on which from the ashes will rise the guilty man for judgment. So have mercy, O Lord, on this man) has a slow, mournful tread which builds to an immense cry. Unfortunately, although Andrew Gourlay built the music well, he chose a tempo which was far too fast for the music and the 6/8 rhythm felt more dance-like than funereal. Because of this there was insufficient contrast with the dynamic ‘Dies Irae’ that follows. The final ‘Requiem Aeternam’ was just about right, with delicate woodwinds and soaring strings bringing a sense of release and final peace. The playing was magnificent, with a full, rich, sound.

Suffice it to say that this performance of The Planets started well with a truly spine-tingling ‘Mars’, with brass fanfares and screams from violins and piccolos, but the slower middle section was rushed and the mystery and element of growing fear was lost; however the coda was truly awe-inspiring. ‘Venus’ contained some beautiful string playing, and ‘Mercury’ was fleet of foot. ‘Jupiter’ was suitably buoyant, with a richly played ‘big’ tune. ‘Neptune’, Holst’s own favourite, was full of the tread of age, but at the climax Gourlay increased the tempo too much and rushed the great clamour of bells and brass. ’Uranus’ was too fast in general and Gourlay failed to really cast the Magician his spell, although it was certainly thrilling. ‘Neptune’ contains parts for female voices and it was a lovely touch to have the girls from the school where Holst was the music-master from 1905 to his retirement in 1923. However, their participation was spoiled by having them in the room with us instead, as Holst requested, out of sight and moving away at the end so as to leave no real conclusion. Here we had a definite cadence which ruined the mystical, ethereal, quality of the music.

This show contained orchestral playing of the very highest order, with a sumptuous string sound, resplendent brass, fantastic percussion, delicious harps and glorious woodwind – especially welcome were the bass oboe of Chris Astles and the cor anglais of Olivia Jollands, and the orchestra is to be forgiven if a true pianissimo was impossible, as well as the occasional lack of subtlety, for, St John’s is too big a hall to allow for these things. Andrew Gourlay is to be thanked for drawing the best from his players but his wayward tempos seriously harmed the music-making.