This was a concert of great variety with playing of refinement and passion by the current crop of Guildhall School students under the watchful Sian Edwards.

Opening with the Fragments from “Wozzeck”, two post-graduates, Charlotte Beamont and Iněs Simōes, each took the role of Marie that Alban Berg extrapolated from his soon-to-be-premiered opera before combining in the third piece. Charlotte Beamont had the most sympathetic role from Act One, her voice clear and well projected above the sometimes-loud sound around her. Iněs Simōes then took up the part in Act Three and combined her speaking and singing voice effectively in the sad context of the story; then, together, they contributed to the pathos of the very end of the opera in the third piece. Sian Edwards showed her operatic skills in her sophisticated accompaniment and drew extraordinarily beautiful sounds from the orchestra, with barely a slip heard in this challenging musical setting. 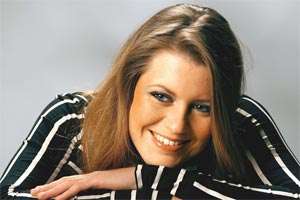 Anna-Liisa Bezrodny is a Russian-born, Finnish-trained violinist who is now a world-travelled virtuoso. Appropriately choosing Sibelius’s Violin Concerto as her calling card she gave, what Sibelius himself said of another of his works, a “wild and impassioned” interpretation of a familiar concert item. Her performance was raw and unsteady, not helped by her constant body movement, her playing veering towards exaggeration whereas there is enough emotion in the music without the need for additional rhetoric.

Sian Edwards studied in St Petersburg, the home city of Shostakovich, and her performance of the Russian master’s Fifth Symphony clearly showed her tutoring there had not been in vain. This was a strong, but not over-excitable, view of a work that has, perhaps, become too popular for its own good.Edwards reminded that, writing this work, was literally a matter of life or death for the composer. Would the authorities approve of the new work after the severe criticism following the opera “Lady Macbeth of the Mtsensk District”? The audience at the premiere wept in the Largo and Edwards instilled a sense of sufficient desolation for today’s listeners to understand why.

Shostakovich is the only truly great composer who lived his entire life under the threat of severe punishment, very possibly death, if he left the obligatory State tramlines of conformity. Performances of any of his major works have to reinforce this overlay of anxiety and concern which, due to his genius, he translates into something near to a sublime recognition of the solitary creative artist needing to express himself in a desert of official appreciation.

Edwards had the explanation of the Fifth Symphony, a comparatively straightforward masterpiece in the scheme of Shostakovich’s overall catalogue. She was blessed with a responsive and sometimes explosive orchestra, members of which enhanced the reputation of the Guildhall School for developing musical qualities of a very high standard.