The Kensington Symphony Orchestra opened the ultimate concert of its fifty-ninth Season with a stirring account of the splendid Fanfare that heralds the ballet La Péri. It could have been broader but there was no doubting the excellence of the KSO’s brass. Rather than play what follows – a prime example of Paul Dukas’s remarkably self-critical and handful-of-pieces catalogue that extends beyond The Sorcerer’s Apprentice to include an endearing Symphony in C – Russell Keable whipped out his passport for an excursion to Spain. Emmanuel Chabrier’s España (1882) is a gem but also an example of the many terrific overtures and short orchestral pieces that are seldom programmed nowadays in concerts – which is very much our loss. This KSO outing of it was notable for unforced exuberance and fine attention to phrasing and detailing reminding that Chabrier was a master-craftsman. Tricky number to play, mind, and assuredly brought off here. 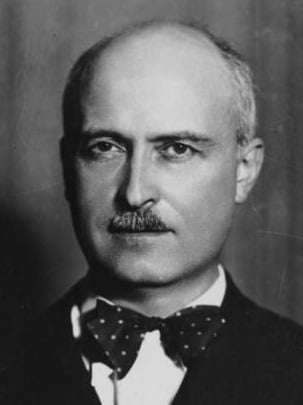 Hats off to the KSO for what followed, would you believe the UK premiere of La ballade de la geôle de Reading, completed in 1922 and first-performed that year under composer-conductor Gabriel Pierné, who in 1910 had led the first flight of Stravinsky’s The Firebird. Jacques Ibert (1890-1962) is a further illustration of a composer that has fallen off concert-promoters’ radars. Yet his Divertissement, Escales, Flute Concerto, Ouverture de fête and the BBC-commissioned Bacchanale should not be consigned to footnotes. Nor this orchestral take on Oscar Wilde’s The Ballad of Reading Gaol, itself written in French-exile in 1897, and based upon his own incarcerated experiences.

That this 25-minute piece for full orchestra should have taken so long to reach the UK is the wrong sort of remarkable. (It is recorded though.) From its dark lugubrious opening (as befits the shackled male) to its questioning conclusion, one might sense dreams of freedom and glowing optimism negated by solitary confinement, with a shadowy scherzo placed centrally and then a build-up to delirium. In effect it could be described as a three-movement symphony, playing continuously, albeit it is neither slow nor fast but instead varied and related. At points the score owes to Debussy (not least La mer), and also has an English quality, Holst’s ballet music for The Perfect Fool comes to mind. It is also individual and impressive, full of character, and was given a confident and emotionally sweeping release by the KSO that was enlightening and enriching. 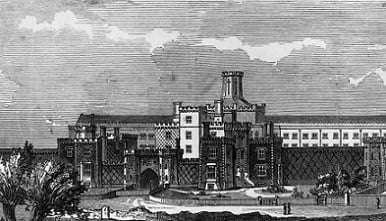 And so to Albert Roussel (1869-1937), his neoclassical/impressionistic ballet-score for Bacchus and Ariadne that shares the expansiveness of his Second Symphony with the rhythmic guile and rigour of the Third and Fourth such works and not forgetting his Suite in F.

Keable and the KSO did Roussel proud in a well-prepared and dedicated account of music that doesn’t need visual dance, for it feeds the imagination, and for all its descriptive powers there is a musical logic at work (re-visiting and renewing), such as the feeling of variations in part one. If the beginning of part two found some poor tuning between various soloists, there was plenty of rapture to come, and emotional depth, the final ‘Bacchanale’ increasingly abandoned and then opening out gloriously.

Bacchus and Ariadne was a fanciful and intoxicating way for the KSO to complete 14-15. Next Season is a humdinger, beginning October 12 at St John’s – and there including the late John McCabe’s brilliant Concerto for Orchestra (written for Solti) – and, later, Malcolm Williamson’s Santiago de Espada (a winner), Walton’s Scapino, Bliss’s Miracle in the Gorbals and Martinů’s Fifth Symphony, and other super-duper pieces. Richard Strauss, Ravel and Shostakovich, too…