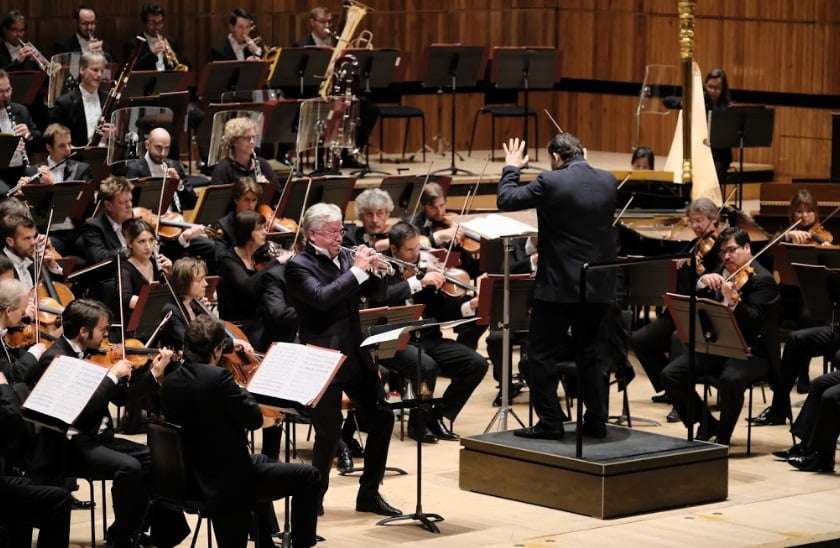 The Gewandhausorchester Leipzig, founded in 1743, the world’s oldest civic orchestra, deals in gold and plush velvet, steel and thunder, cannonades and silk tresses. Setting the bar stratospherically high, the basaltic quality of its fortissimos, rasping swells and sudden decays, the scarcely audible murmur of pianissimos, the sheer synchronicity and aristocratic pride of the players, is something to behold. As evenings go this was a masterclass in perfection and brilliance, scarcely a note, rhythm or attack out of place. Predictably big forces were fielded, the string section (antiphonal violins, double basses to the left) at 18.16.12.10.8 strength, the personnel including members of the Mendelssohn Orchesterakademie.

Andris Nelsons is the orchestra’s twenty-first Gewandhauskapellmeister, the second youngest in its history (the first having been Mendelssohn in 1835). He takes on a daunting responsibility, his twentieth-century predecessors having included the cream of central Europe on either side of two world wars, from Nikisch, Furtwängler and Bruno Walter to Konwitschny and Masur. Forty this November, Nelsons has come a long way from his (not so distant) Birmingham days. Darkly bearded, he wears his years more heavily than he used to, the attention to detail and refinement still uppermost but the old fire and animation seemingly dampened. The hands are expressive – though the left is noticeably economic, shaping the odd curve, occasionally signalling the journey in a raised, fisted clench, but more often than not content to rest on the dais in a fatigued way. Mendelssohn’s ‘Scottish’ Symphony in his inaugural Leipzig concert back in February – beautiful, expansive but cautious – suggested that the new partnership is a love affair still shy, neither side entirely comfortable reading the other’s body language. Not work in progress certainly, but yet to find the pulse and reach for Asgard.

Given the might and armoury of the machine on the platform, Mahler’s Fifth Symphony had its epic minutes, huge dynamic range and pulverising climaxes enfolding the drama, without ever being as electrifying or cogently welded as one knows it can be. This was a reading that in bringing out the contrarieties within the score arguably ended up with a few too many scenarios, page upon page of deliberated lyricism tending to sap tension and countermand architecture. Set-pieces were for the seeking – immaculately co-ordinated ‘chamber’ conversation, cathartic resolutions; the Finale’s precision entries and satisfyingly muscular fugalism, the layered textures and timbres of the second movement; a wondrously painted Adagietto, consistency and consonance before contrast, Nelsons physically reaching deep into the second violins to draw out every tear of ache and anguish. It wasn’t quite enough. Sensing safeness before abandon, metronome before music almost, I wondered increasingly if orchestra and occasion, the weight of the past, might not have overawed him a touch. Risk and fuoco were never going to be on this agenda. 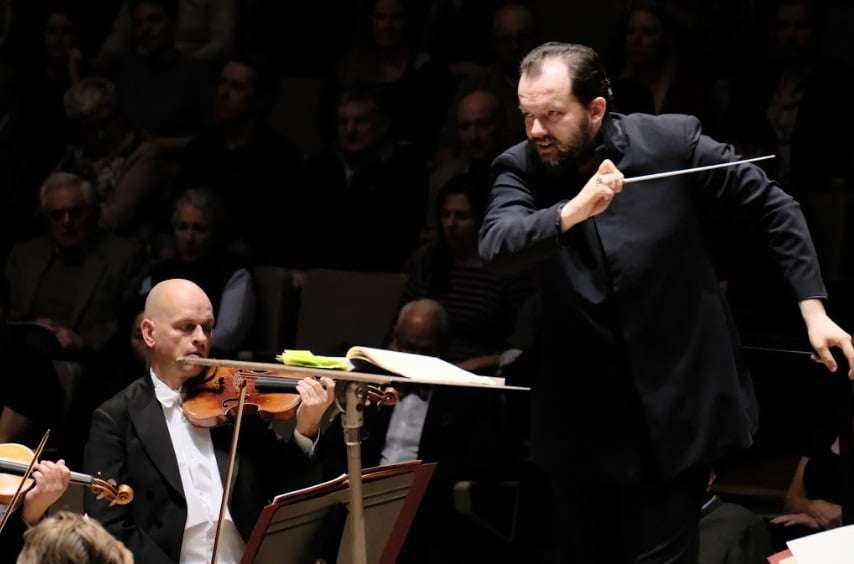 Bernd Alois Zimmermann’s Trumpet Concerto (1954) doesn’t get many airings in London – it was last done at the Proms in 2012, and before that in 1997 with the LPO under Masur – but it’s widely popular around Europe. Denunciating racial hatred and discrimination, and based on ‘Nobody knows de trouble I see’ from Afro-American slavery days, used as a pentatonic cantus firmus, it traipses a road from nothing to nothing, whisper to whisper, via a jazz core, a guitar featuring in the line-up. In one movement, it’s a scintillating showcase for the soloist. But stylistically the compound is curious, spiritual and serialism making unholy bedfellows, the entanglements of jazz and swing meeting in a rather humourless, self-conscious manner: post-war Europe and America in recovery mode. A staple of Håkan Hardenberger’s repertory, the performance was glossy and slick (especially given that when required he’s not an obviously natural Harlem jazz man), the orchestra urbane and knowing, Nelsons steering a course just clear of some of the more heavy-handed rocks prone to surfacing in this piece at low tide. Whether or not it served as a good programme opener is another matter. To have an aural link with the (otherwise very differently toned) trumpet introduction of the Mahler, albeit separated by an interval, was neat, of course. But a fragrance like Mendelssohn’s Meeresstille und glückliche Fahrt (Calm Sea and Prosperous Voyage), with its poesie and clarions, would have been more compelling – the first work Mendelssohn conducted as Kapellmeister of the Leipzigers.