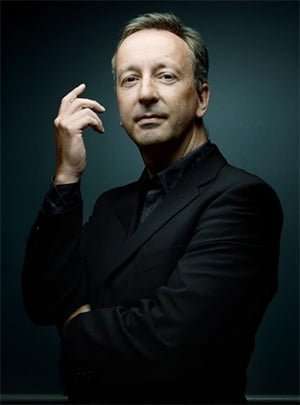 In the words of Shakespeare’s Cleopatra, one might almost have said that experiencing the music of this concert was like feeding oneself “with most delicious poison” and becoming “with Phoebus’ amorous pinches black”, at least in emotional terms. The sentiments in Monteverdi’s Fifth Book of Madrigals comprise the usual pangs and languor of love (mostly unrequited), but wedded to the direct, visceral power of the music, these settings possess a stirring, even unsettling depth that equals the songs of Schubert or the music dramas of Wagner in impact.

This is perhaps not so surprising since – as Paul Agnew suggested in a brief introductory talk – it was in the smaller-scale narratives of such madrigals that Monteverdi developed the almost unprecedented dramatic forms and style that fed into the broader canvases of Orfeo and the later operas. This is truer of the last six of the Madrigals in this book, which feature basso continuo accompaniments, as compared to the other settings which are scored for different combinations of five voices alone. Even so, Paul Agnew and the selected singers of Les Arts Florissants were consistent in conceiving the Madrigals as discrete dramas, requiring contrasting psychological inflections and expressive turns as the poetry unfolds through shifting thoughts and feelings. Although the singing was intimate and involved, this was not simply vocal chamber music.

In the unaccompanied Madrigals, the five voices tended to coalesce in mood in order to speak as one mind – a polyphonic homophony, as Agnew described it. A notable example of that was their seamlessly blended, but ashen, hue at the beginning of ‘Era l’anima mia’ to express the poet’s dying state before his (or possibly her) beloved casts a reviving glance. But there were telling moments when one vocal part alone might emphasise a rhetorical effect, such as the growling bass line at the beginning of ‘Cruda Amarilli’ as Mirtillo berates the cruelty of Amaryllis; or the anguished line from a soprano at one point in ‘O Mirtillo’, like a thread against which other voices clash to create a chain of suspensions which emphasises Amaryllis’s cruelty again; or the almost desperate declamations of the name of Dorinda at the beginning of ‘Dorinda, ah, dirò mia’. Moreover, questions were usually asked with a brisk, urgent tone.

Some of the Madrigals stand together as a connected narrative sequence, the brevity of pauses between their separate parts allowing the dramatic tension to be sustained. More agonising than unrequited love is the love that comes too late. For example in the five-part sequence from ‘Ecco, Silvio, colei’ to ‘Ferir quell petto, Silvio?’, as Dorinda languishes on the verge of death owing to Silvio’s cruelty, Silvio is exhorted to understand what he has done and sue for her love, which also constitutes her vengeance. A prevailing mood of serenity and resignation formed the framework around these Madrigals in which the soundly executed musical effects stood out all the more clearly.

Contrasts of mood were more easily, though no less well effected in the accompanied Madrigals, as Monteverdi varies the textures considerably – that is between different combinations of voices, or just solo ones – with the momentum carried along by the instrumental support. Accordingly there was more cut and thrust among the voices here, not least with the more florid musical lines (particularly in ‘Ahi, come a un vago sol’ and ‘E così, a poco a poco’), making these numbers sound more like scenes from an opera. Together the nine voices of the final Madrigal – paralleled at the beginning of the programme, presumably for this reason, by a nine-voice setting by Marenzio – sounded more like a massed choir, but the musical expression was no less focused for that.

Between the groups of madrigals, the instrumental sinfonias (from quasi-operatic works written for a royal wedding in Florence in 1589) were like a balm among the feverish outpourings of the vocal settings. Intense though it may have been, the vocal characterisation was never exaggerated or forced. Climactic moments were not artificially heightened or rushed but grew out of the text, even to the extent that the leaning-in towards the various references to “cruda” or “crudo” could become predictable. If anything, some passion and expression may have been played down. For instance in ‘Ecco, piegando le genocchie’ where Silvio begs Dorinda for forgiveness, there might have been a more imploring tone. But overall the comparatively hushed dynamic and subtle realisations enabled the music to speak all the more directly, and the effect of the whole was as though one had also been wounded, many times over, by Cupid’s arrows.