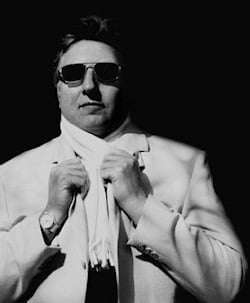 Any recital by Leslie Howard attracts connoisseurs of the piano – for his programmes, frequently out of the ordinary, are invariably planned with subtle connecting threads that draw upon his profound knowledge of the instrument’s literature and his vast performing experience.

So far as the musical public is concerned, Howard is best known for his dedication to Liszt, exemplified by his 99-CD traversal of every one of the composer’s 1,400 works for the piano – with more than 300 world-premiere recordings – a herculean undertaking for Hyperion.

But Howard is much more than a Liszt specialist: he is a composer, conductor, organist and musicologist, and although he no longer plays the oboe, he has given performances of Mozart’s Concerto for the instrument in Australia. At this matinee recital at Wigmore Hall we were once more drawn into the fascinating world of this outstanding artist, beginning with Sibelius’s early, yet wholly representative, Sonata, which dates from 1893. This wonderful work, owing just a hint of acknowledgement to Grieg’s example of 28 years earlier (Grieg revised it in 1887 – perhaps this new version set Sibelius’s imagination off), made an ideal opening to this concert, the music breathing the clean, fresh atmosphere of Scandinavia. Howard has recorded the work on a disc of Scandinavian Sonatas (Grieg, Palmgren, Gade) for Merlin; Sibelius’s Sonata is in three movements, each of which was beautifully delineated in this account.

Glazunov’s Second Piano Sonata of 1901 is contemporaneous with the First (Opus 74) but is very different in character, demanding greater structural understanding and technical command from the pianist. Howard has also recorded this work (for Pearl) – I believe it was the first recording he made in the UK – but this live performance brought us another recital rarity. Howard knows the music probably more intimately than any other pianist currently before the public: his instinct for keyboard colour and the range of his dynamics – not to mention his chording and subtly imaginative and delicate playing where called for – were wholly exceptional.

The last qualities were fully in evidence in probably the first public performance of the opening music in the programme’s second half – four simply astounding ‘waltzes’ by Liszt (composed between 1881 and 1885) that reach far into the future – music that foretells Satie, Bartók, Scriabin and a host of other ‘futuristic’ composers. The fifth – ‘Petite’ – of these dances – worlds away from the contemporaneous Johann Strauss II – passed by as if in a half-dream. It was first published in 2005: was this also the premiere public performance?

The recital ended with one of Liszt’s three Meyerbeer Réminiscences – more easily identifiable, not least for the brilliance of the working of the material and the extraordinary technical demands it makes on the pianist. It seems almost impertinent to say that Howard was simply outstanding in his understanding of the piece – shot through with myriad colouration and making a thrilling finale to the afternoon.

One can well imagine that Howard ran through the music at his home the day before, taking a break after lunch to sit down and watch the classic film, Swing Time (1936), starring Fred Astaire and Ginger Rogers. In one scene, Astaire sings the Jerome Kern classic ‘Just the way you look tonight’ – where, after Astaire’s virtuosic dancing, the song comes as a welcome release from the tension. Called back a fourth time, after his virtuoso display, Howard played the song for us, sending us home in a calmer frame of mind.