Selections from Mozart’s Operas [sung in the original languages, with English supertitles] 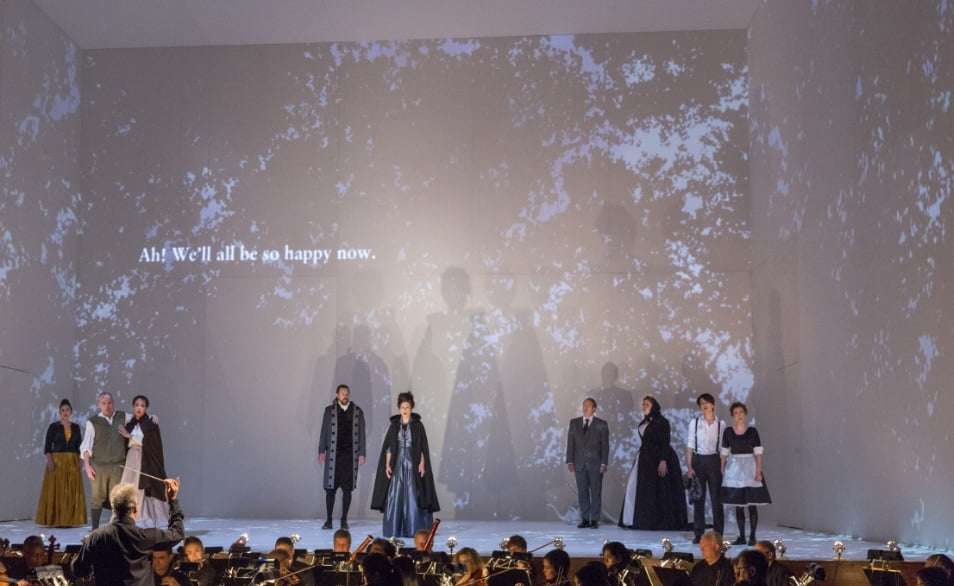 Lincoln Center’s Mostly Mozart for 2016 launched with “The Illuminated Heart”, highlights from seven of Mozart’s operas directed by Netia Jones. A superb cast was heard in arias and ensembles, without interruption for ninety minutes. Jones characterizes these as “fragmented moments of intense human emotion and interaction” that reflect “both the real and the ideal in human behaviour.” Her treatment is respectful to Mozart’s music.

The stage was configured with tapered walls and ceiling that were illuminated by projections and animations and provide English titles. The placement of the orchestra in front of and below the performance space enabled the singers’ voices to project clearly, and Louis Langrée did his part to keep a perfect balance with the vocalists. The attractive costumes were influenced by styles both from Mozart’s time and from the inauguration of Mostly Mozart in 1966.

The concert opened with the stirring Overture to Le nozze di Figaro and ended with the nine singers in that opera’s Finale. Peter Mattei was a brilliant Count Almaviva, first arranging a tryst with Susanna, sung by Nadine Sierra, and then planning to outwit Figaro. 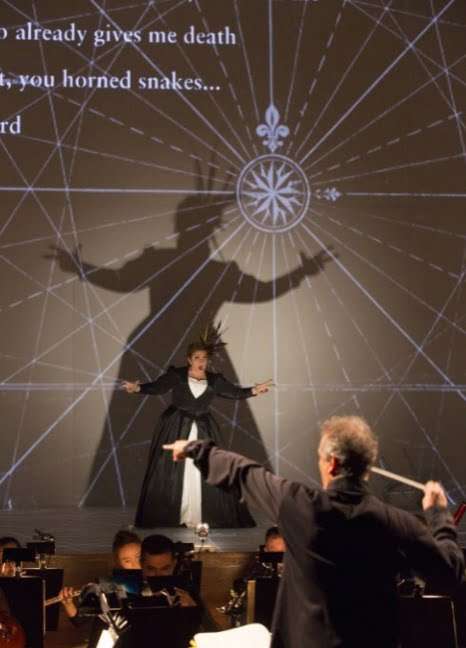 Sierra’s finest contribution came in her delicate rendition of ‘Ruhe sanft, mein holdes Leben’ sung by the title character of Mozart’s early Zaïde. As she sings to her sleeping lover Gomatz, her hands are shackled together and projections of chains at first faded away, but returned as the aria ended. Sierra also performed ably in a duet from La clemenza di Tito and a quartet from Idomeneo.

Così fan tutte was well-represented, with Ana María Martínez as Fiordiligi and Daniela Mack as Dorabella, both in gorgeous voice as they compared their lovers and later waved farewell to them with Mattei’s Don Alfonso completing the trio (‘Soave sia il vento’). There was also Così’s Act I Finale, with Christopher Maltman as Guglielmo, Matthew Polenzani as Ferrando, and Kiera Duffy as Despina joining in the fun.

There were three solos from Don Giovanni. Martínez was terrific as Donna Elvira in her passionate ‘In quail accessi, O Numi’. Polenzani sang ‘Dalla sua pace’ in front of a projected window, his purity of tone and marvelous vocal delicacy matched by the orchestra. Maltman’s excellent ‘Champagne’ aria (‘Fin ch’han dal vino’) was delightfully bubbly, and he was quite amusing in Papageno’s ‘Der Vogelfänger bin ich ja’ from Die Zauberflöte, perching on a ladder as projected birds flew about at each intonation of the bird-catcher’s fife. 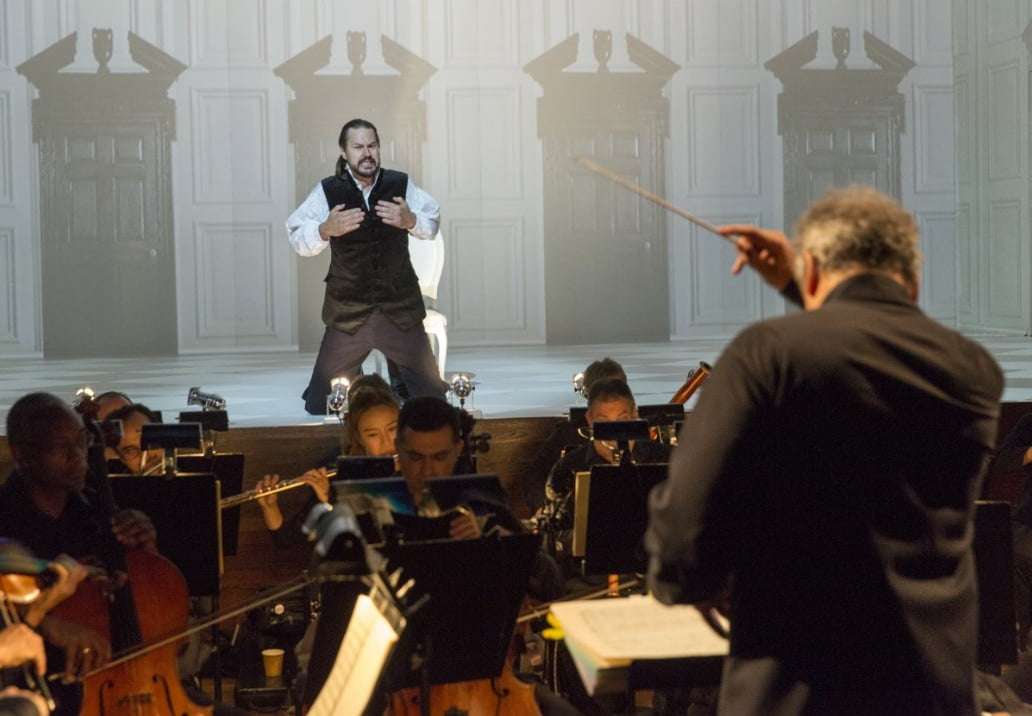 Marianne Crebassa made a powerful impression portraying four male characters, including two different roles from Tito. Clad in a bright red suit as Annio, she joined Sierra’s Servilia in the duet ‘Ah perdona al primo affeto’, and later, dressed in black, she was spectacular as Sesto in ‘Parto, parto, ma tu, ben mio’, brilliantly accompanied by Jon Manasse’s clarinet. Crebassa also sang Idamante in an Idomeneo quartet and Cherubino in the Figaro Finale.

The last singer to appear was Christine Goerke, portraying Elettra in Idomeneo, first in the quartet ‘Andrò ramingo e solo’ along with Sierra, Crebassa and Polenzani, and then in the recitative and aria ‘O smania, O furie! … D’Oreste, d’Aiace’. This was stunning, Goerke’s leaping phrases offset by powerful accompaniment.

Brought together here were exceptional singers, a fine orchestra and conductor, and attractive visual elements to offer a concentrated dose of some of the greatest operatic music ever written.