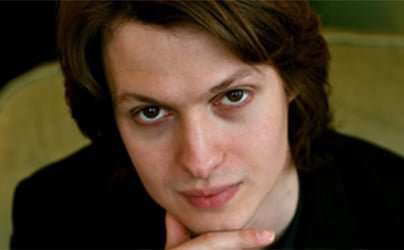 In planning concerts for the many young professional and semi-professional orchestras in London, who compete for an audience every night against the city’s major professional ensembles, it is tempting to include a work or two that one rarely hears, attracting an audience partly driven more by curiosity, and hopefully increasing the number of paying punters. On the other hand, a collection of bankable favourites will tend to ensure a decent-sized audience even if it puts the musicians up against more famous names, and perhaps discouraging regular concert-goers.

This programme, self-evidently, falls into the latter category, but there should be no feelings of inferiority on the part of the London Firebird Orchestra, for its personnel are all young and relatively recent graduates of one or other of the five music colleges London also possesses, and the management has also the good sense to engage gifted young conductors and soloists.

So what’s different, and what’s the attraction? Well, the venue, for a start: the Orchestra gives regular concerts in St George’s Hanover Square as well as (on this occasion) St Paul’s Covent Garden – wonderful old churches with centuries of music-making behind them: it must be somewhat inspiring to play there, even if the facilities – for both audience and musicians – are not exactly state-of-the-art, but it’s the music that counts, not the exorbitant cost of a glass of plonk or indifferent champagne such as are regularly trotted out in our purpose-built venues.

There is often something almost tangible in hearing great music played by gifted young players, keen to bring their newly-minted art to established masterpieces – it’s commitment, a genuine love of what they do, aspects of music-making that are not always encountered from the big five or six, depending more on who’s on the podium that night.

On this occasion it was Edward Farmer, a gifted young musician, who began with a finely coherent account of Smetana’s ‘Vltava’, nicely paced and well-played – but St Paul’s Covent Garden is not Cadogan Hall or the Barbican Hall in terms of taking the acoustic for granted: St Paul’s is the sonic equivalent of a large box, unkind to orchestras, the result on this occasion consistently proving that very little – if any – attention had been paid either to internal balance, or to adjusting the overwhelming impact of full brass and timpani against strings and woodwind in tuttis, for the result in loud passages tended to be a relentless, overpowering wall of noise, in which any subtleties either in the playing or in the conductor’s approach were submerged. 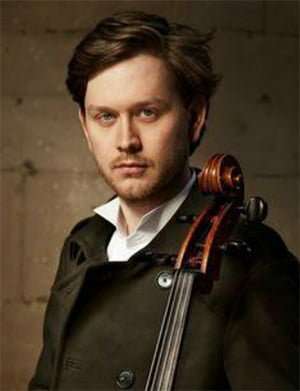 Thankfully, Dvořák was careful in his Cello Concerto not to permit the soloist to become submerged. The consistently full rich tone of Jonathan Bloxham (a substitute – at five days’ notice! – for the Belarus-born Aleksei Kiseliov) from his first entry showed him to be a commanding and compelling artist, increasingly so as the Concerto unfolded, for Bloxham delivered a magnificent account of the solo part, sensitive and strong, architecturally superb – an engrossing assumption of this great work.

In this, Farmer and the LFO were very good partners, although the heftiest tuttis – once again – tended to get out of hand in terms of volume, the coda to the first movement being more than a little overblown, as though it were by Mahler or Richard Strauss. Nor were conductor and soloist entirely at one in the initial tempo for the finale, but soon settled down, and they must be admired for not permitting the asinine “Bravo!” shouts and applause between movements from certain oiled sections of the audience to throw them off-course. Bloxham fully deserved his encore – the ‘Sarabande’ from J. S. Bach’s G major Cello Suite (BWV1007). We are sure to hear more of this splendid artist in the future.

On the basis of the first half, our fears for Rimsky-Korsakov’s Scheherazade were fulfilled: the loud passages were little more than walls of sound – a pity, for much of the playing was clearly excellent when it could be unthreaded. If this venue continues to be used by the LFO, the management must insist that for, say, ten minutes during the rehearsal the conductor of the day sits near the back of the church and hands the baton to the leader to take the orchestra through several passages – only then will the aural shortcomings of the church be understood by whomsoever the conductor is, who will then have the opportunity – and no excuse not – to balance and adjust the sound accordingly.

That stricture to one side, this was in many ways a very good performance, yet the work is a ‘symphonic suite’, not a kind of up-market Caucasian Sketches. It was the symphonic aspect that was missing on this occasion, for Farmer directed each of the four movements piecemeal, section by section, without binding each into a coherent whole. His tempos were mostly excellently chosen, but the underlying unity and symphonic growth as the work progressed to the finale were absent. No praise could be too high for Sarah Sew though: hers was a flawless and quite superb rendition of this very demanding solo violin part, such as would not have disgraced the leaders (concertmaster on this occasion) of the world’s best orchestras.