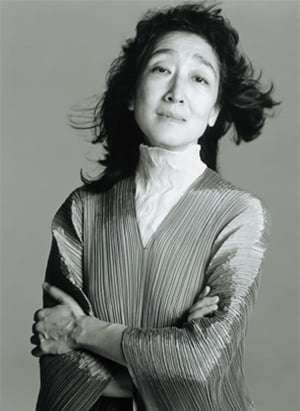 This LSO concert was eased gently if sorrowfully into being by Mitsuko Uchida, her playing of Mozart’s resigned and restrained A minor Rondo having quiet dignity and no little pathos, a tribute to her close colleague and friend Sir Colin Davis who was originally to have conducted. This harmonically discombobulating creation found Uchida ensuring that dynamics and ornaments were integral to the progress of the piece; she also captured as-one the music’s simplicity and complexity; perhaps most importantly, this singular tribute was something that we could all be involved in, once again remembering a much-missed musician.

The LSO members needed for K453 had also been witnesses to Uchida’s homage; thus with Robin Ticciati leading a buoyant accompaniment, stylishly played, she went on to give a crisp and shapely account of a very different Mozart work, the urbane G major Piano Concerto. She was ‘first among equals’ – woodwinds were certainly to the fore – winningly proactive on behalf of the music, corners immaculately turned, the first movement sparkling with good intentions. At the end of the piece, the buffa finale, taken at a genuine Allegretto, was frisky and gallant, also a little roguish and with something saved for the rambunctious and witty coda if via shadows and still reflection, themselves an echo of the slow movement that had been searched for optimum expression and with something operatic unveiled. 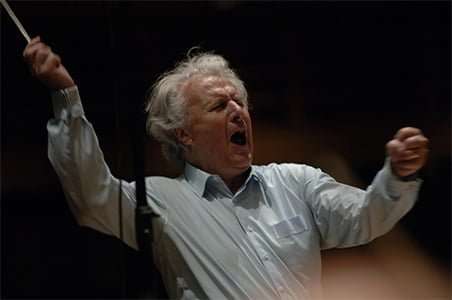 The LSO’s Panufnik Scheme has already commissioned some plums (happily recorded, too, link below) and now has another one in Matthew Kaner’s 12-minute The Calligrapher’s Manuscript inspired by the 17th-century Bavarian, Johann Hering, whose work is personal and experimental. Kaner (born 1986) opens his impressive opus, scored for a standard large orchestra including harp, piano and celesta, in tintinnabulating and shrieking style, suggesting (to this listener) the mysteries of the universe, from piccolo skirls to the deep foundation of a contrabassoon, trumpets sounding a call to attention. The music increases in energy (tom-toms fuelling further incident) until the work’s second half arrives (without interruption) with nocturnal string-writing and delicious woodwind arabesques, Pibroch-like, for something expressive and touching, delicate percussion colours of bells, marimba and glockenspiel adding a further layer of atmosphere. If the LSO plans a second Panufnik Legacies CD (please!), then The Calligrapher’s Manuscript, which is exhilarating and haunting, should certainly be included. This striking piece received an excellent first performance. 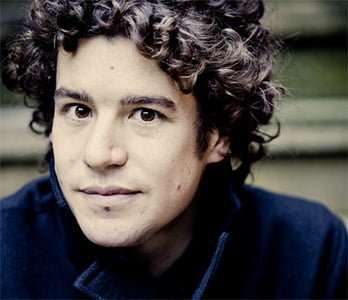 It would have been fascinating to hear what Sir Colin made of Dvořák 5, but good on Robin Ticciati for staying with it. It’s a gem, ostensibly pastoral and full of the composer’s inimitable Bohemian song and dance. Yet it’s a deceptive work with no shortage of Slavonic fire and emotional edge, wonderfully orchestrated, from the opening cooing clarinets taking us into some sort of ‘forest legend’ (Hansel and Gretel sort of thing – Ticciati conducted Humperdinck’s operatic version of this fairy-tale at the Proms in 2010) to the triumphant trumpets that vanquish any demons that sometimes appear in the last movement.

With the LSO in knockout form, not least woodwinds (oboist John Anderson, no relation, outstanding), Ticciati led a bullish account, a little too consciously moulded and emphatic at times (rather losing the music its spontaneity) and very richly sounded in the strings (a shame the violins were no longer antiphonal, maybe a consequence of the platform layout for the Kaner), rather too much so for all the impressive depth and polish. Such vibrancy robbed the first movement (with exposition repeat) of its finer points if not its ebullience. The slow one though had a nice flow and was certainly soulful, and Ticciati deftly handled the slightly quicker transition into the scherzo, itself given with earthy vitality. Yet the music would have responded more to even quieter pianissimos, to less hectoring timpani, and to lines painted sometimes in watercolours rather than continual heavy oils (light and shade was at a premium). If there is greater subtlety and more-refined poetry to be found within this score’s pages, Ticciati came into his own with the drive and drama of the finale (in which just a few bars are given to a slinky bass clarinet – Dvořák was a great colourist); this quality for the theatrical and his accompanying skills suggest that Glyndebourne has made the right choice in making Robin Ticciati its next music director.