The proposition that London remains the musical capital of the world is not difficult to demonstrate. With five each of international symphony and chamber orchestras, renowned conservatoires, two world-class opera houses and a roster of veritable concert halls – the classical music-lover is more than well taken care of. Yet within those musical organisations are to be found a number of orchestras of somewhat lesser renown, usually made up by younger professional and semi-professional players, into which category the London Firebird Orchestra (now in its fifth Season) must be considered.

One of the attractions of these ensembles is their frequent programming of lesser-known works, often overlooked by the major orchestras. But when a programme that might be encountered almost any night of the week is offered, the critic is potentially placed in an awkward position: should one apply the highest standards or be somewhat more ‘accommodating’ in appraising the performance? 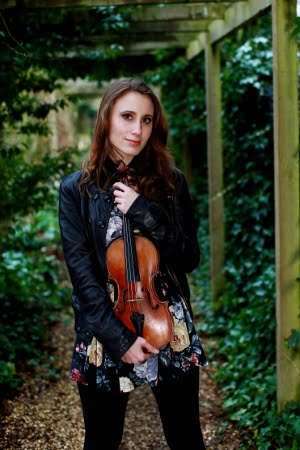 Well, Mozart’s Don Giovanni Overture swept doubts aside in a reading of quite remarkable interpretative quality. St Paul’s Covent Garden does not possess the kindest of acoustics, being rather like a large empty square box, without the saving grace of vaulted wood rafters, so in terms of balance the overall effect, despite the orchestral strength not exceeding fifty players, was certainly rich and full.

The Mozart proved an excellent opener to Sibelius’s Violin Concerto. Jennifer Pike delivered a truly spellbinding account, possessing an opulent tone when called for, sensitive and ethereal on other occasions, and rising to considerable heights of virtuosity and musicianship in the first-movement cadenza. She had the inestimable advantage of a conductor who likewise sees the work as genuinely symphonic – for, in those relatively lengthy orchestral passages in the first and second movements, George Jackson raised the stature of the music to a rarely-encountered level, absolutely enthralling from first bar to last.

Sitting near the back of the church for Dvořák’s Eighth Symphony, from my new perspective, the shortcomings in balance were more evident – as were aspects of Jackson’s reading. This may be Dvořák’s sunniest Symphony (it is), but it is still a genuinely symphonic masterpiece, the fullest realisation of which is to find tempos that cohere each movement, and in that aspect Jackson was less impressive.

Such is the apparent episodic nature of Dvořák’s writing that it is all-too-easy to fall into the trap of a sectionalised approach, but, once having set his tempo, Dvořák rarely leaves it in the first three movements, and always returns to it at significant structural moments. The Finale is more challenging in that regard, conductors tending to fall into the trap of making it a succession of events rather than varied aspects of the work’s initial flute theme, arising from the Symphony’s first pages; in this regard, Jackson may have been tempted by the dramatic contrasts rather than the underlying threads.

In this acoustic, the account overall was less compelling than one had hoped, especially in the treatment of the third movement’s opening anacrusis almost as a triplet rather than unveiling an opening vista, newly glimpsed (though it was better in the repeat), and the tempo of the second movement tutti after the solo violin passage (very finely played by Jacqueline Martens) did not possess the flow it demands. In the Finale, the noble theme that follows the opening trumpet fanfare needed more than five cellos. But in spite of these momentary disappointments, this was, overall, a reading that demonstrated George Jackson’s admirable qualities and command.